A Guide to Teaching English in Vietnam 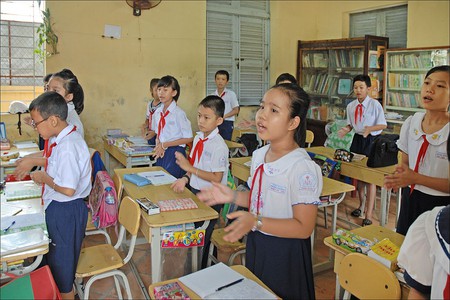 As Vietnam continues along the path toward globalization, English teaching remains the dominant profession for both native and non-native English-speaking foreigners. It is so widespread that you would be hard pressed to find a single expat community nationwide where there was not at least one teacher of some kind. However, this is not to say that all jobs are equal or alike; in fact, the opposite is true. With so much variety, in so many locations across the country, it can all be a bit overwhelming.

Why are there so many jobs?

A decade ago, the Vietnamese government released their plans for an ambitious English language program known as Project 2020. The goal was to have all students who finished secondary schools and universities by the year 2020 proficient in a second language. In many provinces, the program didn’t really kick off until around 2012, yet when it did, it spurned an interest in the English language. While the project’s lofty targets will most likely not be met, it has helped foster an environment where the ability to communicate in English is greatly appreciated and sought after.

As the Vietnamese economy continued to boom, many savvy entrepreneurs set up separate language centers aimed at reinforcing and expanding upon these English-speaking abilities. Most public school students at the time were sitting through 45-minute English classes with 40 or more other students which unfortunately, was not terrifically conducive to learning the language (they still do this today). In nearby Thailand, a lack of jobs and overabundance of teachers had killed the job market; in Vietnam, the opposite became true. The market spiraled upward and led to the surplus of opportunities available today. 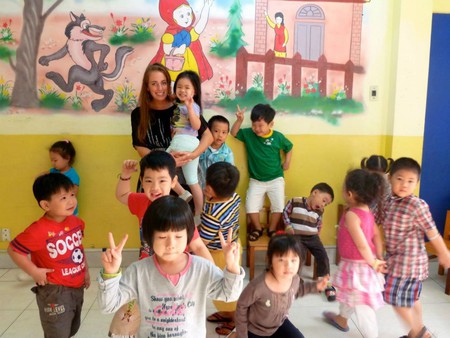 The overwhelming majority of teaching jobs are either in Hanoi in the north or Ho Chi Minh City in the south. Beyond these two regional hubs, there are few positions available in secondary cities such as Danang or Nha Trang, yet nothing really comparable.

Hanoi is the nation’s capital and seat of government. It’s Vietnam’s second largest city and is home to a great deal of history and culture. City landmarks include the Old Quarter which offers a glimpse into the past and Ho Chi Minh’s Mausoleum. A day’s trip from the city center could take you to the imposing limestone karsts of Ninh Binh or to spectacular Ha Long Bay.

Ho Chi Minh City is Hanoi’s free-wheeling rowdy big brother. The country’s economic life blood pumps through the city’s concrete walls, and the parties run all night. Nature is a bit tougher to come by, but the action and energy are overwhelming. 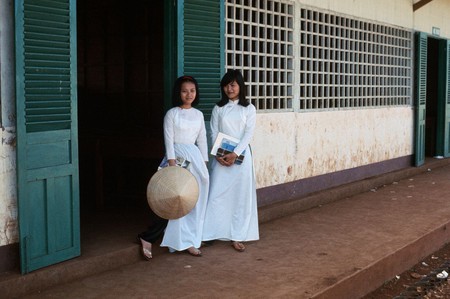 While the government’s original Project 2020 program funded and created numerous English positions, the bulk of jobs available to foreigners now lie outside the public sector. However, some individuals do find jobs in public schools; they work traditional hours and generally teach larger classes. Pay is usually around $15–$20 per teaching hour and 20–25 teaching hours per week is the norm.

Most expats find work in English language centers. These are private institutions that operate after school hours and on the weekends. They are wildly popular throughout the nation and constantly hiring. Some foreigners opt for a three-month stay, while others stay for years. The result is a revolving door of teaching opportunities. Language center teachers usually make $18–$23 per teaching hour. Hours depend on the contract you sign and can range from as low as 9 to as high as 35.

Other foreigners find roles at private or international schools. Their hours are the same as their public school counterparts, yet the pay can be substantially better, sometimes up to $3,000–$4,000 USD a month. Most of these students are the sons and daughters of foreigners living and working abroad. Generally class sizes are smaller.

Still, others find work at universities or as private tutors. Pay and workload for these individuals varies drastically. 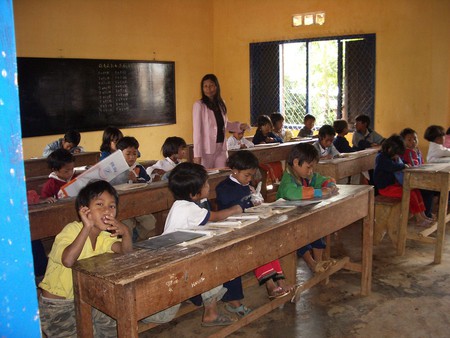 For the majority of expats working in English language centers, the days are free and weeknights and weekends are for teaching. Most teachers have 1–3 nights free a week and can expect rather busy weekends. Schedules are not always consistent, as expat teachers are not the most reliable of employees, so expect your nights off to change, at least when you begin. Vacation depends on the language center and nights out are usually Sunday and Thursday.

For those teaching public school, the schedule is similar to anything back home. Weekends are free and early weekday mornings are expected. Friday and Saturday are your nights on the town. 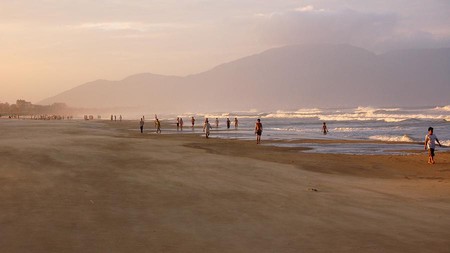