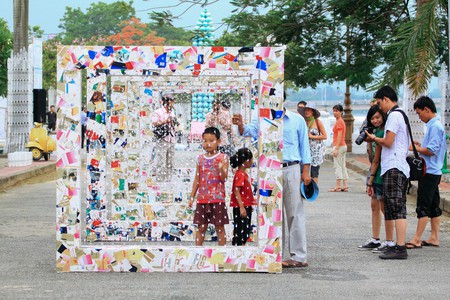 The 10th annual Hue Festival is currently underway, starting on April 27 and closing on May 2. It is a cultural spectacle celebrating Hue’s legacy as Vietnam’s imperial capital and the site of Vietnam’s last ruling dynasty. The festival features elaborate performances at historical sites around the city, as well as banquets, art displays, fashion shows and outdoor gatherings. Here is a guide to Vietnam’s 2018 Hue Festival. 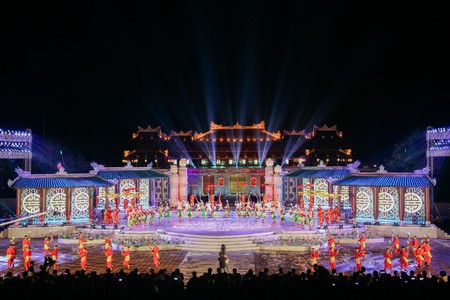 This year’s opening performance on April 27 presented the UNESCO heritage theme through music and dance, and is the same location where the closing ceremonies will occur on May 2 at 8pm. 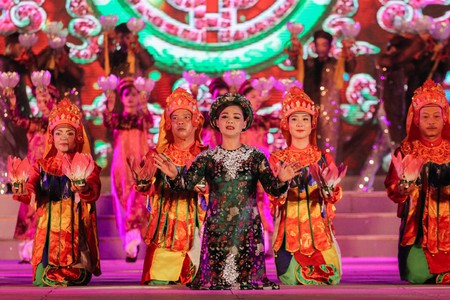 More than 800 talented Vietnamese artists are involved in this year’s festival, as well as over 400 traditional and contemporary artists from various countries around the world. Artists hailing from Korea, Thailand, Sri Lanka and many other nations will perform on stage to share their culture with festival attendees. Keep your eye out for anticipated performances by Berywam, a French acapella group, and Pambil, a Colombian drumming troupe. 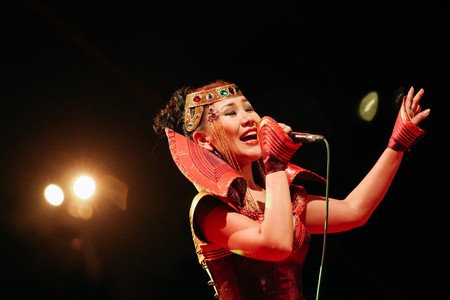 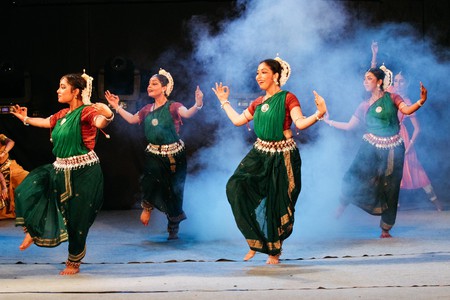 Performers from around the world share their culture with attendees in Hue, 2018 | Vu Pham Van / © Culture Trip

There are several big performances scheduled if you’re looking to catch some of Vietnam’s best musical talent. Trinh Cong Son’s Music Concert at Phu Van Lau Park on April 28, Hue’s Love Song Concert at the Provincial Culture and Information Center on April 29, and especially the National Competition of Ritual Singing (April 26-28) at the same location are all shows you won’t want to miss. 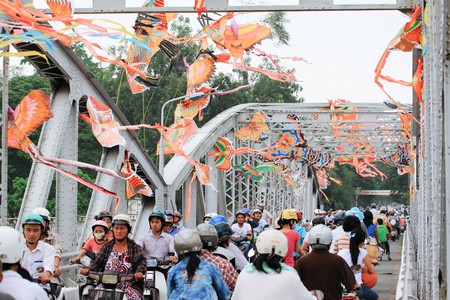 Aside from the scheduled performances, numerous outdoor art exhibits, installations, street performances and markets adorn Hue’s streets. If you’re interested in exploring, rent a bicycle and take a short scenic ride to check out various exhibits and events taking place in Hue’s surrounding villages. Nearby areas will have several open-air markets with local staple foods, colourful crafts, artworks and more. There will also be boat races along the river, human chess competitions, and even a hot air balloon show! 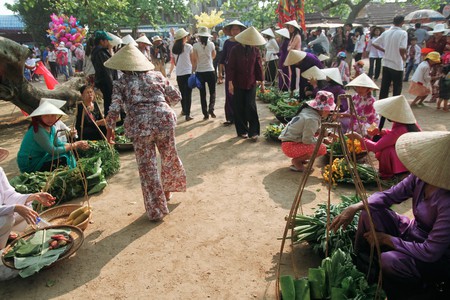 The streets in and around the city will host street performances and outdoor art exhibits. Keep your eye out for lion dance performances and stilt-walkers from Belgium. At night, Hue’s Perfume River will be the place to take in more artistic performances. 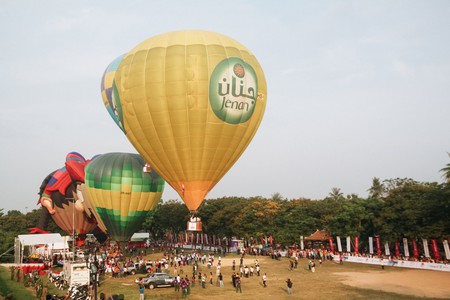 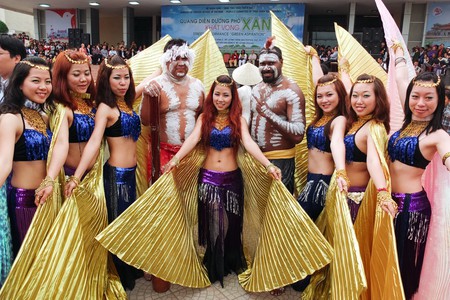 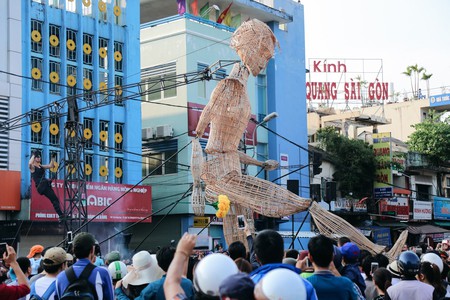 The Hue Citadel and An Dinh Palace, both ancient landmarks cementing Hue’s significant status as the location of Vietnam’s imperial city and last ruling dynasty, are where numerous performances and gatherings will take place during the festival. The citadel is beautifully illuminated with colourful lights come nightfall. 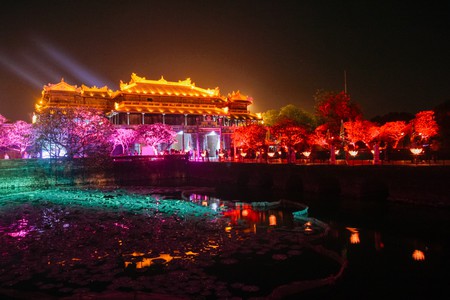 You can find a detailed list of ticket agents around Hue here and a full list of performances here. Attending this popular festival is sure to astonish you with dazzling artistic talent from around the world, while also giving you the opportunity to sample Hue’s delicious cuisine. The festival is also a great chance to admire how far the city has evolved from the site of the last members of the Nguyen dynasty to a rising star in Vietnamese tourism. Check it out before the festival closes on May 2, or you’ll have to wait another year to witness this cultural extravaganza! 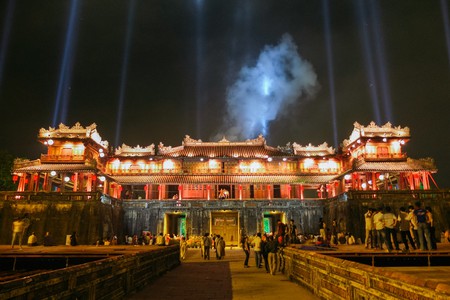