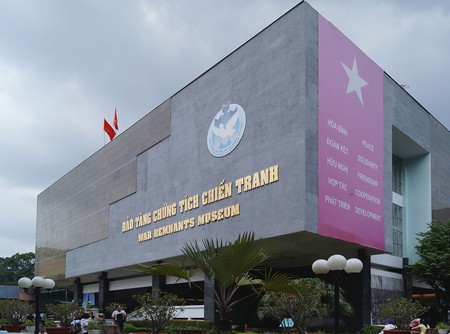 On streets lined with restaurants, banks and government buildings, in the heart of Ho Chi Minh City, you don’t expect to come across an American Huey helicopter parked next to an M48 Patton tank. They look like things you’ve seen in documentaries, more suited to an army base than a busy urban neighborhood. Here, at the War Remnants Museum, 500,000 visitors a year come to see how war has shaped modern Vietnam.

History behind the history

Just months after the fall of Saigon, in 1975, the government of Vietnam opened the “Exhibition House for US and Puppet Crimes.” From its inception, the museum featured propaganda that highlighted the horrors of war with a heavy political bent. American atrocities, both real and exaggerated, were the primary message. But when America and Vietnam normalized relations in the 90s, the name of the museum changed to the “Exhibition House for Crimes of War and Aggression,” before finally ending up as the name it still has today — a diplomatic trade off for the lifting of sanctions, which had crippled the Vietnamese economy.

What there is to see

The first thing you’ll notice are the large pieces of authentic military hardware outside the main building. As the northern troops pushed south, toward the end of the war, the ARVN — the southern army — fled in droves, leaving behind billions of dollars of American equipment in their wake. With that new hardware, as well as what the Americans jettisoned when Saigon finally fell, the government in Hanoi had plenty of display pieces to choose from. 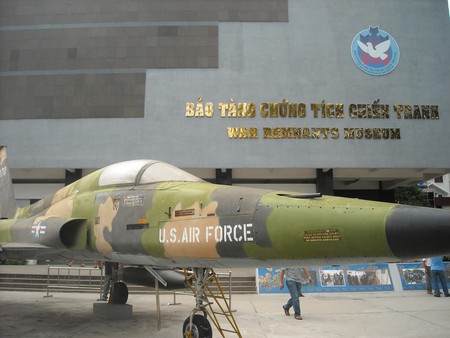 The F-5A fighter inside the front entrance gets the most publicity, but it’s the UH-1 “Huey” that foreigners will more likely recognize, as some of the most dramatic footage of the war came from the landing zones where these choppers ferried mobile units into intense firefights. But, while these pieces are impressive, it’s the exhibits inside that leave the deepest impression. 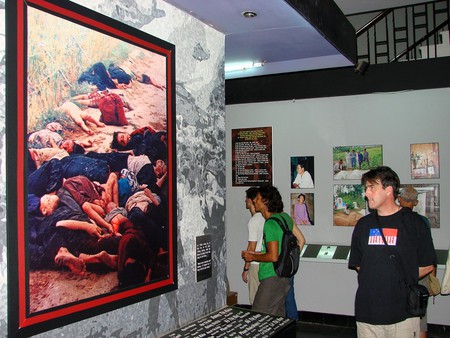 Images showing the horrors of the Vietnam War | © Adam Jones/Flickr

The photos, prominently displayed, are simply horrific. There are bodies blown to pieces, families grieving over the corpses of children, and every kind of gruesome injury. If you’re squeamish, then keep your eye on the pieces of equipment in the displays, because the photos are very real. But shocking sights like these are necessary, if only to remind us why peace is so important.

Some of the main exhibits include the following: displays showing the protests and popular support for peace around the world, features on French and American war crimes, a documentary on the aftereffects of Agent Orange, photos from the collection of Japanese photographer Ishikawa Bunyo, and tiger cages like those used by the French and South Vietnamese to torture political prisoners. 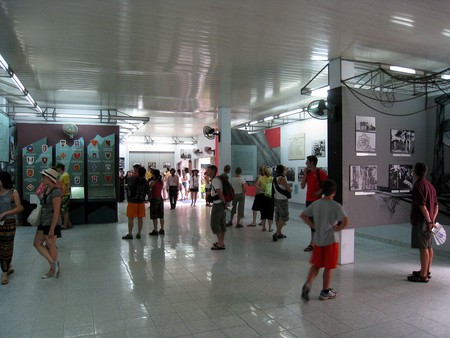 The easiest way to get to the museum is by taxi, which are readily available in all the touristy areas. The trip should cost less than 50,000 VND ($2.21 USD) from District 1. However, there are several fake taxi companies that prey on foreigners, so make sure your taxi is either Vinasun (white with red and green trim) or Mai Linh (green). If you want to save some money, and you’re feeling adventurous, here’s the bus map. The Grab and Uber apps are also great choices. Be wary of motorbike taxis (xe ôm), as they are notorious cheats.