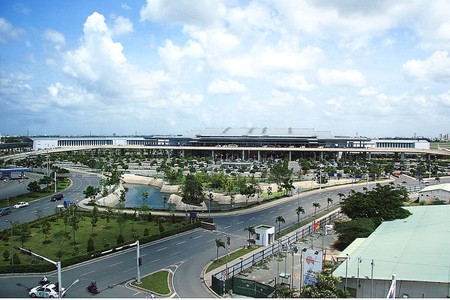 With over 32 million passengers passing through its two terminals in 2016, Ho Chi Minh’s Tan Son Nhat International Airport is by far the nation’s busiest. The convenient location, just four miles outside the city centre, makes this a far more attractive starting point for foreigners than Noi Bai in Hanoi. However, as Tan Son Nhat is quite small by international standards, it is currently far surpassing its yearly capacity and as a result long lines and delays are not uncommon.

Upon arrival, make your way toward immigration; signs are clear and easy to read. For those who don’t need a visa on arrival head straight toward the desks. The lines here can be painfully slow, so be prepared. For those who need their visa on arrival, head to the counter on the left and find a spot in line. This can also take quite some time and the process is in no way perfect so stand by the window to ensure your paperwork gets seen. It’s important to keep in mind that visa rules are constantly in a state of flux in Vietnam, so double check before flying.

The baggage claim is just down the escalators beyond immigration. In the cavernous front room you’ll find currency exchanges and ATMs as well. 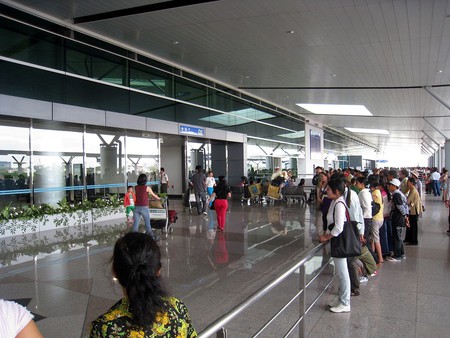 If you’re arriving by cab, ensure your driver drops you at the correct terminal. While international and domestic terminals are connected, it can be quite a hike from one to the other. On the sidewalk in front of the international terminal there are few different fast food options. If you arrive early it’s not a bad idea to eat here as prices are generally cheaper than the food court inside

Currency exchanges and ATMs are easy to find in the check-in area as are a few cafes and sitting areas. After checking in, the room funnels to the centrally located immigration control and then to security. Usually this is much quicker than immigration upon arrival.

Once past security, the international terminal stretches a long way from left to right. Shops line the hallway and escalators lead down to the gates. Heading left once inside security, there’s an escalator up to a mediocre food court. There are some duty free options and more currency exchanges scattered throughout the area.

The domestic terminal (Terminal 1) is located to the left of international. The setup is similar inside and checkin is relatively easy. To get to security, make your way to the back left of the check-in room and take the escalator to the second floor. The domestic security line moves at a reasonable pace and funnels guests toward a hallway that leads to the gates. If you’ve got time to kill, there are various eating options scattered across the floor.

Getting in and out

It is important to note that many of the taxis out front of both the domestic and international terminals will blatantly rip you off. The only two that you can trust are Mai Linh and Vinasun. Even in these taxis you should make sure the meter is turned on. Generally, it should cost around 150,000 VND to get to the city centre. It should never be more 200,000 VND.

Before heading to Tan Son Nhat, it’s not a bad idea to do some research. The airport, like much of Vietnam, is constantly going through changes. Eventually, due to overcrowding, all international flights will arrive and depart from Long Thanh airport in nearby Dong Nai province. It is scheduled to be finished by 2025.