A Guide to the Art Galleries and Collectives of Hanoi 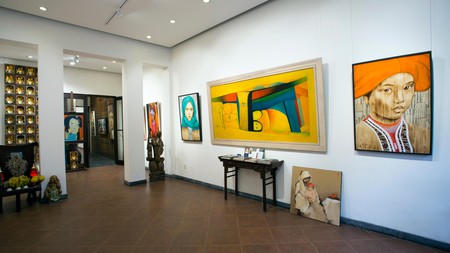 Hanoi is a heartland for the arts in Vietnam, with new collectives and galleries opening all the time | © Nalidsa / Alamy Stock Photo

Hanoi, Vietnam’s capital, is home to more than just culinary delights and cultural sites. Look beyond the architecture and numerous coffee shops, and you’ll find an emerging art scene that’s brimming with talent and creativity. Here’s our guide to the city’s art galleries and collectives.

Art in Hanoi has flourished post-Doi Moi, with the economic reforms that set the country off on a trajectory of rapid economic growth allowing artists greater freedom of expression. Today, Vietnamese art has veered away from the classical styles and propaganda that once defined it in favour of provocative work that isn’t afraid to explore and engage in social issues. 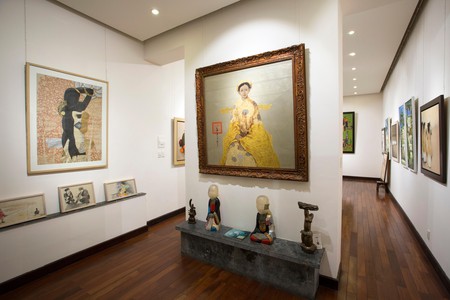 As the scene has developed, a number of art galleries and collectives have emerged, giving an evolving roster of contemporary local and international artists spaces to show and promote their work. These spaces have fostered the brightest talents and supported fledgling artists. Here’s our list of galleries and artist collectives in Hanoi you should check out. 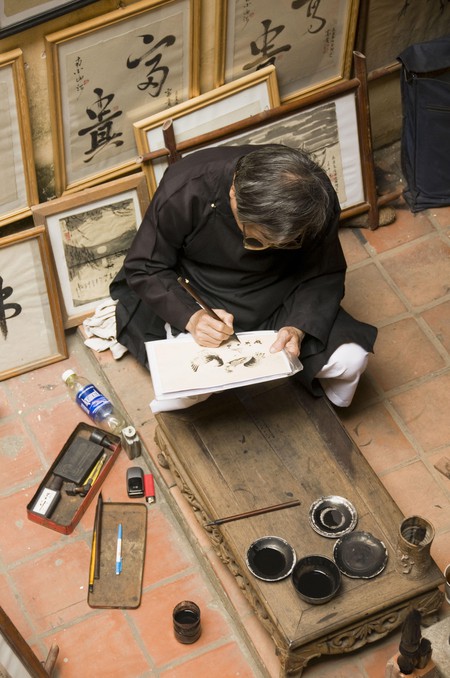 Nha San Studio was the country’s first and longest-running artist-run space, founded by Tran Luong and Nguyen Manh Duc in 1998, and was known for nurturing Vietnam’s first crop of avant garde artists and promoting Hanoi’s experimental arts scene. The space was initially housed in Nguyen Manh Duc’s home, a Muong house built on wooden stilts. The studio had to be moved several times throughout the years, including a stint at the now-defunct Zone 9, which housed a dozen or so artistic endeavours, including galleries, shops and cafés, in a compound of colonial-era buildings and a former pharmaceutical factory. It was shut down in 2011. After its closure, the group existed in the form of mobile and guerrilla projects before finally forming Nha San Collective in 2013 and finding a new home in Ba Dinh.

Located in the centre of Hanoi, Manzi has established itself as one of the most reputable galleries in the city, consistently showcasing daring talents and promising young artists and holding exhibits, workshops and performances that challenge stereotypes and perspectives. Manzi funds itself through two establishments: an exhibition space/artist’s residency and a café/shop that’s housed in a quaint colonial-era villa that serves coffee as good as the art that hangs on its walls. Both are located within walking distance of each other and neither should be missed.

The recently opened QUA. is the latest addition to Hanoi’s art scene. Located on the ground floor of Hanoi Rock City, a go-to for live music, QUA. boasts an extensive collection of zines from the Hanoi Zine Library, an ever-growing archive of DIY mini-magazines and booklets handmade by both local and foreign artists. Apart from championing the zine scene, QUA. also hosts workshops and events on a regular basis and aims to support Hanoi creatives.

Established in 2013 by Claire Driscoll and Dorian Gibb, Work Room Four is a multidisciplinary art and design studio with a primary focus on creative collaboration. Apart from its work in design consultancy, it also manages a small gallery in a modest space in West Lake, Hanoi’s expat enclave. The group is also the brains behind Art For You, an annual collaboration with Manzi that provides affordable art to the public.

Located in the heart of Hanoi’s French Quarter, just a stone’s throw away from the iconic Hanoi Opera House, Green Palm Gallery features work from a roster of local luminaries and emerging artists, with pieces that seek to challenge the status quo in the form of both traditional and conceptual art. If you’re interested in buying one of the works, you can trust their highly trained and knowledgable staff to give you the lowdown on each artist. And should you purchase a piece, each artwork will come with its own certificate of authenticity.

Located in Keangnam Landmark Tower, the country’s highest skyscraper at 72 storeys, CUC Gallery is committed to supporting Vietnam’s fine arts by hosting an array of events and exhibits that feature the work of local contemporary artists. Most recently, it was included among 20 galleries from across Asia in SEA Focus 2020, which hosted the selected galleries at Singapore’s Gillman Barracks.