A Food-Lover’s Tour of Vietnam 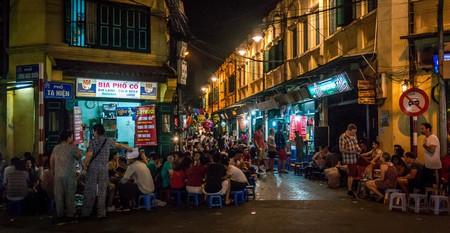 Some countries have great food, some have an engrossing history and some are beautiful beyond belief. Vietnam, however, has all three in spades. With its colonial past and a number of ethnic minority groups, Vietnam is more than just about pho – it’s a whole host of tastes, flavour combinations and food experiences just waiting to be discovered. Here’s a sneak peek.

Where better to start than in Hanoi, Vietnam’s capital and the place from which pho originates? Vietnam’s famous noodle soup dish gained popularity following the war with the US and has become a Vietnamese staple ever since, as well as finding its way into menus all over the world. For such a simple dish consisting of broth, rice noodles, herbs and beef or chicken, the flavours can be surprisingly complex, and you might note the difference between Hanoi pho and Saigon pho. Another local favourite in Hanoi is cha ca, a turmeric-spiced fish dish, and bánh cuốn, a light meal containing steamed rice noodle sheets stuffed with pork and mushrooms and served alongside a sweet fish sauce. You won’t have trouble finding these foods in Hanoi – it’d be hard to find a street in the Old Quarter that isn’t selling them. 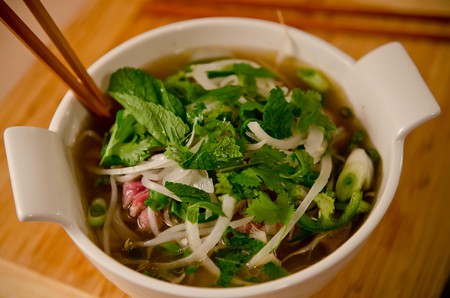 The Hmong people who inhabit Sapa’s mountains are warm and friendly, and many visitors leave the area with a handmade souvenir – but a great way to create real memories is to share in their unique, special dishes. Thắng cố, consisting of spiced horsemeat and organs, might not sound too palatable but has a surprisingly pleasant taste, and is a dish many may not have the chance to try again. For the squeamish, the charcoal-roasted pork dish Sapa cap nach pork might be a better choice. Both can be found at markets in Sapa and in the surrounding region.

The former capital city of Vietnam, Hue’s famous dish is bún bò Huế. A noodle soup that’s lived in pho’s shadow for too long, bún bò Huế is a far more exciting eating experience, with saltiness, spice, sweetness and sour tastes all prevalent and with distinctive lemongrass notes served among thicker rice noodles. Despite the name implying it contains beef, it’s common to also find pork products in this dish, alongside the usual veggies. A perfect meal to replenish your energy after exploring the imperial ruins of Hue. 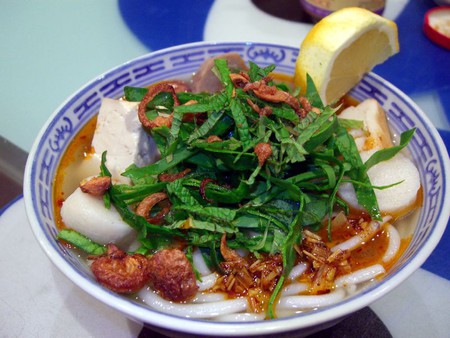 After spending all afternoon wandering around Hoi An’s UNESCO World Heritage yellow-brown buildings, one could be forgiven for being sick of the colour – but exceptions must be made for cao Lầu. A dish that’s only found in Hoi An, cao lầu sees noodles the colour of Hoi An’s famous buildings served in a bowl alongside barbecued pork and locally sourced mixed greens. It can be hard to sort truth from myth – some say cao lầu can only be made with water from an ancient well and with lye ash from a local tree – but one fact is obvious: it’s a delicious, must-try dish for any visitor to Hoi An. Another mouthwatering meal to try here is the com ga Hoi An – a classic chicken and rice dish that’s available all over the city. 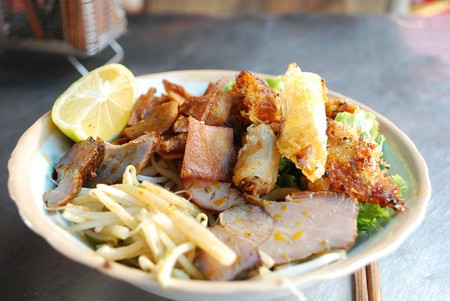 A drink in Dalat

We’re venturing into Vietnam’s cool highlands now, and there’s one product known all over the country that’s synonymous with Dalat – coffee. Dalat’s altitude and atmosphere make it a great place to grow coffee, and indeed you’ll see it sold everywhere in Vietnam. With a number of quirky cafés to visit, and from classic brewing methods to egg java available to try, your cup of joe in the office canteen might seem a little underwhelming on your return – though you could always bring some back with you. Dalat’s highlands also make it one of the only places in Vietnam where strawberries grow, so you might want to treat yourself to strawberry ice cream while you’re here – after all, your culinary tour is almost over. 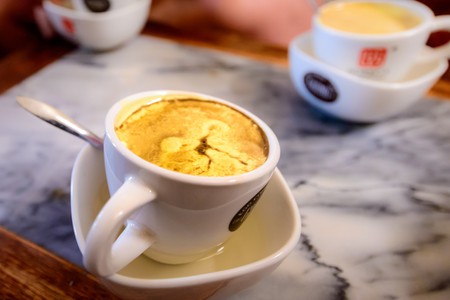 A real Saigon signature is com tam, or broken rice. A great way to reuse broken rice that’s left over, it sees meats such as pork chops, pork skin, chicken or fish patties served on top of the broken rice and garnished with the usual Vietnamese fare. However, we started with pho and so it’s natural to end with perhaps Vietnam’s second most famous dish – banh mi. This sandwich is a real throwback to colonial French rule and sees various pork or other meat products served inside a crispy baguette alongside cheese, pate and crispy vegetables. Available on every other street corner, the best ones can see you waiting a fair while, because their delicious taste and ease of eating makes them a popular choice for Vietnamese and backpackers alike. It sure beats a ham sandwich, anyway. 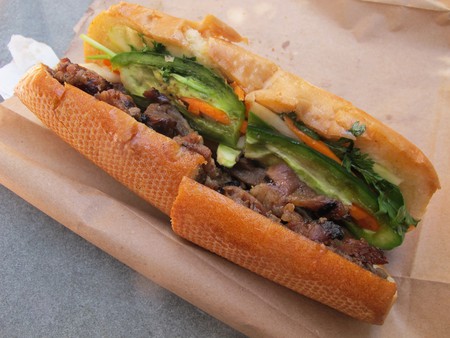 Ready to enjoy the flavours of Vietnam for yourself? Check out Intrepid Travel’s range of Vietnamese adventures today, including a food-lover’s journey through this amazing country.