The 10 Best Motorbike Routes in Vietnam 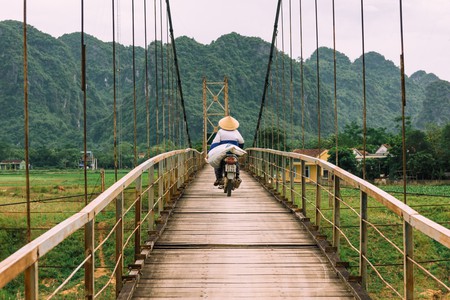 Looking to tackle the most beautiful mountain roads in Vietnam? Gear up for the adventure of a lifetime as you drive your motorbike across the country’s 10 best routes.

If you’re an experienced motorbike driver and have a trip planned for Vietnam, then there is no excuse not to experience these incredible routes. Take a slow journey, enjoy your surroundings and give yourself ample time to stop and take it all in.

The Hải Vân Pass is one of the most popular and scenic mountain passes in Vietnam. The name translates to “ocean cloud pass” in English, revealing exactly what it is: Those who travel up its winding roads leave behind an ocean backdrop, ascending through twists and turns into mountains of lush jungles topped by clouds. Jeremy Clarkson of Top Gear called the road “a deserted ribbon of perfection — one of the best coastal roads in the world.” 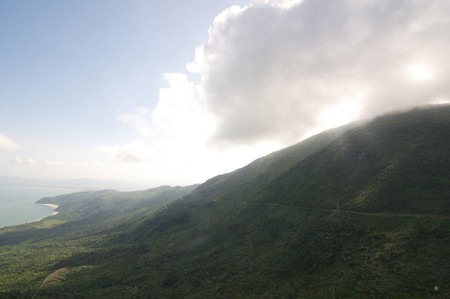 This 13-mile pass connects Da Nang to Huế, both popular stops along a backpacker’s itinerary. It is best to try this route between the sunnier months of April and July so you can also stop over at Lăng Cô Lagoon and beach for a refreshing swim. In 2005, a tunnel opened beneath the mountain, giving riders a choice between a quicker drive or the scenic route.

The Hà Giang Loop is a 300-kilometer (186-mile) winding road in the northern province of Hà Giang, bordering the Yunnan Province of China. It is often described as the most spectacular ride in the country and takes travelers about four days to complete. However, this route is not for beginners. Expect hundreds of hairpin turns, mountain scenery and friendly local hill tribes such as the H’Mong people, who inhabit this area. Multiple viewpoints are scattered throughout for stunning panoramas. Check out the Hà Giang Loop between June to November. Avoid it during the rainy season.

Pro tip: Plan your trip to coincide with the Sunday Market in Đồng Văn for a fascinating pitstop. 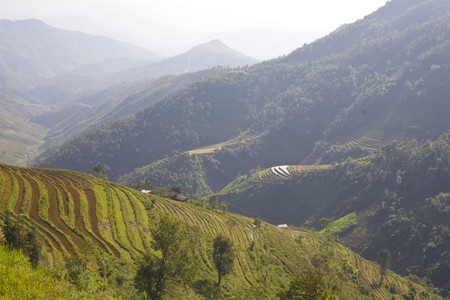 The QL34 is another route along the Chinese border, with heavenly views on either side. It connects the city of Cao Bằng all the way to Ban Gioc-Detian Falls, a waterfall that rests just along national lines. Plenty of detours can be made, such as at the Ngườm Ngao and Cốc Bó Caves, where Ho Chi Minh gathered revolutionary forces in 1941.

Ô Quy Hồ is the longest mountain pass in Vietnam, stretching for about 50 kilometres (31 miles) on National Highway 4D. It connects Lào Cai to Lai Châu, running along the Hoàng Liên Sơn mountain range. Its peak reaches an altitude of 1,999 meters (6,560 feet) in a place called Heaven’s Gate. Visually stunning and equally dangerous, this pass is known for its hairpin turns lying perched over an abyss, gurgling streams and beautiful waterfalls — with panoramic views of the surrounding mountains and valleys. 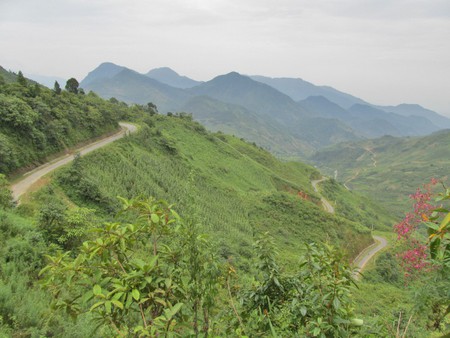 The road to Đà Lạt from Nam Cát Tiên is a sight to behold. Head up the imaginatively-named DT725, which does no justice to the glorious landscape continuously changing as you experience its spectacular twists and turns. Thanks to the great condition it is in, cruising along this road is a lot faster-paced than others, allowing you to up the ante for a thrilling ride. Try not to lose your concentration when it comes to those winding bends — the beautiful scenery can be distracting.

The DT652 is a favourite route among locals, connecting two popular travel destinations that seem a world apart: slow-paced, cool Đà Lạt in the mountains, and hot, buzzing Nha Trang on the coast. The pass takes around five hours to complete, with twists through mountains and forests on each side. You’ll find awesome pitstops along the way to get some food or coffee. 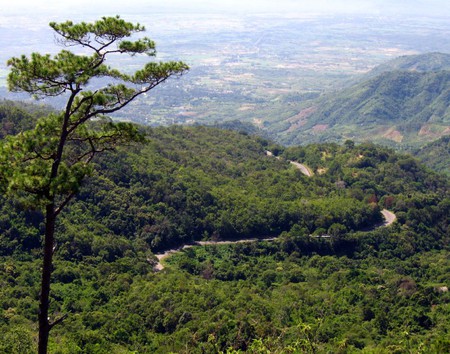 Looking for a refreshment? The road to Nha Trang provides pitstops along the way | © tuey / Flickr

Take enormous ascents and descents and combine them with twists and turns, bursts of open straits and breathtaking views, and you have the road from Khe Sanh to Phong Nha. It’s hard not to stop every five minutes and pull out your camera on this scenic journey. As drivers near Phong Nha, they follow rivers and cross through farmlands. Then, the turquoise lakes of Phong Nha-Ke Bang National Park come into view, raw and untouched, with plenty of opportunities to get off the beaten track.

Ninh Bình is a popular backpacker spot, known for its spectacular natural beauty that has earned it the nickname “Ha Long Bay on Land”. It is a region full of mountains, rivers, rice paddies and caves (and, unfortunately, quite a lot of tourists). The Nam Ma River Route offers a similar landscape to Ninh Bình, yet undisturbed by crowds. Get on the Ho Chi Minh Highway south of Hanoi until the QL217, following this until the town of Vĩnh Minh. From there, follow the road called Đê tả sông Mã that runs parallel to the river until it meets back with the QL1A. Sầm Sơn Beach is a great final destination to reward yourself after the long hours on the road.

Riders have several routes to choose from when they travel between Ho Chi Minh City and Da Nang. Two of the more popular routes are either along the coast — with stops in places like Qui Nhơn and Nha Trang — or inland, along the border with Laos. Both are fine choices, but there’s another option that will show you a different side of Vietnam that many foreigners don’t see. If you’re heading north and not taking the coastal route, you’ll likely pass through Pleiku on your way to Kon Tum. Instead of following the AH17 by way of the QL14E, veer onto the QL24 instead. And when you get to Quảng Ngãi, try their signature dish: Mì Quảng.

If you love sea, sand and sun, then hit the Vietnam southern coastal road. You could start in Da Nang and head south, but we recommend you make your way out of Ho Chi Minh City instead. For starters, it’s much easier to find gear in the big city — a motorbike to buy/rent, camping gear, clothing, etc. — but it’s also more pleasant to finish your drive in Hoi An or Da Nang. Many riders stick to the main highways to make their schedule, but that’s not what we have in mind. Start south to Ho Tram Beach and make your way north, with stops in La Gi, Mũi Né, Phan Rang, Cam Ranh, Nha Trang, Tuy Hòa, Quy Nhơn, Quảng Ngãi and, finally, Hoi An — or any place along the way that you like. This way, you will enjoy the best of what the coast has to offer. 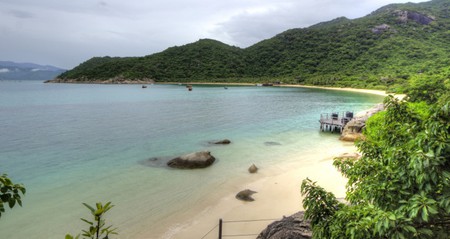