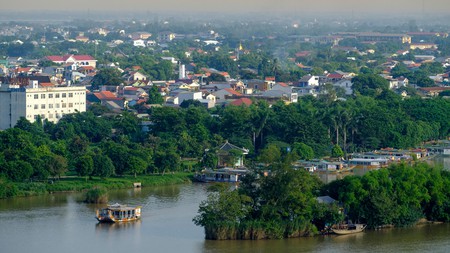 From rocky inlets to sandy lagoons, the central coast of Vietnam is perhaps the most striking portion of this beautiful nation. This is an area of great cultural and historical significance, home to fascinating cities both well-travelled and hardly yet explored. For those visiting central Vietnam, these are our favourite cities.

Want to visit Vietnam? Let our local insider show you the best of the country during Culture Trip’s immersive 12-day Vietnam adventure for small groups.

Danang is the nation’s third-largest city and a nice alternative to the cultural capital of Hanoi in the north and the economic centre of Ho Chi Minh in the south. Growing between the eastern peaks of the Annamite mountain range and the tranquil waters of the East Sea, this is one Vietnamese city that blends with its natural surroundings. For those interested in motorbike riding, the Hai Van Pass – perhaps Vietnam’s most famous road – lies a short distance to the north. The spectacularly fun zig-zag of tarmac traverses through lush jungle and massive stone boulders as it skirts the sea.

Danang’s downtown area has transformed in recent years and is now one of the most tourist-friendly in the nation. The majority of the action is set on the banks of the Han River. The boardwalk is home to a number of great shops, bars and restaurants. On the weekends, the fire-breathing Dragon Bridge is a must-see.

For those looking to enjoy the sand and sea, Danang and the surrounding area offer some of the best beaches in the country. From the expansive My Khe beach to the secret lagoons and hidden ribbons of gold around Monkey Mountain, there’s a beach for all tastes in Danang. 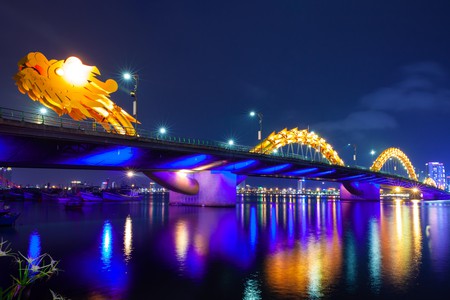 Hue, the nation’s ancient capital, might be the most historically fascinating city in all of Vietnam. Well-preserved temples, pagodas and tombs lie around every corner. There’s so much history here that it’s been named a Unesco site.

The small size of the city makes it a great stop on any trip along the eastern coast. The backpacker district lies feet from the Perfume River and within walking distance of the ancient citadel. Anyone exploring the region should take at least a day to see the Citadel, Minh Mang Tomb, Khai Dinh Tomb and Thien Mu Pagoda.

For the food lover, Hue has some of the most complex and artful cuisine in the nation. Dishes are often well spiced with chilli. For something different and unique to the region, try a bowl of com hem or rice with baby clams. With Culture Trip, you can enjoy a street food tour of Hue and a cooking masterclass as part of our immersive 12-day Vietnam adventure, led by our local insider. 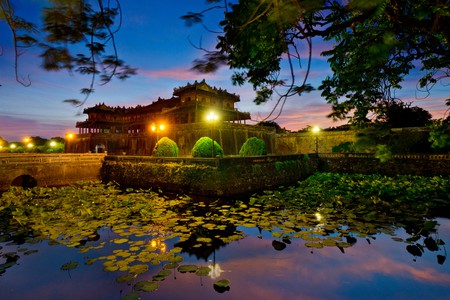 The second Unesco site on our list, Hoi An is one of the most important tourist destinations in the country. An area once home to the Cham people, the small town grew in size and importance between the 15th and 19th centuries, attracting a large number of Chinese and Japanese traders and becoming known internationally as a top-tier Asian trading port. As a result, the well-preserved stucco buildings are awash in both Chinese and Japanese influences.

Today, the city has little in the way of an economy beyond tourism. Travellers often spend a few days to a week exploring the romantic alleyways of the old town, which are hidden beneath the glow of hanging lanterns. Tailors and designers operate storefronts on almost every block and it’s a traveller’s rite of passage to have something hand-made while passing through. 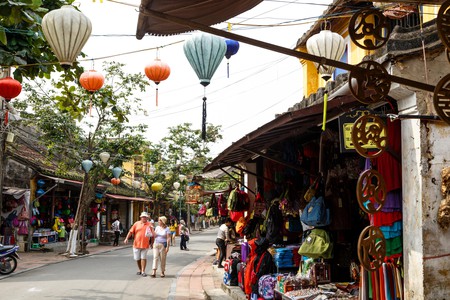 Hoi An is a historic city in central Vietnam | © Y.Levy / Alamy Stock Photo

South of the capital, Hanoi, Dong Hoi is one of the lesser-known cities on our list. The coastal enclave of 160,000 is home to a number of spectacular beaches including The Da Nhay and Bao Ninh, each making a great day trip for anyone visiting the region. Bang Spa, a natural hot spring, is another popular nearby destination among travellers.

Dong Hoi is of particular importance due to its proximity to Phong Nha Ke Bang national park. The park, which lies just 48km (30mi) to the west, is one of Vietnam’s greatest natural treasures. The region’s caves are some of the largest and most fascinating in the world. 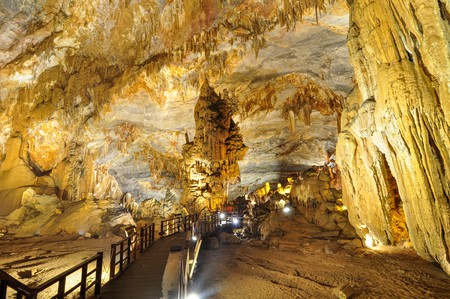 Nestled along the coast halfway between Nha Trang and Hoi An, Qui Nhon is in the midst of a government-planned, tourist-targeted revival. The main beach is one of the cleanest city beaches in Vietnam, hardly developed and well maintained. A boardwalk shrouded in greenery runs parallel to the ocean. Most tourists visiting the region also head 10km (6mi) south of the city to Bai Xep beach, which has become famous throughout Vietnam for its natural beauty. 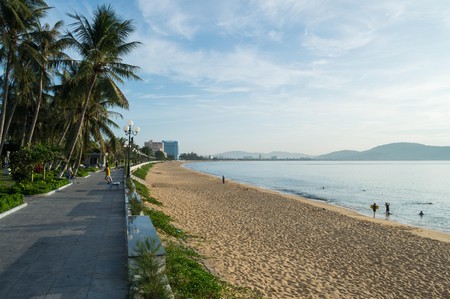