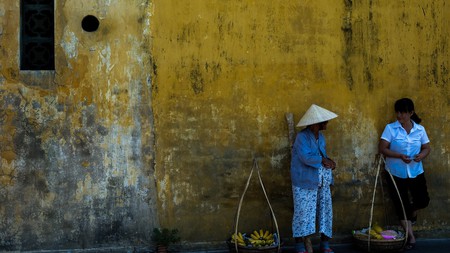 Fruit sellers take to the shade on a hot day in Hội An, Vietnam | Photo by Le_ Hoang___ on Unsplash

Vietnamese is a tough language for English speakers. The writing looks familiar, but what are those letters? And why are there lines and dots and curves all around the words? Don’t worry, we’re here to help. These are the essential phrases you’ll need in Vietnam.

You can now visit Vietnam with Culture Trip as part of a small group of like-minded travellers on our specially curated 12-day Vietnam tour, led by our local insider.

Vietnamese has seemingly endless pronouns, all based on age, status and how long you’ve known the listener. But you really don’t need to learn them all unless you’re planning on staying here for a while. To keep it simple, use this phrase to say ‘hello’. It’s good for everyone. 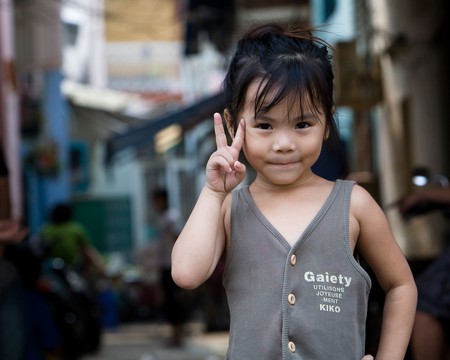 Vietnamese people don’t say ‘thank you’ as much as foreigners, so don’t be surprised if you don’t get a response most of the time. If somebody says it to you, reply with ‘không có gì’ (comb caw zee).

There are a few different ways to say ‘yes’ in Vietnamese, but a simple ‘yah’ is good enough for foreigners. ‘No’ is the same everywhere, but the ‘k’ is silent in the South. It sounds more like ‘how’ with an ‘m’ at the end.

Use this to apologise when you bump into someone, or when you need to get by someone. No need to say it to everyone if the area is crowded, though, because there’s no such thing as personal space in Vietnam. To get the attention of a server in a restaurant, shout out ‘Em ơi!’ (Em oy!) No need to be shy. It’s normal to shout for your server in Vietnam.

Fairly self-explanatory, but add a shrug just in case. One common gesture you’ll see a lot is somebody twisting their hand in the air – almost like they’re changing a light bulb. This means they either can’t help you, or they can’t understand you. And if somebody doesn’t understand you, don’t expect them to hang around waiting for you to repeat it a bunch of times. They’ll usually get out of there quickly to avoid losing face.

Must people understand “bye bye” – but you’ll get some easy smiles if you use this phrase. 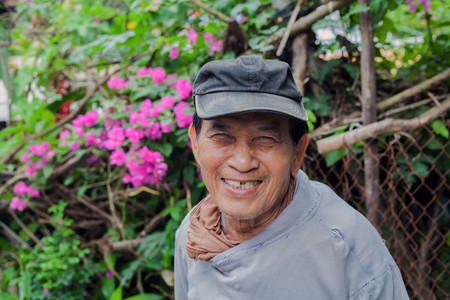 Try this phrase in big cities and small villages but in most of the touristy areas, a simple “toilet?” will do.

If you’re paying attention to the route on your map, which isn’t a bad idea with all the overcharging taxi drivers in this country, use these phrases to get your ride back on track. In the south, replace the “ray-uh” with “way-o,” as in “way-o try” for a left turn. 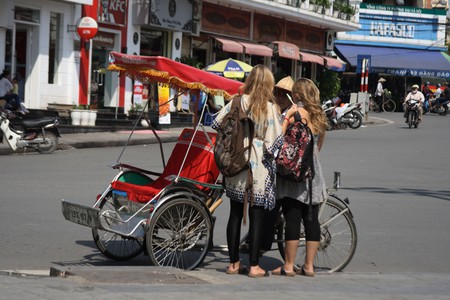 If you want to make this even easier for your driver, replace the phrase for “stop” with a simple “okay”.

Being scared for your life is business-as-usual on Vietnamese roads. Your driver will most likely ignore you, but it’s worth a try. 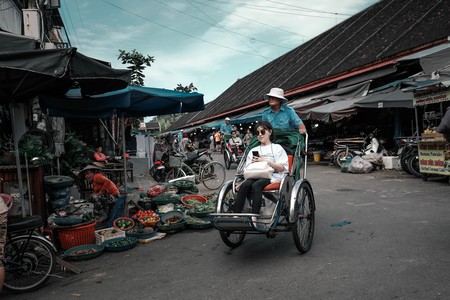 Touring Hội An via rickshaw | Photo by Minh Pham on Unsplash

This will work at most restaurants. It’s the same as it is in English, but the syllables are much more pronounced.

Sugar is added to almost every drink in Vietnam, whether or not you’ve asked for it. So unless you want an extra tablespoon of sugar in every drink, be sure to add this phrase to your order.

In general, Vietnamese food isn’t as spicy as Cambodian or Thai. The Vietnamese custom is usually to let people choose how spicy they want their food by leaving chilies and chilli sauce on the table — except for Huế. Everything is spicy in Huế. 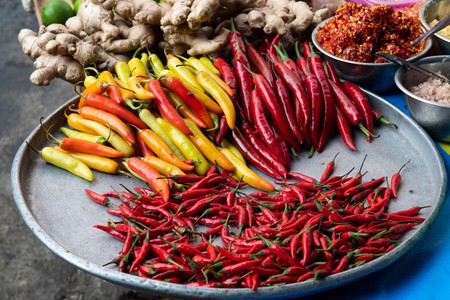 Don’t be afraid to ask for water, as most shops and businesses offer it for free – and if they don’t want to share, they’ll at least point you in the right direction.

The ‘ng’ in ‘ngon’ is pronounced like the sound at the end of eating. Use this phrase for all food and drinks. 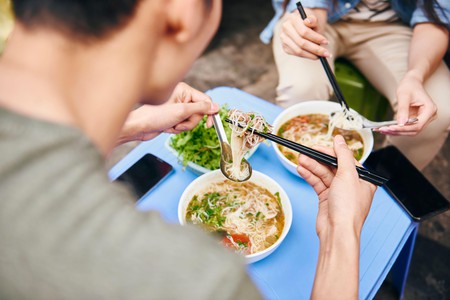 To use this phrase, just point to the object (with an open hand, palm facing down) and ask. Pronounce “bow” like you would for the Japanese show of respect.

Always assume you’re being overcharged in markets. Two-thirds of their starting price is usually a good rule of thumb for where to meet them. If they won’t budge, just walk away and see what happens. 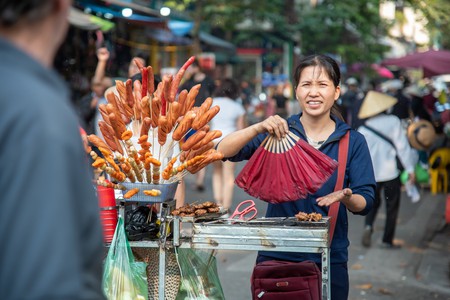 This phrase is used as an extra polite way of saying hello. It’s how friends in Vietnam often greet each other.

It’s rude to drink alone when you’re in a group in Vietnam, so be prepared to say this a lot.

Whenever somebody apologises to you, use this phrase to let them know you’re not upset. Vietnamese people hate to lose face, so you’ll get plenty of smiles if you let the person know you’re not offended.