15 Things We Love About Living in Vietnam 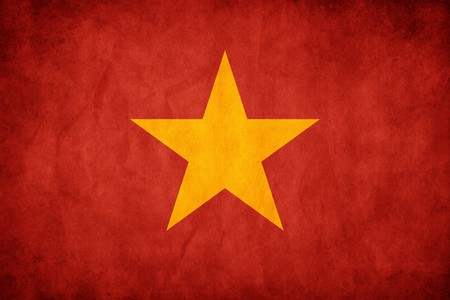 Home away from home | © wisegie/Flickr

If you’re an expat or a digital nomad, Vietnam is one of the best places in the world to live right now. Sure, the language is challenging, and there are significant social issues, but there’s just so much to appreciate about this country. We really do love living here, and here are 15 reasons why.

In many developed countries around the world, healthy food is normally more expensive than the deep fried, sugary and mass produced alternatives. You can either eat something cheap and greasy, like a slice of pizza, or a salad that costs at least double the price. That’s not the case in Vietnam, though. Here, the healthiest foods are usually the cheapest. A bag of fruit so heavy it hurts to carry might cost you $5 USD. 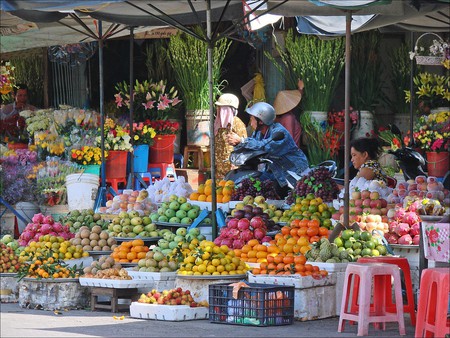 So many fruits to choose from | © Jean-Pierre Dalbéra/Flickr

Motorbikes are fun to drive

Some people would rather let other people do all the driving for them in Vietnam, which is a perfectly fine option thanks to cheap apps like Grab and Uber. But most of the people living here love the two-wheeled lifestyle. It’s dangerous, no doubt, but nothing quite compares to the sense of freedom on a motorbike. 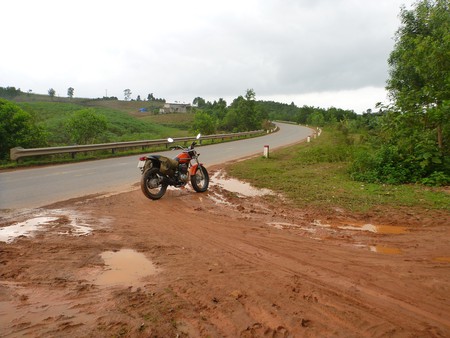 Travelling around Asia is easy and cheap

If you’re in Europe or North America, travelling to Asia isn’t a simple jaunt. You need to plan out the details, save up some extra money and use all those extra days off you’ve been saving up — and nobody enjoys spending half a day on an airplane. But when you live in Vietnam, it’s so easy to travel to places like Thailand, Cambodia, Taiwan, Laos, China, Japan, Myanmar, Malaysia, Indonesia and South Korea. You can even take a week-long trip to one of those countries, because the flights are only a couple of hours and not expensive at all. 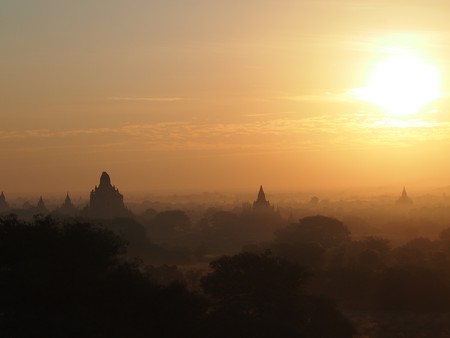 Vietnamese people love having you in their country

For many years, affluent Vietnamese people have left the country in droves, heading to places like Australia, France and America. Today, foreigners often hear the question, “Why do you live in Vietnam?” After all these years of people trying to leave, they wonder why foreigners would want to live in little Vietnam. Once you tell them it’s because you love living here, they fill with pride. They love having foreigners here because it’s just another sign that their country has turned the corner. 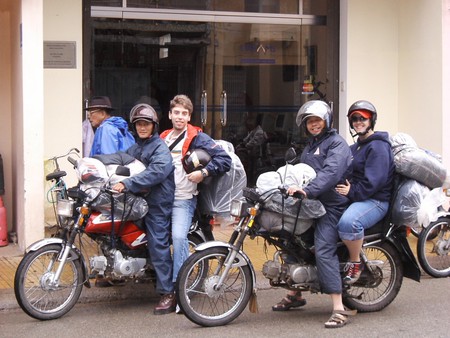 Rainy days are the best

We love any excuse to stay home and curl up with a book, and nothing makes us feel better about being unproductive than a torrential downpour. It’s the perfect excuse. Plus, it’s natural white noise. When you have to go out for work, the rain isn’t all that fun, but those times when you get to blow off plans because of heavy rain? The best. 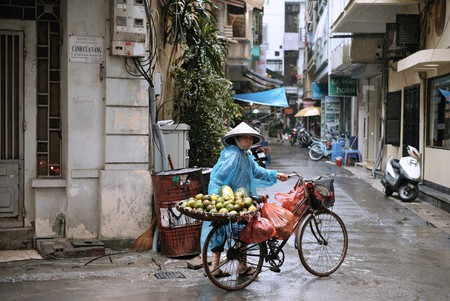 Rain is part of life in Vietnam | © Oscar Saunders/Flickr

The coffee is damn strong

Vietnamese coffee feels like you’ve injected caffeine directly into your jugular, which is exactly what we need when it’s miserably hot outside and we feel sluggish — when the humidity is so high the air feels viscous. Add some ice into the mix and you’re ready for whatever the day brings. 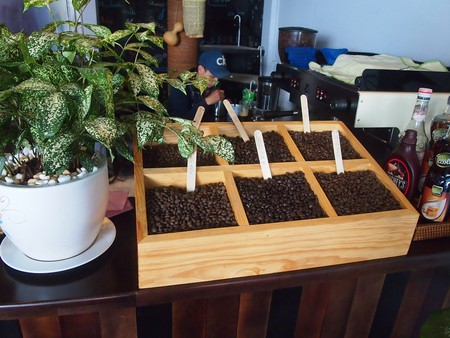 The beach is never far away

Vietnam is a long and thin coast nation, so the beach is always a short drive away. Even if you’re high up in the mountains in the north, you could be swimming in Ha Long Bay in less than half a day. For people living in mega cities like Saigon and Hanoi, it’s always nice to know there’s a lounge chair and an ocean breeze nearby. 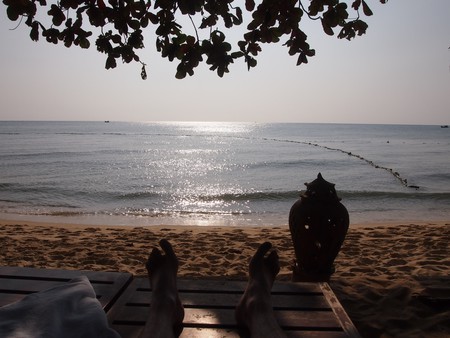 Walking into a Vietnamese market is a complete sensual experience — the smells, the noises and, especially, the weird and wonderful sights. There are pig heads, mounds of colourful fruits, bushels of herbs, trays of freshly caught fish and so much more. 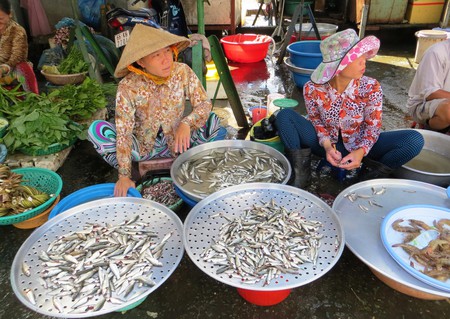 If you’ve got an idea, or a product to sell, Vietnam is where you can get your dream off the ground. Places like Thailand and Central America were once the main destinations for digital nomads, but Vietnam is near the top of the list these days. The costs are low, and the regulatory framework is almost non-existent for many technological fields. 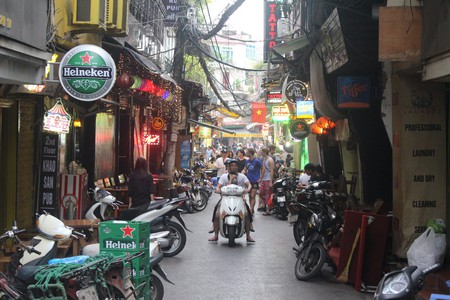 Wouldn't it be cool to live here and work online? | © PS12r/Flickr

Children are part of the family

In too many Western countries, children are kept out of sight — either because the parents are afraid, or because stuffy adults think children are obnoxious, smelly and a constant drain on the nerves. When adults gather, the kids are locked in the basement or sent outside. But that’s not the case in Vietnam. Here, they’re part of the family. They can still be kids, but they’re also put in their place quickly if they step out of line. We love this part of Vietnam. It’s one of the reasons the kids here are so respectful. By being included, they learn how to behave. 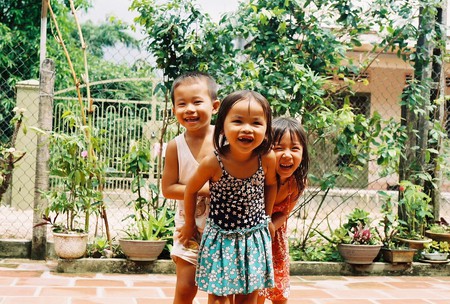 Big smiles all around | © Mike Fernwood/Flickr

Alright, so maybe we like to drink a bit. Luckily for us, Vietnamese people love to drink as well. Beer is the dominant drink here, but the bigger cities — Saigon, Hanoi, Da Nang, Hue — all have excellent cocktail and wine bars. And craft beer is growing quickly as well. Even in the smaller towns and village, you can find a party on just about any night of the week. 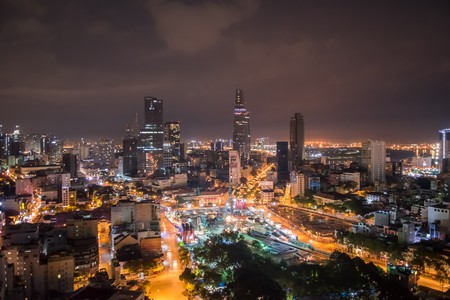 It’s easy to be fashionable

While the brand names might be a tad dubious, Vietnam’s markets and shops are overflowing with fashion styles and trends from around the world. And if you have a different body type, like we do, the tailors here can make whatever you need for cheaper than you would pay for off the shelf clothes back home. We’re not the biggest fans of shopping for clothes, but the low prices do make up for the stress of bartering. 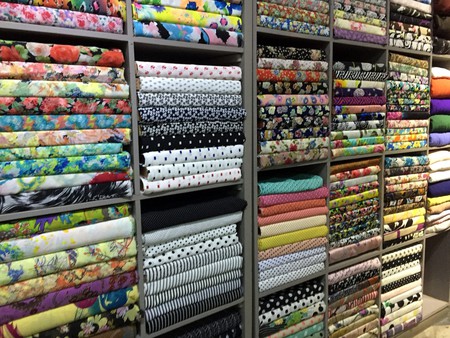 Whatever your style, Vietnam can make it | © Bex Walton/Flickr

If you have no idea what Tet is, check out our introduction here. The whole country basically shuts down for a week. It’s a great time to travel, but it’s also fun to take a staycation and hang around doing a whole lot of nothing. We just absolutely love how quiet the country is during this holiday. 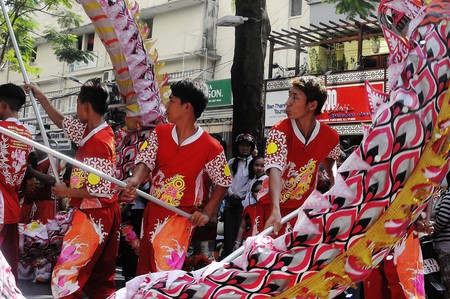 Many foreigners living in Vietnam are here working as teachers. In certain Western countries, teaching has become an undervalued career, so it’s refreshing to see teachers get respect in Vietnam. There’s even a national Teacher’s Day, where kids brings their teachers gifts and flowers. 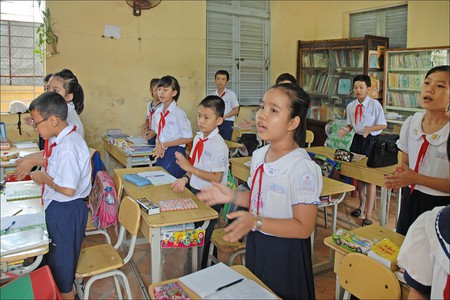 If you make a mistake while driving, it’s not a big deal. Everyone does from time to time. There’s none of that blinding rage here that you see in the West, where people will lose their minds and try to fight somebody just because they had to touch their brakes for a half second. There is some road rage in Vietnam, but not nearly as much as in other places. And this goes for other areas of life as well. Vietnamese people don’t make a big deal about mistakes. As long as the person wasn’t being malicious, it’s not a problem — just another reason why we love living here.