15 of the Most Incredible Waterfalls in Vietnam

Pongour Waterfall in Dalat | © vadim kaipov / Unsplash
From the waterfalls of Ban Gioc to those of Pongour, Vietnam is home to a stunning and incredible selection of falls. Some are perfect for dipping, while others make for lovely picnic spots; some are even ideal of those who are seeking tranquillity. However, all of them are worth visiting.

If you could custom build a desirable waterfall, it would resemble that of Ban Gioc, one of the largest, most majestic cascades in Vietnam. The falls, which have three magnificent levels divided by rocks and trees, have two sides: one in Vietnam and the other in China. 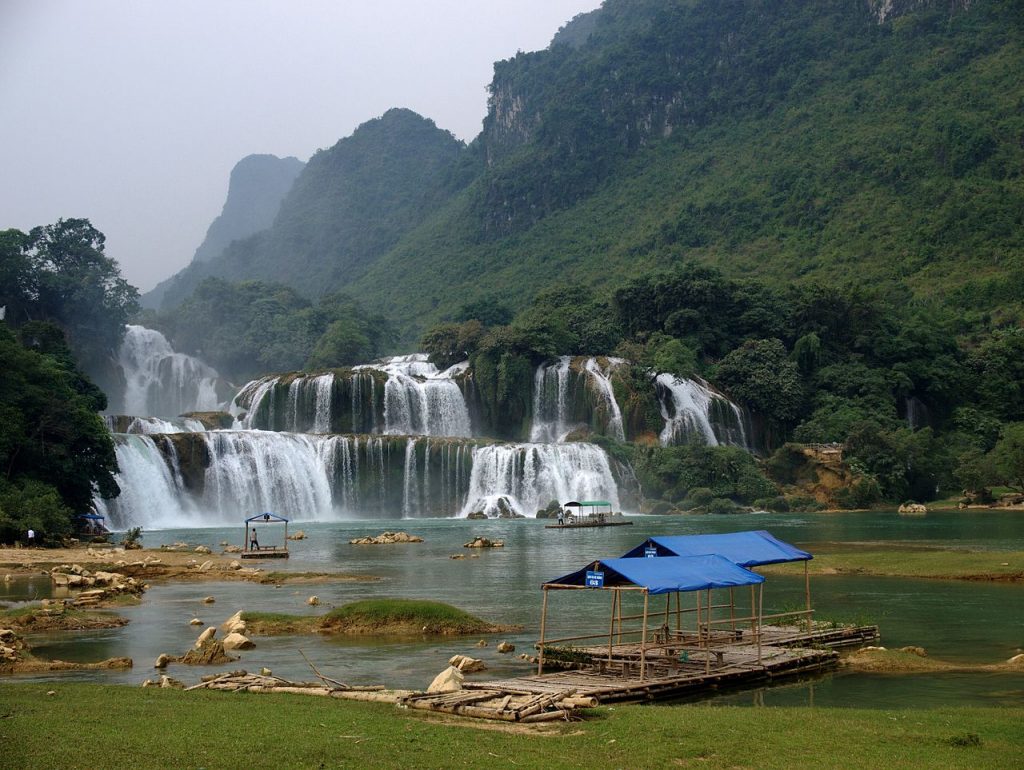 Ban Gioc Waterfall from the Vietnam side | © Applejuice / WikiCommons

No, you’re not in India. This Elephant Waterfall is actually in Nam Ban village, approximately 30 kilometres (19 miles) from Dalat’s city centre. The best part is that you can get up close to this waterfall, allowing you to get the most mesmerising vantage point; however, it can be tricky due to the rugged trails and bracing spray. 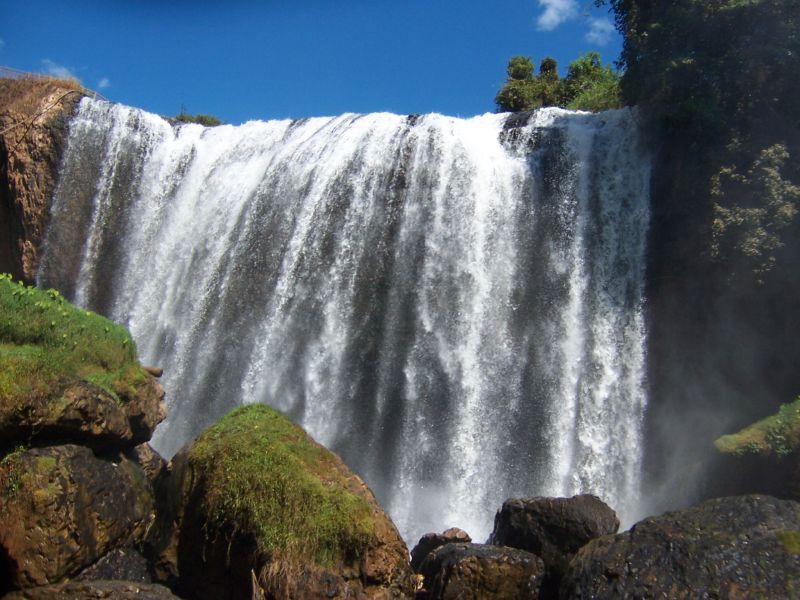 The setting can enhance the overall impression of a waterfall, and Pongour is a good example. The multi-layered falls allow visitors to get under and behind them, perfect for cooling down in the heat. While not as well known to tourists as the Elephant Waterfall, Pongour has the edge when it comes to ambience and untamed beauty. 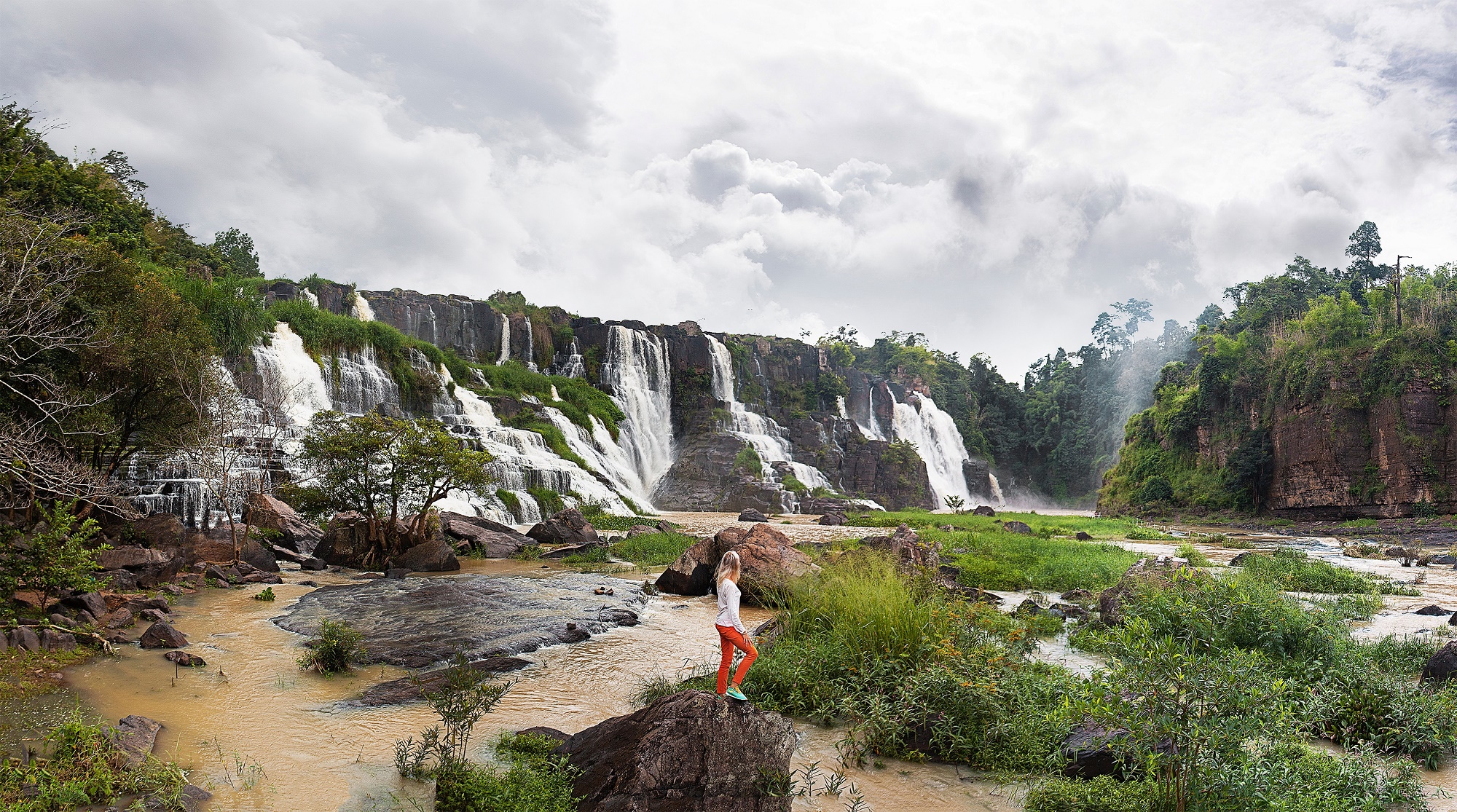 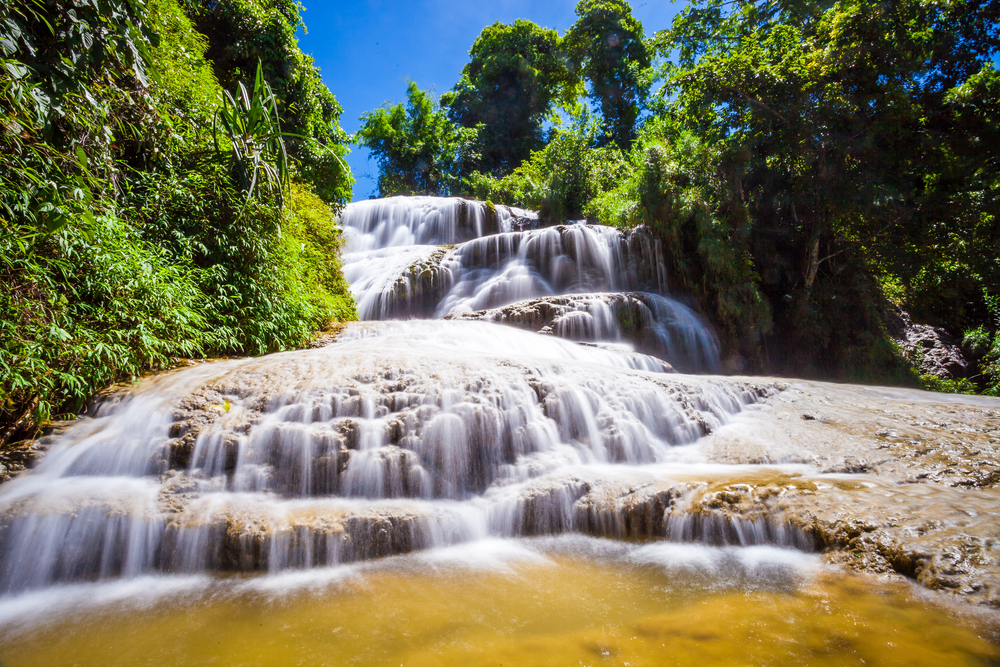 Tucked away in a small green valley where the Dao ethnic village resides, the pristine and pure beauty of Tac Tinh Waterfall will make you feel as though you have stumbled upon a bygone era. 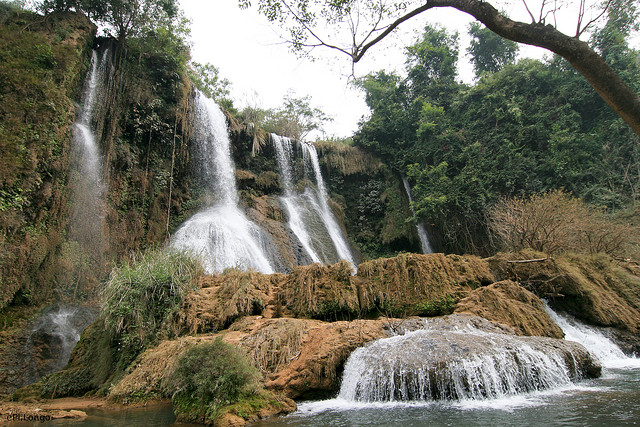 May Waterfall (which translates into ‘cloud’) is about a three-hour drive from Hanoi and is a true gem. Although the route is poorly managed, the experience is completely rewarding. May Waterfall consists of more than nine individual falls in low season, resembling a sea of cascading clouds. 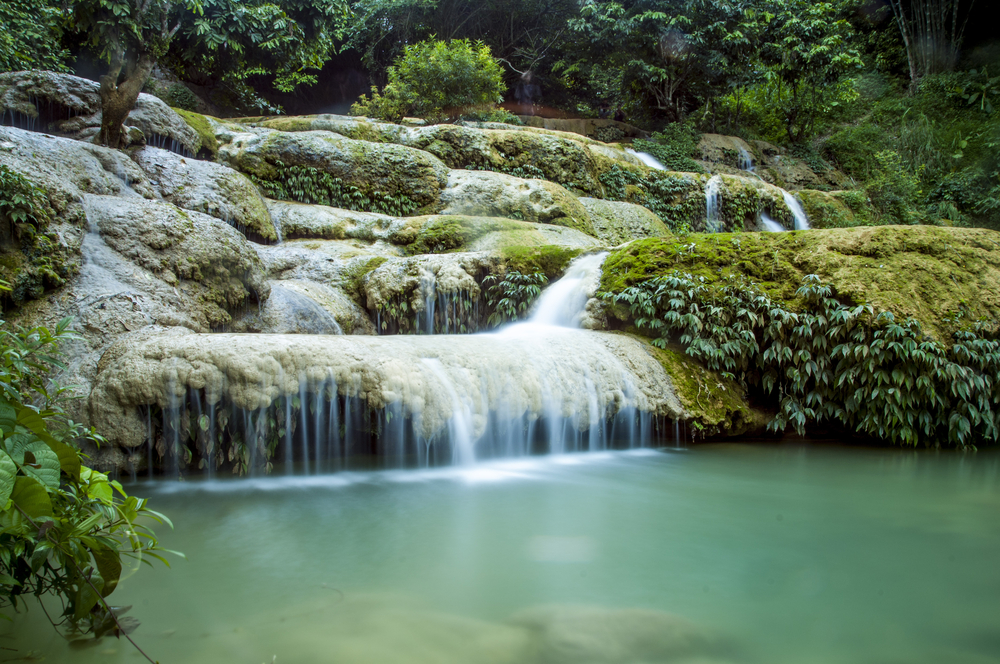 A 20-minute pleasant woodland walk alongside a red-soil route through the bamboo and rhododendron forests and a stream with plenty of steep slopes will bring you to the 100-metre-high (328 feet) falls that flow in the shade of the scenic and tranquil woods. 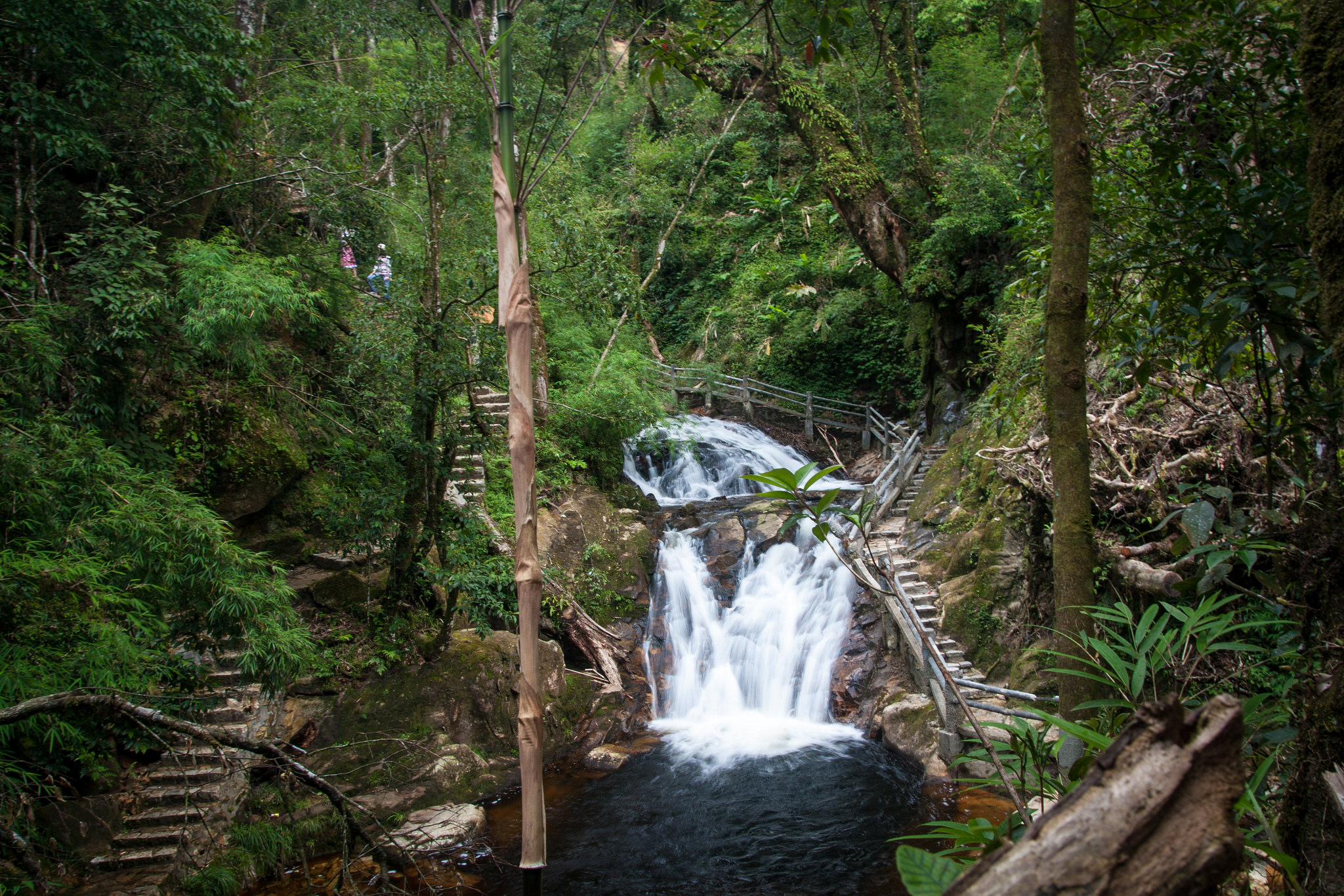 At Yang Bay, you are spoilt for choice, with hot springs, mud spas, and lagoon swims. It can be overwhelming with all of the activities on offer, but if you’re simply looking for natural pools in which to cool off, Yang Bay is a pleasant and relaxing choice. 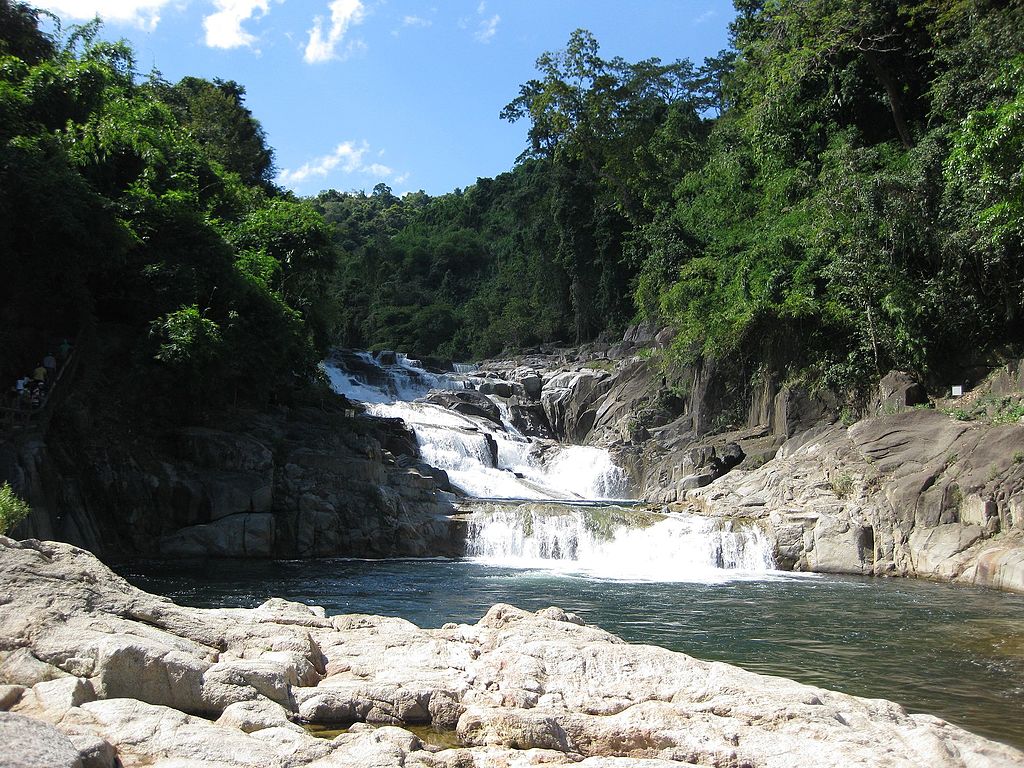 In terms of quality and quantity, a trail through Krong Ana River takes some beating with its three spectacular cascades: Dray Nur, Dray Sap, and Gia Long. The Dray Nur Waterfall, however, is in a different league thanks to its great, galloping gush of water. 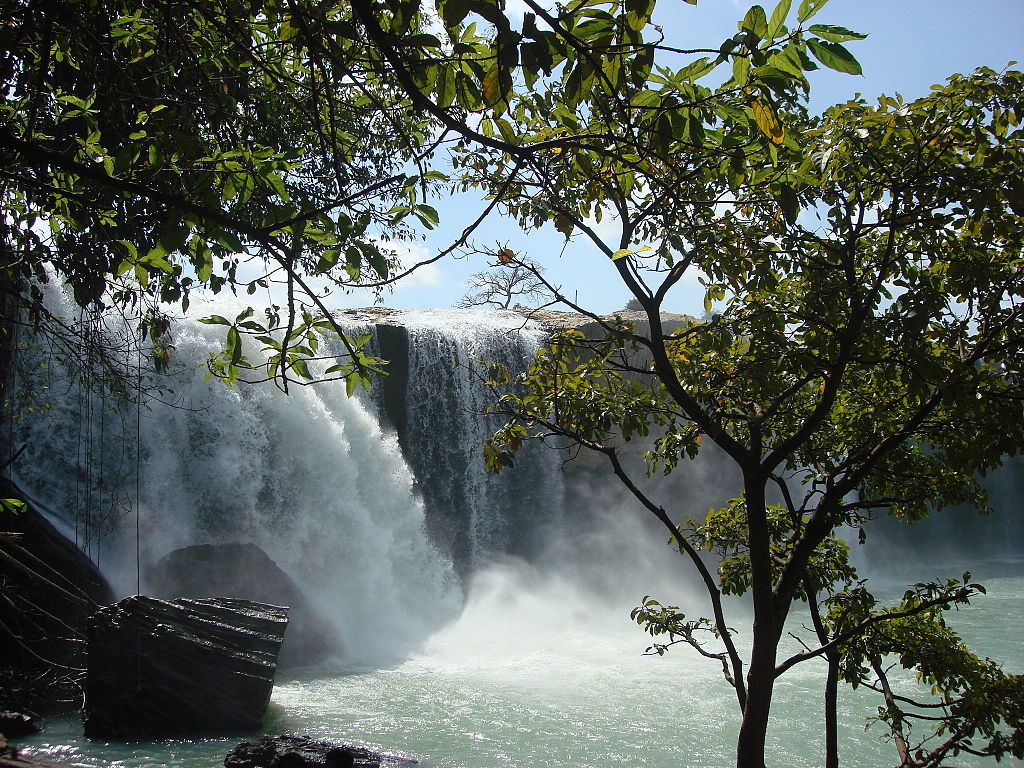 Located 130 kilometres (81 miles) from Dalat, Dambri Waterfall is one of the highest falls in Vietnam, and it is monstrously loud with a torrent of water plunging over 80 metres (262 feet) into a large pool. The most impressive views of this natural wonder are from the base and the steep stairs in front of the waterfall. 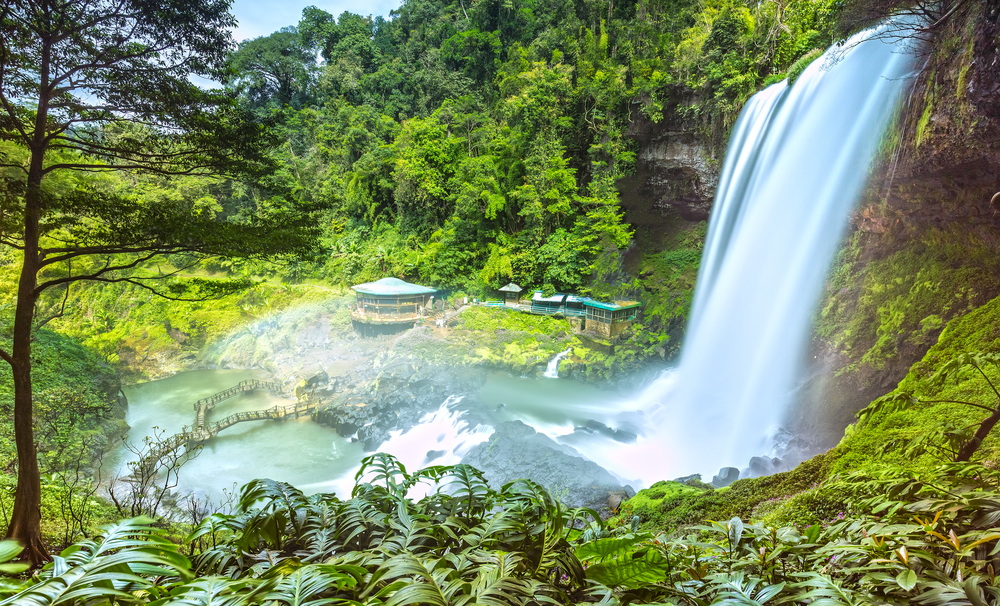 This area of gentle waters in a wild forested and rocky landscape is a serene retreat. Three levels of falls create stunning panoramic views for nature lovers. 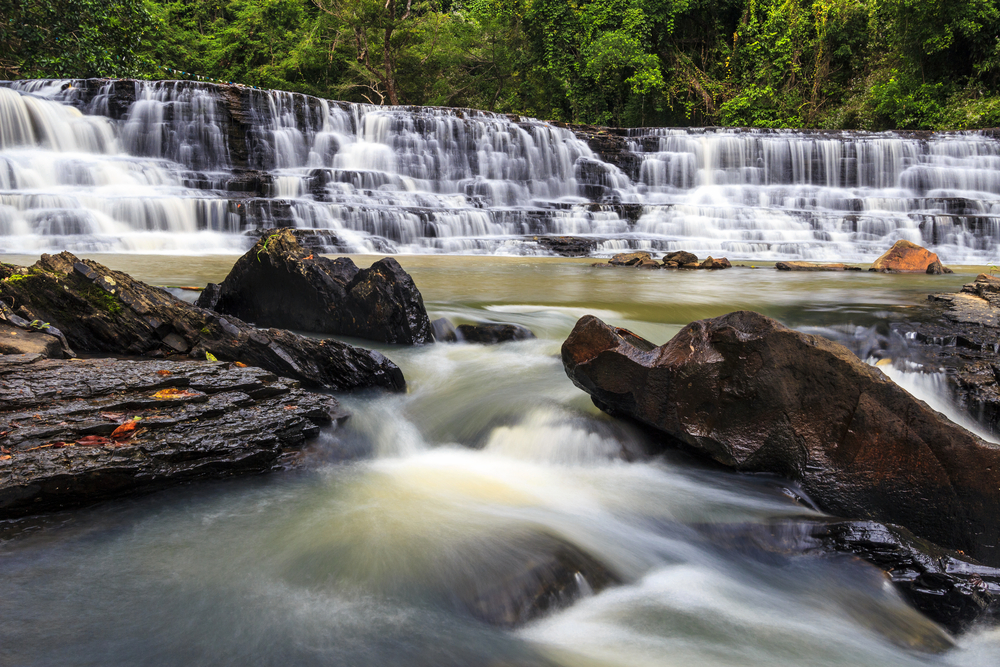 Ba Ho Waterfall is a lovely, quiet place to unwind. A challenging 15-minute trek takes you through the first of three natural falls, culminating in a lake surrounded by densely forested landscape. 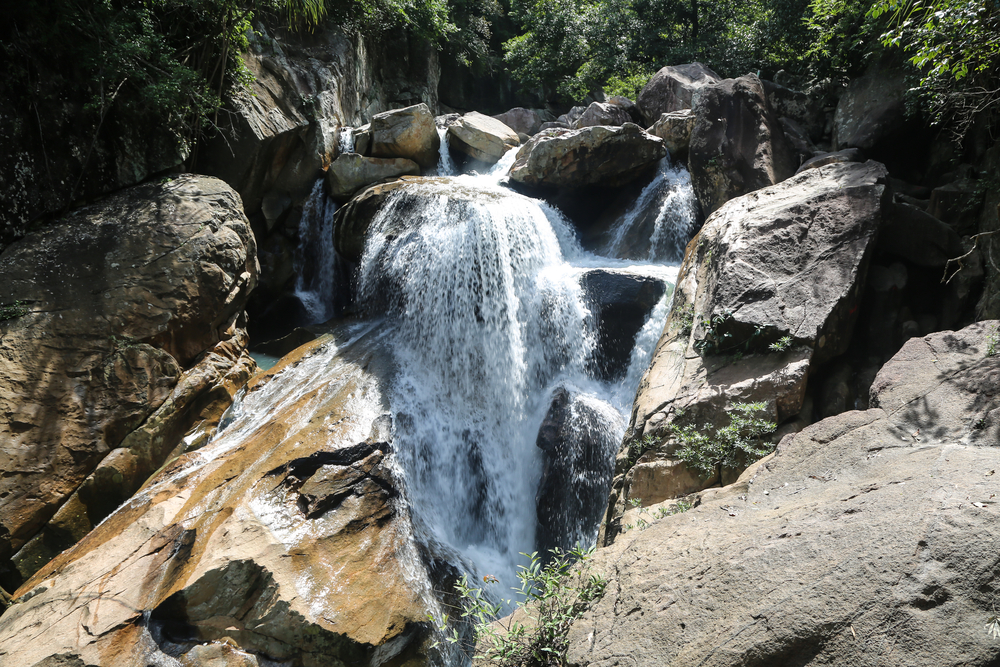 Hikers can take the mountainous paths, which trail through dense forests, paddy fields, and ethnic villages, to reach the Khe Van Waterfall. At the height of 100 metres (328 feet), the waterfall has three levels of water, pouring over large slabs of rock, which creates beautiful, smooth and crystal-clear streams.

In this wild green area, you will find a breathtaking rocky landscape with freshwater pools, streams, and sparkling waterfalls. Suoi Tranh is truly a spectacular spot to swim, so plunge in and cool down under the fast flow of the water. 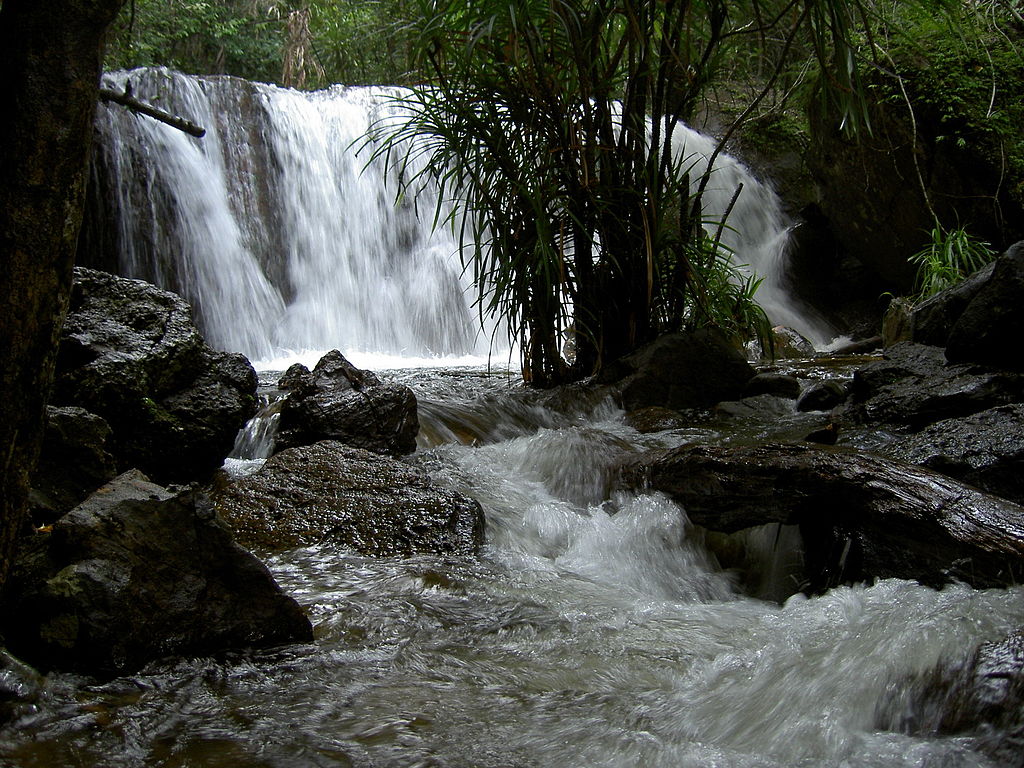 A one-hour drive from Pleiku and a 20-minute climb will bring you to this breathtaking cascade – a steady flow of water tumbling over red rock – which is an excellent refuge from the crowds of tourists. 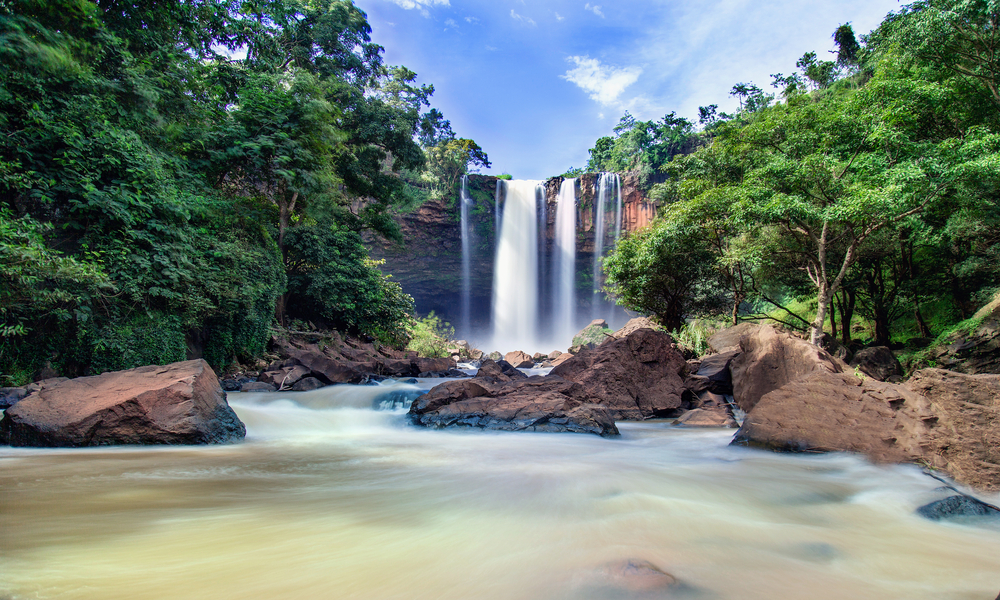