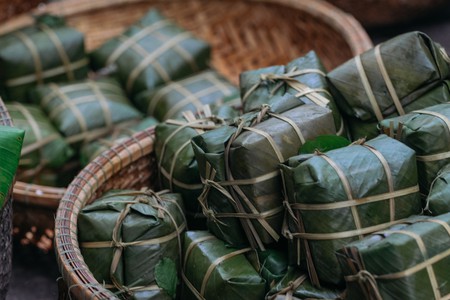 Tết Lunar New Year in Vietnam is a special occasion. Everywhere you look, there are banners, lanterns and flowers of the brightest reds, pinks and yellows you’ve ever seen. But this celebration isn’t just for the eyes, it’s also for the stomach. Here are 11 traditional dishes for Vietnam’s lunar new year festival.”

This is cake, Tết style. There are many varieties, but the most popular is a banana leaf brick filled with glutinous rice, cooked mung beans and ground meat. Legend has it that these cakes originated during the Hong Bang Dynasty, thousands of years ago, when a dying emperor had a cook-off to choose which of his 21 sons would inherit his throne. Most sought out rare and expensive ingredients, but one humble son made simple, tasty cakes that were made of what everyone could enjoy – a dish for any budget. 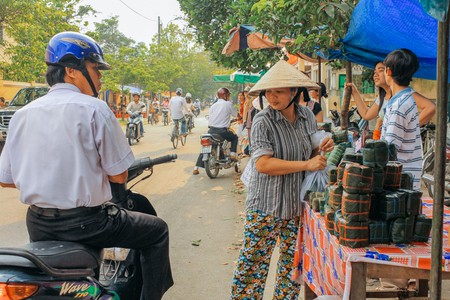 These healthy snacks are called Ô mai – and there are as many varieties as there are people making these famous treats. Basically, it’s a fruit – plums, lemons, tamarinds, peaches, jackfruits, mangoes, apples and pineapples – repeatedly dried and soaked in some mixture of salt, lime, sugar and/or chilli. 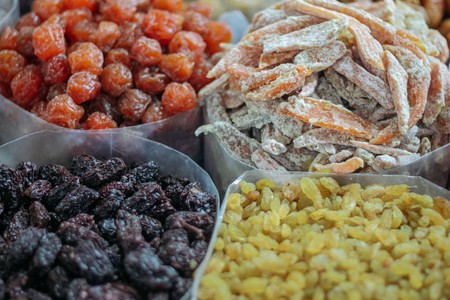 The days following the actual lunar new year are set aside for immediate family and close friends. While dinner is obviously the main attraction, no Tết is complete without a table of finger foods for guests to snack on – and no welcoming tray is complete without ginger jams. 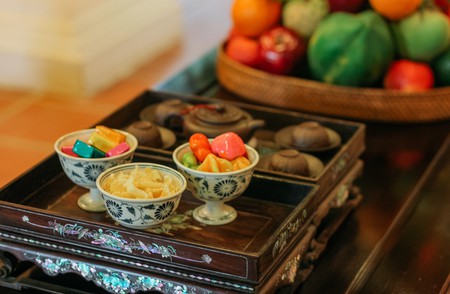 Colours mean different things in Vietnam, but, in general, brighter is better. Mung bean cakes don’t look like much on their own, but with some glossy wrapping they morph into a feast for the eyes. 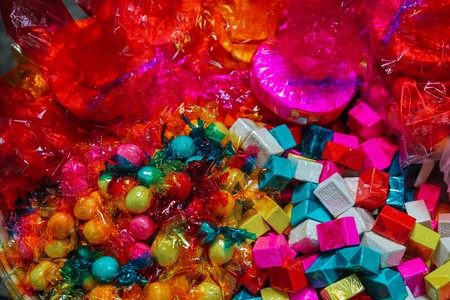 Many Tết dinners – and especially those involving the ancestors – feature a castrated and boiled cock. It’s a symbol of purity, and best when dipped in a lime and salt sauce. 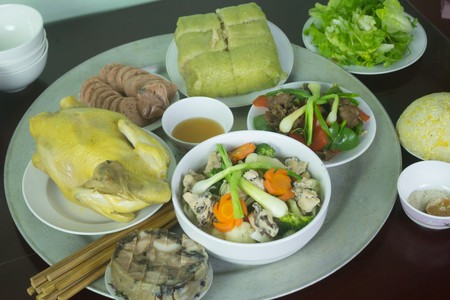 About as all natural as you can get | © Tony albelton/Shutterstock

Ever had roasted melon seeds? They go perfectly with a cup of tea. To eat them, you use your front teeth and dig out the tasty centre. It’s a bit of work, but you’re with friends, so there’s no hurry. 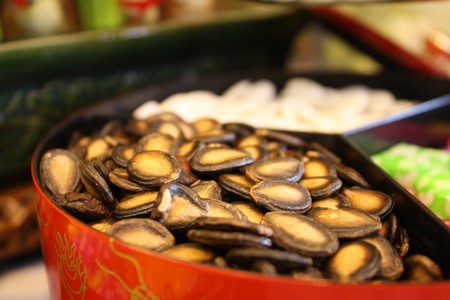 This dish is meant to be shared in large groups, which is how every meal should be during Tết, really – chả giò in the South, Nem rán in the North. 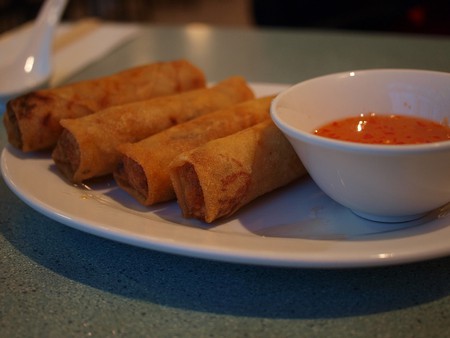 This is ground pork with a variety of spices, cooked over fire in a banana leaf wrap. There are variations unique to every region, but the basics are essentially all the same amount of delicious. 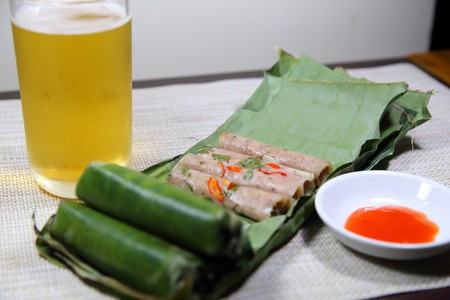 Tết is a cold time of year in the North, which helps to explain this meaty stew Popsicle.

Red means happiness and prosperity in Vietnam, so this dish brings extra meaning to the Tết feast. It’s sticky rice coloured with the flesh of young jackfruit. Sounds heinous, but we’re pretty sure the jackfruit doesn’t mind. 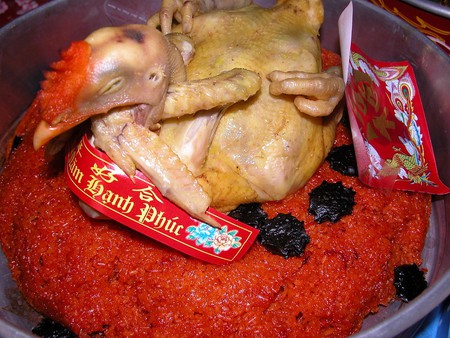 As Tết shifts from immediate family to a party for the whole community, some of the smellier dishes come out to share. Being a coastal nation, Vietnam has no shortage of excellent seafood: squid, prawns and too many kinds of fish to name here. Dried seafood will help you replenish some of those vital salts those glasses of strange liquor stole from you. That’s Tết for you, though. 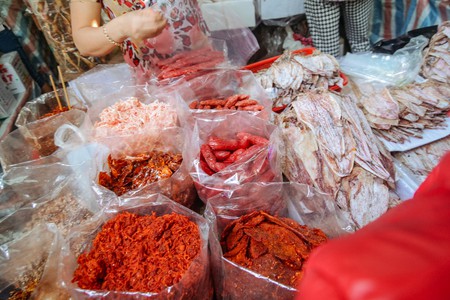