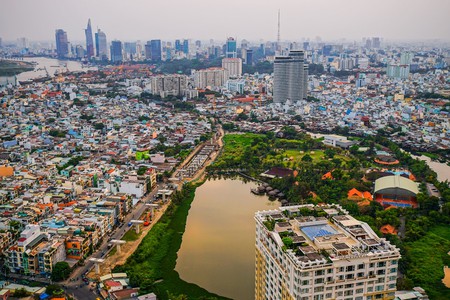 In this city of almost 10 million, you have plenty of ways to spend your time and money. There are so many amazing excursions, tours and places vying for your dollars, so it can be difficult to stray off the tourist-beaten path, but it is worthwhile. Here are 11 things to do if you want to break away from the herds of other foreigners.

Dine at a restaurant on the Saigon Canal

Not too long ago, the canal — Kênh Nhiêu Lộc – Thị Nghè — was not a place you wanted to be. It was essentially a waterway full of sewage. Nowadays, however, the area is a picturesque reprieve from the cement landscape all around. Many restaurants line both Truong Sa and Hoang Sa, and at night the whole length of the canal comes to life. You’ll be glad you made the trip, but keep an eye out for speeding motorbikes. 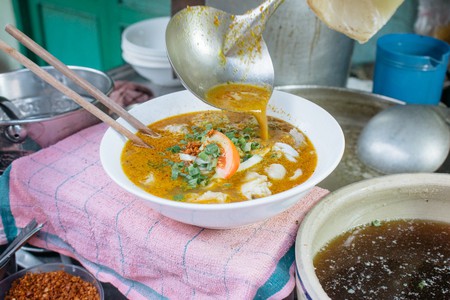 Meet the cat/dog of your dreams at a Pet Cafe

There are plenty of animals around the city, but you’re going to want to avoid getting too close to most of them. Rabies is a real problem in Vietnam. To get your dog/cat/bird fix without heading to the zoo, try one of the city’s several pet cafes.

The sweltering heat of Ho Chi Minh City can easily be overwhelming, especially in April and May. There are options for pools, but for a truly unique experience, you should head to the water park. Bobbing along the Lazy River on an inner-tube is the perfect way to escape the madness of this bustling city. The park can be busy at times, but you definitely won’t see many foreigners. 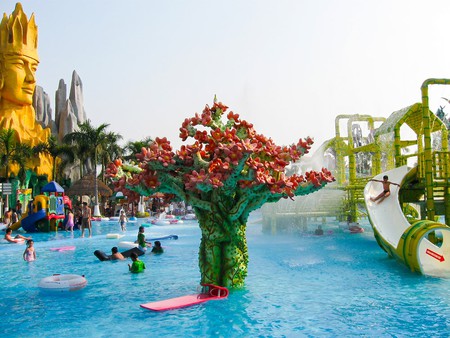 Dine in the dark

Have you ever had a meal in complete darkness? With your sight removed, your other senses compensate, and the staff at Noir are all visually impaired, so they’re the perfect guides for this wonderful experience.

In recent years, the craft beer scene in Ho Chi Minh City has gone from non-existent to award-winning, and there are new brewers and bars coming onto the scene almost every month. Mass-produced beer does the job most nights, but wouldn’t an IPA or a chocolate stout be a nice break?

View the skyline from across the river

For the best views of Saigon’s skyline, take a taxi across the river into District 2. You should also bring a bag of your favorite refreshments to enjoy. To avoid being stranded, you can negotiate a price with your driver for them to stick around and wait. They’re usually more than happy to make some money while napping. 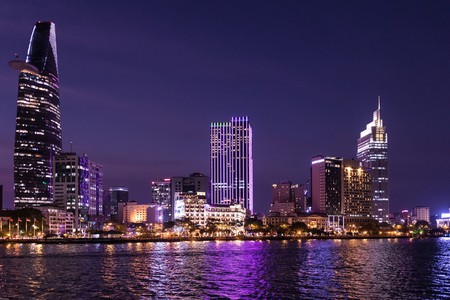 If heights don’t scare you, and you’re looking for some exercise, then give rock climbing a try. There are lines for both beginners and experienced climbers.

The Saigon Dubstep Dance Battle is a weekly competition between some of the wildest and most talented dancers in the city. The competitors put on energetic performances, and applause decides who wins, so there’s a lot of energy in the crowd. After the champion is crowned, a DJ takes over to keep the fun going.

Soak up the sun at Van Thanh Pool

This swimming pool is a hidden oasis down a nondescript lane off of one of the busiest streets in the city. Once you find the park, you’ll feel like you’ve gone through a portal — except for the high-rises poking over the trees. The pool is big, and there are plenty of lounge chairs around, . On your way, you’ll get to see a part of the city not commonly visited by tourists.

Ice skating in the tropical heat

On the top floor of the Vincom Mega Mall in District 2 — a short drive out of the downtown — you can strap on a pair of rented skates and glide around on one of the only ice rinks in Vietnam. There’s even a McDonald’s ice cream counter if the rink isn’t cold enough for you. You’ll probably have to avoid some new skaters, but it’ll just add to the surreal feeling of ice skating in South-East Asia.

They’re loud, gaudy and filled with drunks who can’t handle their liquor, but they’re also hilarious, with throngs of young Vietnamese drinking until dawn. You’ll make quick friends with the boisterous groups here and have a night you’ll never forget — or one you’ll never remember. 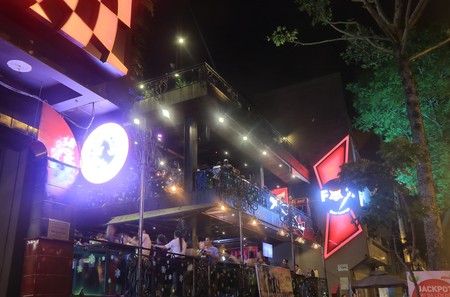