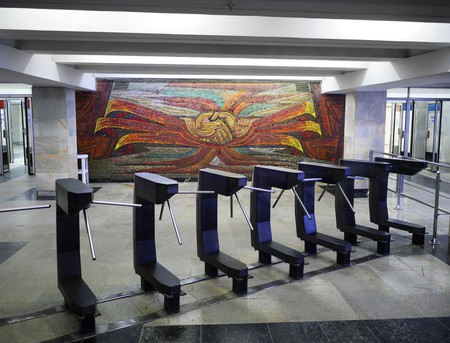 Colourful mosaics such as this one are commonplace in the Tashkent underground. | © Amos Chapple/RFE/RL

Photographer Amos Chapple was travelling through Uzbekistan this summer when the ban on photography in the Tashkent metro was lifted. Inspired by the opportunity to capture something most people had not previously been allowed to see, he took to the underground to reveal the art and architecture of Central Asia’s first subway.

On 1 June 2018, photography within Tashkent’s underground station was legalised, unveiling to the world an array of unique art and design for the first time in 41 years. Travelling in the country at the time, Kiwi photographer Amos Chapple jumped on the opportunity to share a slice of culture that was once hidden away. 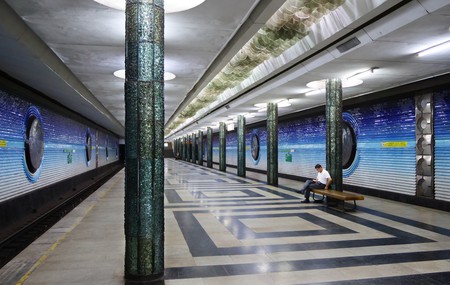 The platform at Kosmonavtlar (Cosmonauts) station is famous for its dreamlike portraits of cosmonauts. | © Amos Chapple/RFE/RL

Photography inside the heavily policed metro was previously forbidden due to the underground network’s secondary role as a nuclear bomb shelter. 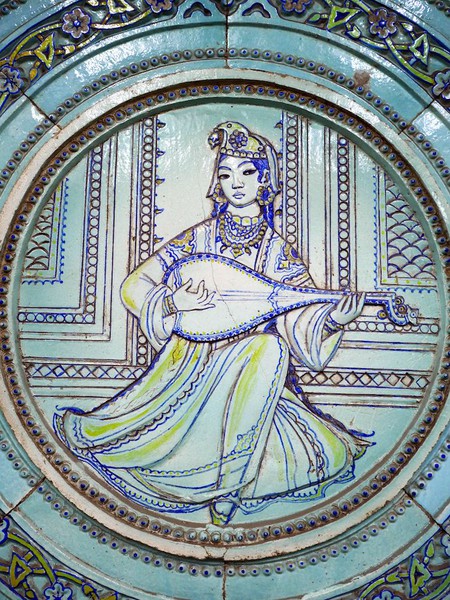 “I chose to photograph this because the ban in photography had been lifted and I happened to be in the country when I found out about it,” says Chapple. “The pictures don’t mean anything to me per se. They are shots of other people’s work but I’m happy to be able to show that to the world.”

Colourful mosaics such as this one are commonplace in the Tashkent underground. | © Amos Chapple/RFE/RL

Chapple is originally from New Zealand and travels the globe as a photographer. His images of the Tashkent subway offer an alluring look into Uzbekistan’s past. 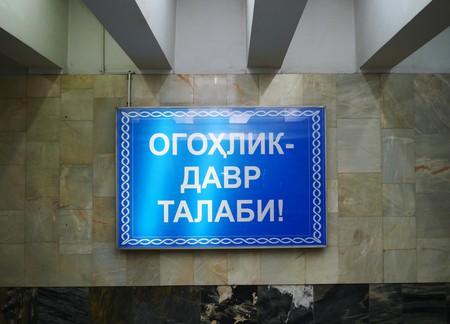 The sign translates “Awareness is a requirement of the modern era!” | © Amos Chapple/RFE/RL 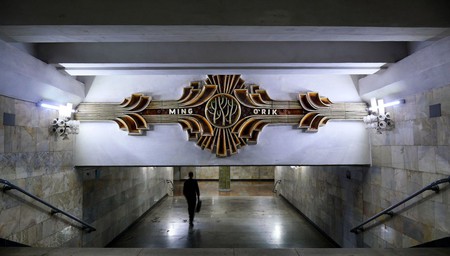 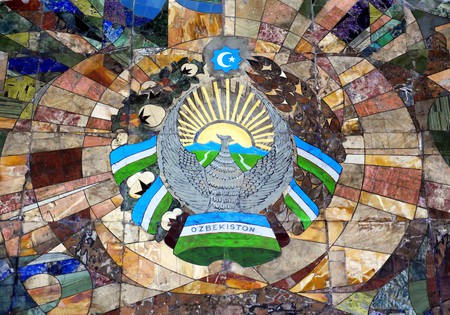 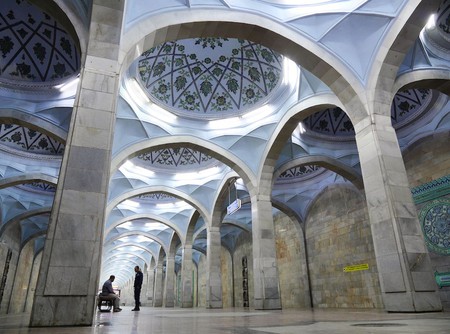 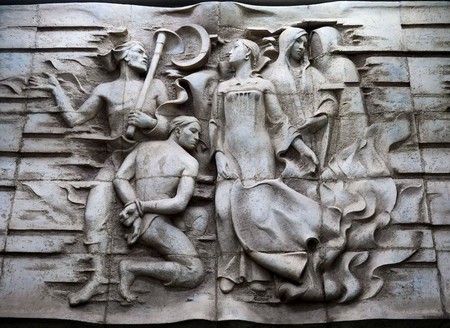 Characters from an epic poem by Oybek in the station named after the Uzbek poet. | © Amos Chapple/RFE/RL
Give us feedback