Hamid Ismailov, a journalist from Uzbekistan, weaves a colorful yet dark tapestry of history and reality in his writing. The Railway, his first novel translated into English, demonstrates his ability to write satire while being ‘ironic, hilarious, tender and full of ‘toska’, an ‘untranslatable word” showing longing and melancholy. 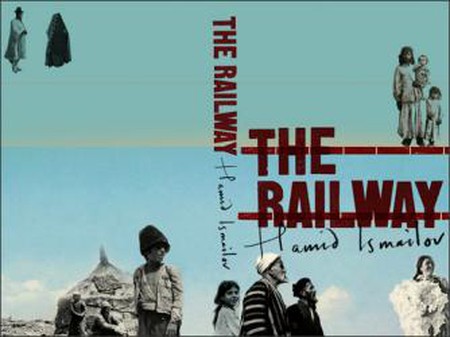 Born in 1954 in Kyrgyzstan, Hamid Ismailov later moved to Uzbekistan to work as a journalist and a writer. His writing has been compared to Russian satirists like Gogol, Bulgakov and Platonov for his depiction of grim realities and his dark humor. He was forced to flee from Uzbekistan to the UK in 1994 when he came to the notice of the government for his writing and ‘unacceptable democratic tendencies’. His works are still banned in Uzbekistan today. After moving to the UK he came to work at the BBC, becoming BBC World Service’s critically acclaimed Uzbek writer and poet.

During his time in Uzbekistan Ismailov published a multitude of novels and texts, many of which were translated into Russian, French, German and other languages. The Railway, perhaps his most acclaimed work, was the first novel to be translated into English and was published in 2006, although it was written before he had left Uzbekistan. Other works of his include novels such as A Poet and Bin-Laden (Doroga k smerti bol’she chem smert), which was translated by Andrew Bromfield, and his triptych novels: Mbobo, Googling for Soul and Two Lost to Life. Also a poet, his renowned poetic works include Sad (Garden)(1987) and Pustynya (Desert)(1988), both which were translated into Russian and other Western languages.

The Railway, translated by Robert Chandler, is described by Hamid Ismailov as a ‘folkloric novel’. The story revolves around the lives of Jews, Kazakhs, Uzbeks, Russians, Chechens and Tatars who live in the fictitious town of Gilas. The railway station of this town is a key location in the novel, and through the characters’ opinions and relationships with this iconic structure, the reader is introduced to social, political and religious tensions between these inhabitants and Soviet authorities. Exploring the different perspectives of this cultural mix, the novel spans decades throughout the 20th century and jumps between multiple characters’ points of view. This narrative strategy allows Ismailov to analyze and produce a kind of social commentary through this web of individual stories. Highlighting the inherit similarities and differences, these episodic accounts are held together with reoccurring characters such as ‘the boy’.

Although Ismailov explores multiple perspectives in The Railway, the reoccurring character of ‘the boy’ has been described as the centre of the novel. As an orphan who was brought by his relatives, this pseudo-protagonist is representative of the many orphans of the Soviet Union who were entered the world as a by-product of war, forced collectivization and mass deportations. A master of metaphors and wordplay, Ismailov uses symbols such as the boy, the railway and the many other characters of the novel to explore a rich list of themes. The Railway, therefore, takes both its readers and characters through a poetic and, at times, comedic journey that emphasizes the nature of society as a cluster of individuals.

Written in collaboration with Evelyn Pang