The Wonderful World of Thai Advertising 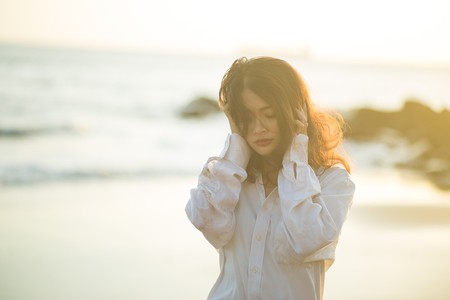 Advertisements in Thailand are interesting | © trinhkein91/Pixabay

Consider this scenario: you’re watching TV, and an advertisement comes on. You’re engrossed in the storyline and captivating visuals, forgetting that you’re watching a commercial. By the time the product is revealed, you’ve been hit with an emotional punch, and you’re unprepared to return to regular programming. Welcome to the weird world of Thai advertising.

Advertising in Thailand has rapidly grown into a full-blown entertainment genre, packed with cultural cues, developed narratives, and deep messaging, as in this example from CP All, which runs 7-Eleven stores in Thailand. Leading international firms have flocked to the capital to open offices and embrace these eager consumers, delivering over-the-top, emotional, and downright hilarious content that is only semi-aligned with any specific product.

To understand the effectiveness of Thailand’s bold advertising strategy, we first must appreciate the country’s rich, tradition-laden culture and history. Economically, Thailand is considered a developing country, but in the past decade, it has launched into an age of modernity. Bangkok has become an international commercial hub. Consumers have more disposable income than ever before, but they are not typically loyal to any particular brands—they’re still unfamiliar with many of them—and they value their freedom of choice. This mindset makes Thais dream consumers for advertising agencies, who can use humor, culture, tragedy, and other emotional cues to attract attention to a product, thereby increasing its commercial value.

Thailand’s recent history has made the advertising evolution possible as well. The government amended its constitution in 1997 to include freedom of speech, which changed the media dynamic in Thailand altogether. While journalists still struggled with some censorship—particularly concerning criticism of the monarchy or government—the advertising industry found its roots in this environment. Then in 2001, Prime Minister Thaksin Shinawatra limited freedom of expression yet again. His control of advertising budgets through his own, expansive personal network meant that only media supportive of the government would be awarded budgets. The 2014 military coup restricted free speech further under the National Council for Peace and Order (NCPO). The nascent industry responded by appealing to consumers in its own, uncontroversial way, through feeding a consumer appetite by appealing to humor and drama, as in the video above.

Today, some of the restrictions have gradually lifted—although criticism of the government is still closely censored—and advertisements now deliver commentary on topics dear to Thai culture, like overcoming personal challenges, the importance of family, community, and personal sacrifices. The local advent of online entertainment generated even more opportunity for advertisers, as many governmental restrictions do not yet extend to the Internet, and online content is often locally considered more credible than state-sponsored news sources. Plus, Thailand leads the world in mobile Internet use, since 70 percent of Thais own smartphones. Digital media has become ubiquitous to citizens’ everyday lives, and they’re eager to be entertained for five minutes (or even fifteen) at a time during their daily commute.

This Internet revolution has completely energized Thai advertisers, who now depend less on state-controlled Thai TV, and produce their spots in efforts to elicit a viral response. Narratives, like the advertisements by 7-Eleven, are more complex and feature top celebrities, production value is higher than ever, and plotlines often border on the controversial; the Asian markets savor it all. The industry has evolved from simply selling products to Thai consumers, to entertaining the masses in far-flung places like China, Japan, and even the United States. As restrictions continue to abate and audiences grow, experts predict new trends will emerge, like engaged mobile campaigns and personalized content. What’s unlikely to change, however, are the cultural elements that make these advertisements uniquely Thai, and their ability to tug at our heartstrings in one moment, and make us laugh out loud in the next.