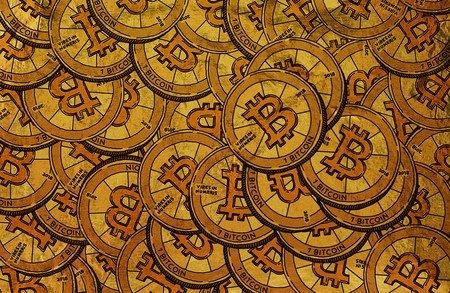 Regulating cryptocurrency has been a huge trend among governments worldwide in 2018, as individual states hope to get in on a piece of the action at best – or at least limit the fallout of potential abuses. Thailand is the latest player to join the mix.

Over the past few years, the lure of cryptocurrency as an anonymous, safer alternative to cold hard cash prompted wave after wave of savvy investors buying up their personal stock of digital coin. With no global regulator, however, governments around the world were forced to react to these developments individually, creating nation-by-nation policy that hopes to protect national interests while ensuring limited risk and some oversight on the digital token exchange.

From full legality in Japan to state-by-state variance in the US and outright bans in places like South Korea and China, the widely varying regulations are challenging one of cryptocurrency’s founding tenets – that the government can’t touch it. While state authorities may be slow to catch up to current tech trends, most economic experts agree that the promise of a futuristic, global currency that supersedes the limits of state regulation is more or less a pipe dream.

Thailand entered the financial circus this year, first warning institutions to stay out of cryptocurrency transactions altogether for fear of problems or the illicit activities that can accompany unregulated trading. This halt in the market gave authorities time to determine what action was best for the kingdom – a full-stop ban on activity, echoing the action of many of its neighbours, or opening up the market in a more regulated fashion. A series of royal decrees nodded at the fact that if cryptocurrency exchange is alive at all in the region, efforts at regulation to prevent criminal activity, money laundering, and tax evasion should take precedent to the more isolationist tendencies of neighbour nations.

Residents of Thailand have begun to see the effects of this attitude, with Bitcoin ATMs – which first started popping up around the world in 2013 – appearing in places like Chiang Mai and Bangkok.

This month, two laws are in process to this latter effect. The first requires registration and “know-your-customer” compliance of cryptocurrency operators, while the second revises Thailand’s revenue code, ordering a mighty 7% VAT and 15% withholding tax on all cryptocurrencies and initial coin offerings (ICOs) – though authorities assure that general, individual investors will be exempted from the VAT.

The Bank of Thailand has moved to implement systems to manage the new digital currency, mimicking the programs in place in countries like Canada, England, and Singapore. While the Bank says that more than five large financial institutions have shown interest in participating in the new program, the Bank itself has not changed its official stance on the risks of the tech trend.

According to the Bank of Thailand: “Bitcoin is electronic data. Thus, it’s not considered a currency and can’t be used for payments, and it’s not considered legal tender like money. With no self worth, the value of such data varies based on the needs of the market. Bitcoin changes in value very quickly and it could became something of no value if none desired it.”

Moving forward, the Thai Security Exchange Commission (TSEC) will be responsible for regulating digital asset business, setting appropriate fees and requirements for user registration, and issuing guidelines, along with other ad-hoc responsibilities. Thai businesses, such as J Ventures – the first company in Thailand to launch a successful ICO – are already criticizing aspects of the new laws as unclear or irrelevant, and that no regulation is in place to cover investments made overseas. Other industry players argue that the high tax and limited investor rights may have unintended market consequences, such as the movement of profitable ICO transactions to foreign markets where investors have more individual rights.