Why You Should Think Twice Before Riding an Elephant 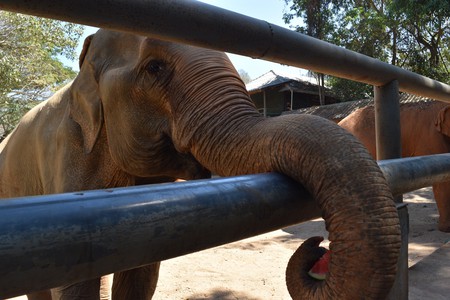 Morning in Chiang Mai province and the sun is beginning to illuminate the grounds of Elephant Nature Park. The animal sanctuary sits an hour outside of Chiang Mai City and houses elephants rescued from the tourism and logging industry in Thailand.

I am walking along the river banks, slowly trailing a group of mud-covered elephants languidly making their way upstream. The herd is a makeshift family of older, female pachyderms who wear a regrettable lifetime of emotional and physical scarring. Blind, injured and nervous, many of the rescued elephants at Elephant Nature Park—albeit a baby born on site—have endured 50 years, or more, of abuse at the hands of man. 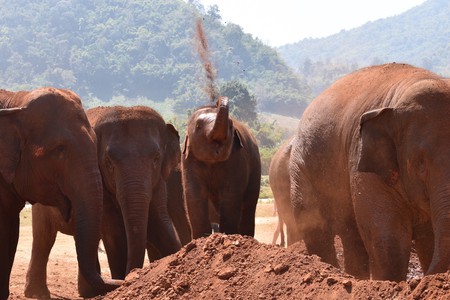 It’s a quiet morning, until the wails of an elephant abruptly pierce the air. It’s an unforgettable sound dripping with pain. The animal’s cries are so poignant, so heartbreaking that it brings tears to my eyes. Across the river, a mahout—a word for an elephant handler—is riding a poor creature at a breakneck pace. A bullhook poised in hand, both man and elephant are bounding down the river as every whip of the hook sends the pained animal sprinting faster. The elephant is from a nearby trekking camp—one of the many that ironically border the sanctuary of Elephant Nature Park.

I am witnessing—first hand—the barbaric practice of Phajaan (also known as “crushing”). The traditional Asian practice originates from hill tribe communities in India and Southeast Asia and comes from the idea that a tribe’s shaman can physically separate an elephant’s spirit from its body. In other words, Phajaan is the grotesque practice of breaking an elephant into submission.

For any selfie stick-touting tourist, the idea of riding elephants can seem harmless. After all, if we ride horses, than how could riding an elephant be worse? The issue is not so much the act of riding an elephant, but rather Phajaan, which begins roughly at three years of age when an elephant is poached from the wild. 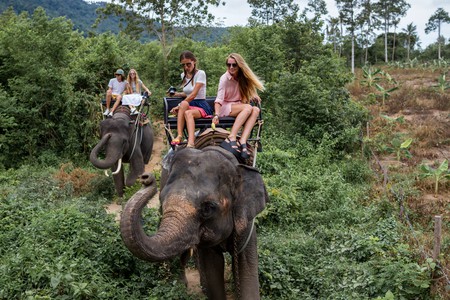 Upon capture, baby elephants often witness the killing of their herd—causing lifelong distress—before being tethered and transferred to what is known as the kraal or the “crush cage.” Here, the elephants are tied in such a way as to prevent movement, kicking, or swaying of their head. Once immobile, the process of Phajaan begins, using methods of torture and abuse—from burnings to stabbings to beatings. This vile display of inhumanity can last anywhere from a few days to a few weeks, ultimately resulting in the docile submission of an elephant.

Enter the tourists—blissfully unaware of the process used to mentally and physically break the elephant they pay to ride. The frayed ears of their chariot are a sign of the slashed tissues from the bull hook used during the animal’s “crushing.” As the tourist rides the elephant, the mahout walks closely by, often using a nail or bull hook to stab the animal’s elbows to keep it moving. If the tourist is paying for an elephant painting, the mahout may jab the elephant behind the ears to sway the direction of the paintbrush. Distracted by gleeful Instagram shots, the blatant abuse and signs of physical scarring are lost on the traveler.

Historically, Thailand has exploited its animals for financial gain and tourism purposes. Only as recently as November 2014, the country passed its first animal welfare legislation to threaten punishment to those who neglect or abuse animals. Yet, despite the new laws, the situation surrounding elephants is much more complex than realized.

“There are thought to be less than 5,000 elephants left in Thailand, yet a whopping 4,000 of them are captive—and the latter still need to be fed and exercised, and financially support their mahout,” explains journalist Sara Reid to Lonely Planet. “Following Thailand’s 1989 ban on using elephants for logging, many mahouts claim that without charging tourists for rides and shows, they would starve alongside their charges—which alone cost a minimum of ฿1,000 (US$28) per day to feed properly.” 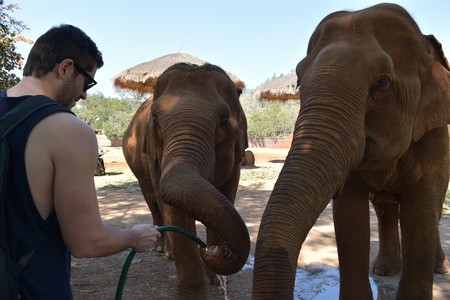 Rather than fight against the system, Elephant Nature Park is trying to reshape the elephant tourism industry as a whole. “If [mahouts and elephants] both have to work to survive, why don’t we make their jobs easier?” suggests Apple. “For the people who pay money to [ride elephants], why not just pay the same money to [observe them] and walk with them?”

Elephant Nature Park is leading by example, offering guests the opportunity to feed, bathe and simply observe the animals in their element. As Elephant Nature Park gains momentum, other elephant-based tourism agencies are starting to mirror the same ethical approach. 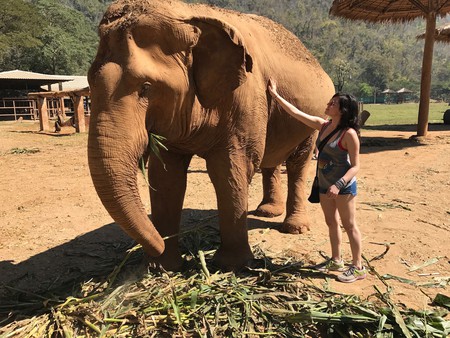 On the day I leave, my van back to Chiang Mai turns left on a stretch of dirt road just a stone’s throw from the sanctuary. As we slowly drive past, I spot rows of tourist buses parked in front of the trekking camps where elephant rides are offered. Perhaps the travelers are oblivious to the reality of riding elephants, perhaps they haven’t heard of Elephant Nature Park just down the road, maybe they simply don’t care. In the end, it comes down to the tourist’s decision and how they choose to spend their money, whether their dollars will continue to fuel the practice of Phajaan or support Thailand’s shift to ethical animal tourism.