Why Thousands of Snakes Are Popping Up in Thailand's Toilets 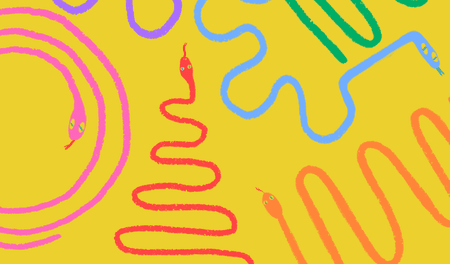 A whopping 20 million people travelled to Bangkok in 2017, making it the most visited city on Earth. Yet tourists aren’t the only visitors flocking to the Thai capital. In recent years, the city has seen an alarming rise in snake sightings. Bangkok’s Fire and Rescue Department has recorded a massive 300 percent increase in snake-related calls in the past five years. Their favourite hiding spots? Toilets. Read on to discover the reason behind these intimate encounters.

Snake encounters in the Thai capital are historically part and parcel of living there. Bangkok was founded on the banks of the Chao Phraya River after all, a lush marshland providing fertile breeding grounds for its slithering inhabitants. In 2006, the city’s Suvarnabhumi Airport was opened on land formerly known as ‘Cobra Swamp’ — a nickname fulfilled, as numerous snakes ended up in people’s suitcases. Yet as Bangkok’s economy grows and its tourism demand increases, the city will continue to entrench itself on the natural habitat of these creatures. With nowhere to go, snakes are now slithering their way into people’s homes. 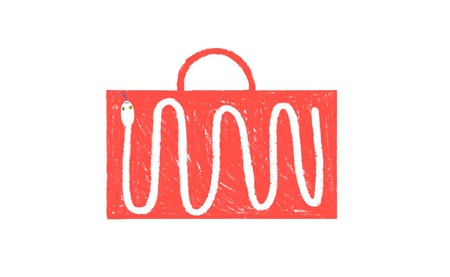 On November 27, 2017, Bangkok’s Fire and Rescue Department reported 31,801 calls from people asking for snake removal this year. Compared with 10,492 calls in 2012, this is a significant stretch — marking a 300 percent increase over the past five years.

These strange events have resulted in some horrific encounters: one man almost lost his penis after wrestling with a 10ft python that emerged from his squat toilet. Fearing the loss of his manhood, he pried open the jaws of the python before passing out and being admitted to hospital. Another Bangkok resident, Panarat Chaiyaboon, was bitten on the thigh by an 8ft python lurking in her toilet. Only a week later, her daughter found a second python in the same spot. It’s clear Bangkok has a problem with snakes, and the problem isn’t so easy to fix. 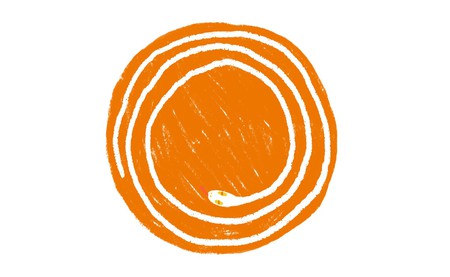 While it paints a scary picture, the figures alone are not totally accurate. As some have suggested, the increase in snake calls could indicate a widening awareness of the Fire Department’s serpentine rescue duties. On the other hand, the numbers don’t register the amount of snakes caught, killed or released by locals or other wildlife groups — meaning the total figures could be much, much higher.

One major theory is that Thailand’s ineffective waste management system contributes to this mass exodus of snakes towards urban areas. Greenpeace reported that only 466 of the 2,490 waste management centres around the country follow proper procedure. That leaves over 80 percent of Thailand’s urban spaces subject to more trash on the street, leading to more pests (such as rats) — the perfect dinner for a hungry serpent. Unlike in the countryside, there aren’t too many predators in Bangkok, meaning snakes who invade the city are free to eat and grow as long as they please. 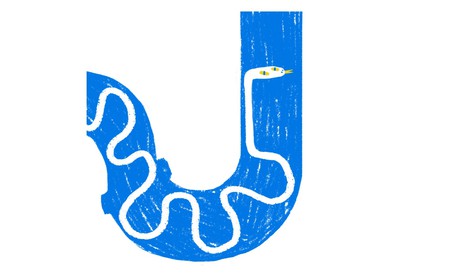 But the question remains — why toilets? In Panarat Chaiyaboon’s case, officials discovered a hole in the family’s sewage pipe, wide enough for a snake to squeeze its way through. Many snakes are known to sleep or lounge about in water. As previously mentioned, their habitats include marshes, swamps and rainforests. A toilet is the perfect place for a serpent to cozy up and protect itself from the scorching Thai sun.

Scientific studies have proven that cold-blooded snakes aren’t able to regulate their body temperatures. As a result, they cannot cool themselves down without a source of water. With no natural lakes or rivers in Bangkok’s bustling metropolis, toilets are not just a convenient refuge for snakes, but a biological necessity.

A Wetter Year than Normal

With all that said, this isn’t a problem that can solely be blamed on people’s actions. A further theory points to the weather. This November, Thailand had an exceptionally wet year, with flash floods caused by heavy monsoon rains decimating the country’s southern provinces. This wet weather has seen snakes heading indoors and seeking higher ground in order to survive. 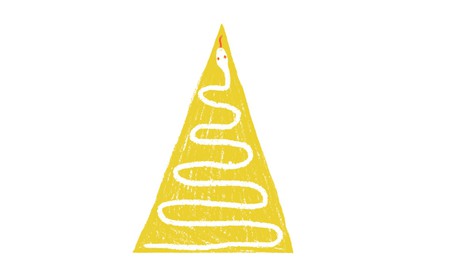 Learning to Live Together?

Pinning all the blame on one single cause is difficult, if not ineffective. As long as humans continue to expand into the territory of snakes, further sightings in people’s homes, gardens and toilets are to be expected.

The citizens of Bangkok have taken it upon themselves to create groups on the popular LINE messaging app, where photos of snakes can be submitted to help residents identify if their new houseguests are venomous. It is one of several steps being taken that indicate, at least in a few cases, humans and snakes are learning to live together. Why, Thais only have to look at their very own Cobra Village as an example of human-reptile harmony.

Is Bangkok ready to become a city of snakes? Probably not. But for now, residents have learned to think twice before they flush.