Why Thailand Has Hindu Statues at Buddhist Temples 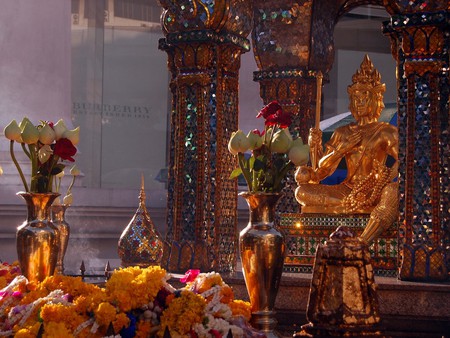 From the stunning Grand Palace in Bangkok to the local one hidden away in the soi, each of Thailand’s temples are beautiful in their own right. But as well as gorgeous gilded edges, stuccos and statues of the Buddha, you might come across statues of Hindu gods such as Ganesh or Brahman. Strange? Not really — here’s why.

Whilst Thailand is a country where 95% of its population are Buddhists, this wasn’t always the case. Thailand’s past — before it was even known as Thailand — was punctuated by a series of different ruling kingdoms, but in its earliest days, it was ruled by the powerful Khmer Empire. This empire, now modern-day Cambodia, followed Hinduism, and as a result, the religion spread to places under its control, including Thailand.

As the Khmer Empire ruled over modern-day Thailand, its Hindu ways and practices began to shape the land and the culture. Hinduism’s roots in the foundation of Thailand are evident all over the country. For example, Thailand’s former capital of Ayutthaya was named after Ayodhya, the birthplace of the Hindu god Rama, whilst the Phanom Rung temple in Isaan, built in the Khmer style, was dedicated to the Hindu god Shiva and made to represent the sacred site of Mount Kailash. Even Thailand’s national epic, Ramakien, was derived from the Hindu epic Ramayana. 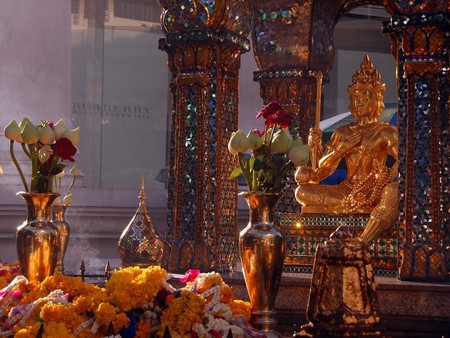 Even though the days of the Khmer Empire ruling Thailand are long over, many temples still have Hindu statues standing side by side with Buddhist statues. Buddhism isn’t like Abrahamic religions that are strict on monotheism, and Thailand’s Hindu past means that many figures have transcended through to Thai culture. Whilst you’ll often see a statue of the Hindu god Ganesh, Thais refer to it as Phra Pikanet. Thais don’t generally pray to Phra Pikanet, but do so in certain circumstances. For example, as Ganesh is seen as the remover of obstacles and a fan of the arts, artists or those who are opening a new business pray to him. Along with Ganesh, it’s common to see statues of Shiva (Phra Isuan), Brahma (Phra Phrom), Indra (Phra In) and Vishnu (Phra Narai). Whilst they might not have the same reputation or level of worship as the Buddha, they’re still important facets of Thai culture even hundreds of years after the Khmer Empire left.

Where to See Them 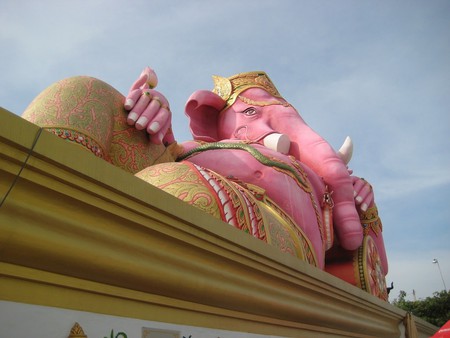 Thailand’s Hindu statues can be seen all over the country, but there are a few notable statues that are popular attractions. Suvarnabhumi Airport and Bangkok’s Grand Palace have striking statues of the Hindu giants, also known as yak, whilst the Erawan Shrine in Bangkok is home to a small, golden statue of Brahma that was the subject of a terror attack. Outside of Bangkok, Chachoensao Province is home to several huge statues of Ganesh, whilst other temples around the country feature somewhat less grand but equally beautiful statues of Hindu gods.