Why Does Thailand Hate Monitor Lizards? 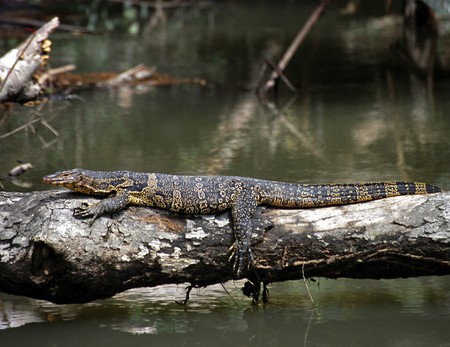 Thailand has a large population of water monitor lizards. The large reptiles can be spotted in ponds, rivers, lakes, mangroves, and swamps, slinking through parks and forests, basking on tree branches, scavenging through piles of rubbish, and sometimes crossing busy roads right in the middle of town. Many Thais loathe monitor lizards … but why?

Monitor lizards are some of the world’s biggest lizards; Thailand’s monitors can grow up to around two metres (6.5 foot) long and weigh up to 50 kilograms (110 pounds). It’s not uncommon to hear people refer to monitor lizards as crocodiles! Water monitor lizards have forked tongues to assist their senses, big claws, sharp teeth, scaly skin, powerful legs, and strong tails. They can swim and run fast. Monitors are carnivores, eating rodents, snakes, fish, birds, and other small creatures. They will also eat carrion. 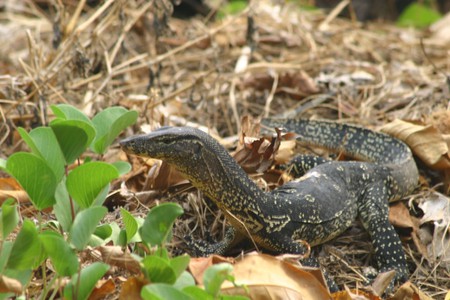 Monitor lizards will generally run away from people. They do not prey on humans but will defend themselves if threatened. They can make an intimidating hissing noise and often lash with their tail to protect themselves. Their claws and teeth can also inflict nasty injuries, which are prone to infection. The jury is out as to whether monitor lizards are actually venomous. Some scientists believe the biggest danger from a bite is the bacteria that are transmitted from the creature’s mouth, while others believe the lizard has venom glands in its mouth. In any case, like many wild animals, monitor lizards are likely to be more afraid of you than you are of them. If you leave a monitor lizard alone it will generally go on its way without incident. 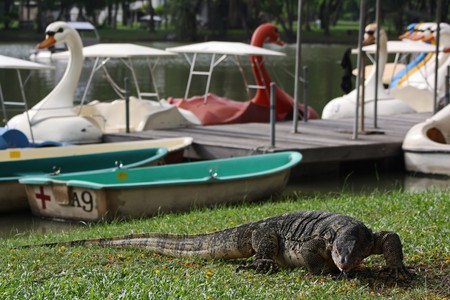 The Thai name for a monitor lizard is used as one of the worst insults and curse words in the Thai language. It can be used to refer to anything evil and bad, and calling a Thai person a monitor lizard (in Thai) can have serious repercussions. Some Thai people believe that even saying the animal’s name can bring bad luck.

Another, much politer, name is also used for the creature by those who do not wish to even speak its name. Tua ngern tua thong means “silver thing gold thing” and is thought by some to negate the bad luck that the creatures are thought to bring, as well as describing its metallic-coloured scales. 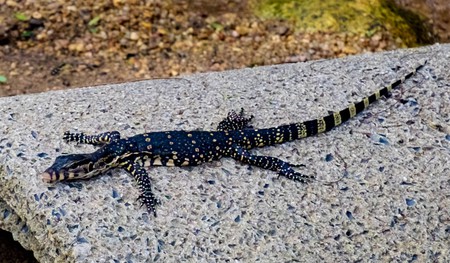 Many Thai people see monitor lizards as dirty and disgusting, though there are diverse reasons why. Indeed, it’s not always clear whether the large reptiles are seen as lucky or a curse!

Some Thais think seeing a monitor lizard will bring bad luck. One reason is that the lizards lurk around cemeteries and may be accompanied by spirits. Another is that they feast on rotting flesh and carrion. Other people see them as unlucky for a much more practical reason: they steal chickens and eggs and can be a threat to small domestic animals. There have been reports of people leaving monitor lizards in the gardens and offices of people they dislike in an attempt to bring bad luck their way. It would also surely be quite intimidating to look outside to see a gigantic lizard!

There are, however, some people who believe that if a monitor lizard enters your home then you’re in for some good luck. To further their good fortunes, homeowners should speak nicely to the home-invading lizard, asking it for more wealth and good luck. Going one step further, some Thais think that throwing coins at the lizard (while in the home) will increase your luck even more and make the lizard leave the home. 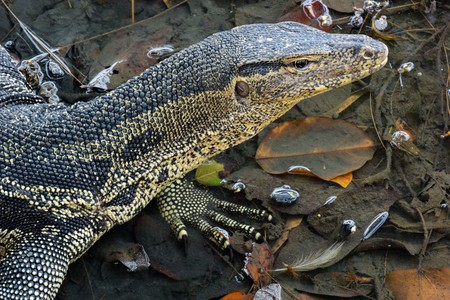 In general, asking a Thai person about monitor lizards will be met with anything ranging from revulsion to indifference. There’s certainly, though, no love for the large lizards in the Land of Smiles.