Where to Go Whitewater Rafting in Thailand 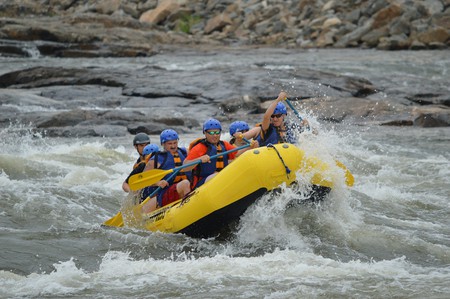 Whitewater rafting may have been conceived in the American West, but this popular outdoor activity has spread to some of the most remote locations in the world and Thailand is no exception. With differing grades of difficulty and stunning scenery around every bend, there is a river for everyone to whitewater raft on in the Kingdom.

The northern capital of Thailand has long been a city which outdoor enthusiasts have flocked to. While this city’s popularity remains in hands of trek-loving hikers, Chiang Mai is also a great place for those travelers wanting to take to the water. Located outside of the Chiang Mai city center is both the Mae Cham and Mae Taeng River. It is here that the majority of whitewater rafting tours frequent on their excursions, which take place almost daily. The most rewarding thing about rafting in Chiang Mai is the stunning scenery found along the way, from locals fishing along calmer stretches of water to emerald green jungle towering over rafters on either side of the river’s banks. 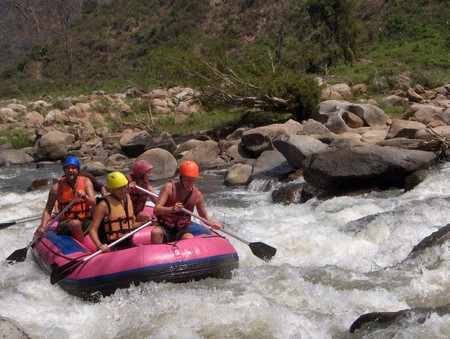 About three hours northwest of Chiang Mai is Pai. It has become a hippie haven of sorts, and one of the main reasons as to why people visit is to do absolutely nothing. Those feeling a bit more adventurous, however, should check out the handful of tour companies whitewater rafting on the Pai River. The river is the longest one in the province, coming in at a whopping 180 kilometers in length. It starts in Laos and finishes when it connects with the Salawin River in Myanmar. Pai Adventure is a family-owned whitewater rafting and trekking company with one and two-day excursions available on the river; there are companies with excursions lasting only a handful of hours as well. 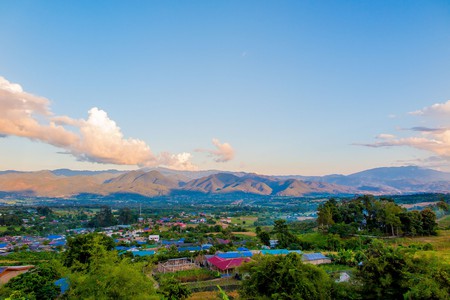 Those thrill-seekers who are looking for more than just a ride down the river will want to take on the Nam Wa River in Nan. The city borders Laos and is rarely visited by tourists, making it a prime destination for those hoping to get off the beaten path. This river is a bit longer in length, and rafters will have to stay on the water for more than just a half or full day. It runs through the Mae Jarim National Park, which is engulfed in mountainous terrain and stunning scenery. 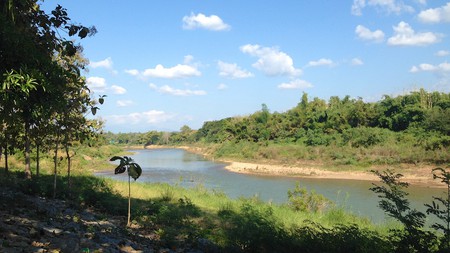 Not all the best whitewater rafting is located up north, and Chanthaburi is a prime example of this. The province remains largely unvisited and oftentimes unknown by visitors to Thailand, but it is worth a visit for those hoping to take to the water via raft. The Khlong Pong Nam Ron is a river that is great for beginners, as the rapids never get too difficult. After the excursion, end the day by visiting the stunning Khao Soi Dao Wildlife Sanctuary, which is home to the 16-tiered Khao Soi Dao Waterfall.

Phang Nga sits north of the popular island of Phuket. The province is sometimes neglected by the millions of tourists who bypass this area to make their way to the popular island. That being said, this is where visitors will find the Khlong Song Phraek River, a great place to go whitewater rafting for adrenaline junkies and outdoor enthusiasts alike. The drive out to the river provides passengers with some interesting sights, from local villages to attractive countryside. Rafting trips range in duration, but there are a handful of tours that allow rafters a mere 45 minutes on the water should they choose to do so. The rapids range in difficulty, but those who book a tour will be relieved to hear that all are accompanied by a guide. Regardless of how exhilarating the rapids are, be sure to look around and take in all the surrounding greenery on either side of the water. Those visiting Phuket can book tours on the island to travel to the Phang Nga province, as well. 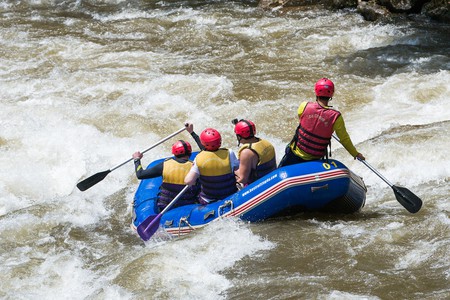 While it is certainly false that only the best swimmers and most athletic of travelers can whitewater raft, there are a few things to keep in mind before taking on the rapids. Be sure to check the safety requirements of any tour company booked. Many of these rivers are also prone to flooding during the monsoon season (July to October) and can become quite dangerous.