Tradition Versus Television: The Battle for Muay Thai's Soul 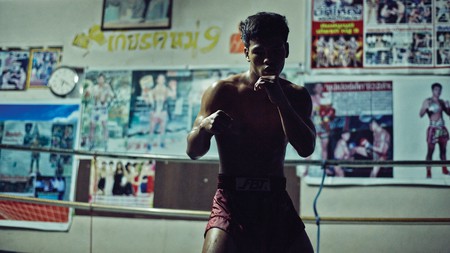 There are two different kinds of Muay Thai in Thailand. One involves dedication, ritual and respect; the other is all ring girls and sensationalism. Choosing one over the other is a battle between financial reward and sporting respect.

The gash on the fighter’s forehead is gushing. A speedy, well-placed punch jutted through his defences in the last round. Now, a trickle of blood streams down his face, chest and stomach. His opponent senses weakness and hooks his foot behind the bloodied fighter, sending him tumbling backwards. A spray of sweat and saliva spurts up as he falls down. Ding ding ding, and it’s the end of the round. 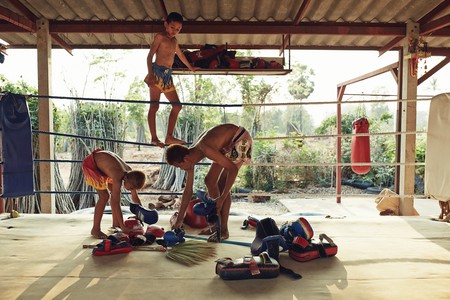 This is a typical night at Rajadamnern Stadium, the oldest Muay Thai stadium in the world. While it took just three minutes to play out, a scene like this – for many fighters, the pinnacle of their career in traditional Muay Thai – can be ten years in the making. 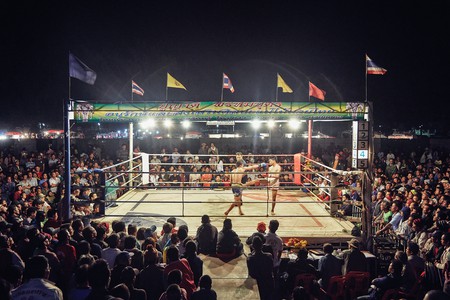 “A speedy, well-placed punch jutted through his defences in the last round” | © Steven Counts

That long journey usually starts in a gym like Por Promin. There are no walls here. There is no air conditioning. It is home to about 17 dogs and a pair of fighting cocks that are kept in separate cages – if they’re let out, they’ll fight until the other is dead.

In the afternoon, as schools let out, the kids come. From the ages of four to 20, traditional Muay Thai fighters must put in around three 3-hour sessions a day, six days a week. Today there are four Thai boys at Por Promin, all around seven years old; two girls, both around nine; and three German brothers between four and eight who are sent each afternoon as their parents holiday in the nearby town. The children start off by doing laps around the gym. The two older German boys and two of the Thai boys then head into the ring to practise grappling. 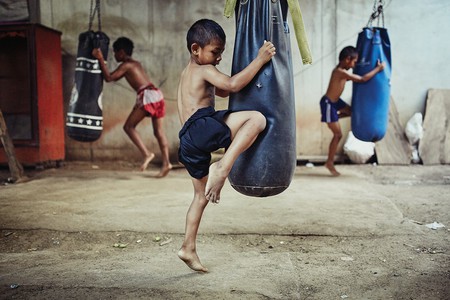 One kid wearing oversized hand-me-downs throws his arms around his opponent’s neck and thrusts a knee carefully upwards to strike at the sides. A central part of the traditional fighting style, grappling is every bit as dangerous as it looks. 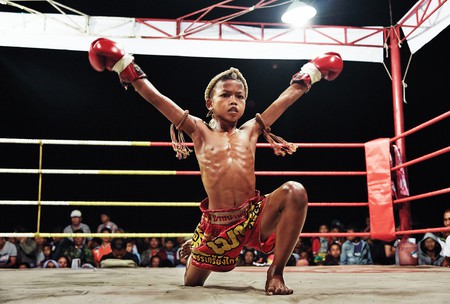 Petch Utong – a three-time Rajadamnern champion – is one of the select few fighters who have made it in the world of professional, traditional Muay Thai. In one match he can make 150,000 Thai baht (£3,700). It’s a significant sum, for which he has clocked up more than his fair share of near-death experiences during his career.

But if Utong were in it just for the money, he wouldn’t be a traditional fighter. He would be fighting on TV, on a show such as Max Muay Thai, which is filmed at a stadium in Pattaya. Here, various Thai boxers take on foreign fighters; each match is billed as Thailand vs. the country that the other fighter is from. 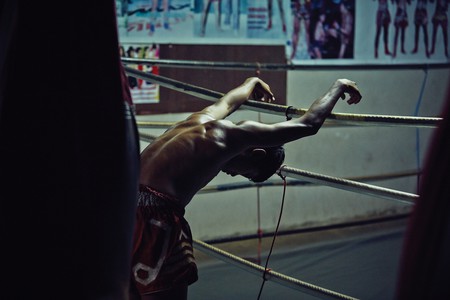 For many involved in Muay Thai, the sport really isn’t about the money | © Steven Counts

Max Muay Thai is much speedier than traditional fights. There are fewer rounds, so fighters tend to go in aggressive and fast. And there are also different rules about clinching; fighters cannot grapple with each other for very long before the referee breaks them apart. These changes help to ensure the punches keep flying.

For a foreigner who started out on a different martial art, this form of Muay Thai isn’t necessarily a huge departure from what they know. But for Thais who have practised the traditional form of the sport, it can be dangerous.

Critics of the televised form will also point out its mismatches, when an experienced fighter squares up against a weaker opponent, who must take part or risk displeasing the promoters who can make or break careers.

Yet, if a fighter is willing to take the televised route, success will be rewarded: wins pay twice what traditional bouts pay, with the possibility of bonuses for especially exciting victories.

For many involved in Muay Thai, however, the sport really isn’t about the money. 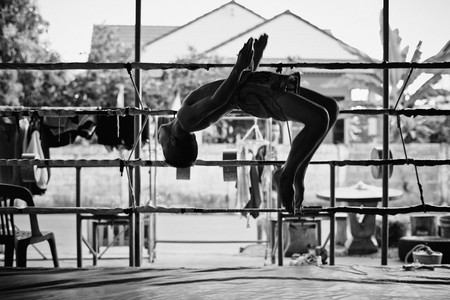 “The damp air at the gym smells sour, a mixture of sweat and the soles of feet” | © Steven Counts

Arjan Toon is the squat, hench head trainer at Sor Sommai gym in Bangkok’s Northeast. The damp air here smells sour, a mixture of sweat and the soles of feet. Toon is in the ring, elevated above the rest of the gym, holding two large pads on his arms and one around his middle as he directs a fighter to strike him in certain ways. For three years in a row, Toon has won a lauded best trainer award, has trained hundreds of fighters and mentored eight champions. 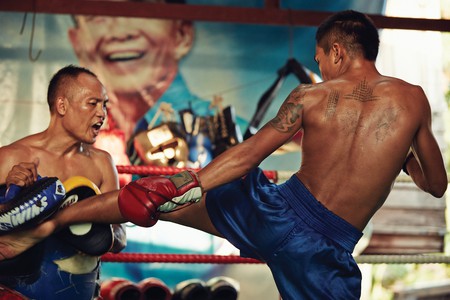 Win or lose, traditional Muay Thai fighters show respect to each other and the sport | © Steven Counts

But perhaps the most important lesson he imparts is not how to move, defend or attack. He teaches fighters to show respect for the sport – perhaps one of the key differences between traditional and televised Muay Thai. 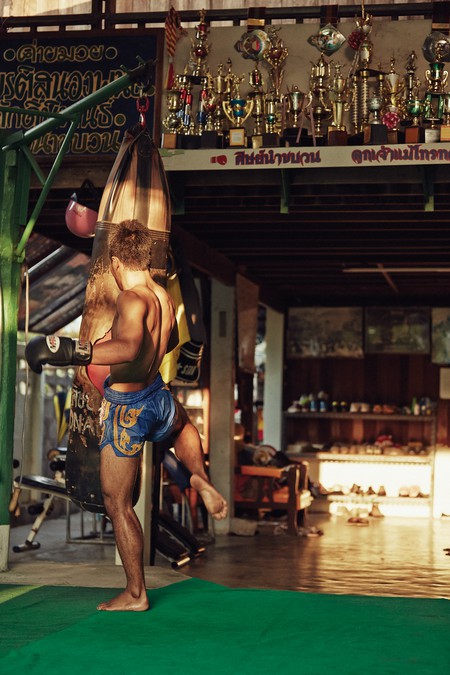 Win or lose, traditional Muay Thai fighters show respect: the competitors bow to each other, to their mentors and to their coaching staff. When one fighter is easily winning and it looks like the match is headed for needless bloodshed, the opponents will spend the next few rounds pacing the ring to eat up time. Respect for the sport supersedes the ego, and the two fighters invariably leave the ring arm in arm – like brothers. 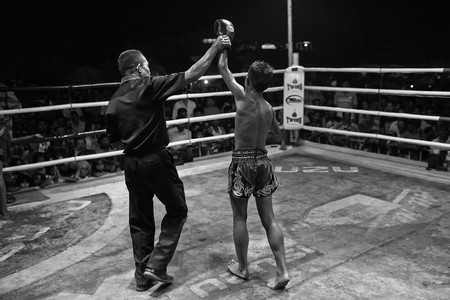 Respect for the sport supersedes the ego, and the two fighters invariably leave the ring arm in arm | © Steven Counts
Give us feedback