Top Things to Do During Songkran in Bangkok, Thailand 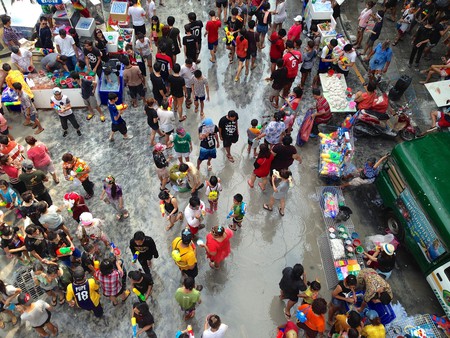 Songkran is one of the biggest festivals in Thailand. Lasting for a minimum of three days, it celebrates the start of the Thai New Year. More famously known today for the immense water fights that take place in the streets, here’s how to enjoy Songkran in Bangkok.

Khao San Road is the backpacking heart of Bangkok. The road is filled with revellers, both foreign and Thai, during Songkran. The huge street party features lots of water and lots of booze. Crowded and frenetic, Khao San Road is the place to go if you want to hit the crowds armed with a cocktail bucket and a water gun. Loud music blares from the bars and spirits are high. 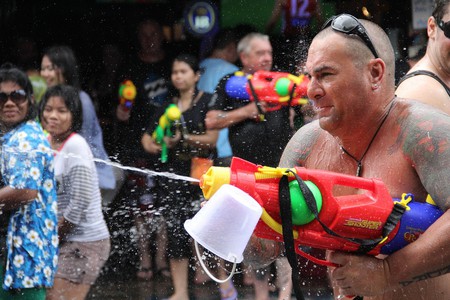 Make a splash at Silom Road

A section of Silom Road is closed for Songkran festivities, attracting even more Thais than Khao San Road. It’s particularly popular for members of the LGBT community. You’ll see ladyboys posing and pouting in the thick crowds as everyone joins in with a gigantic free-for-all water fight. Music and booze are also prominent and people daub each other with a paste of powder mixed with water. 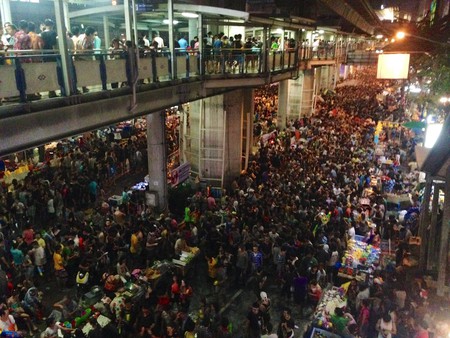 Have fun at Siam Square

Visit Siam Square for Songkran if you’re after a more chilled and family-friendly experience. There are stages and activities in front of Central World, including music, low-key watery fun, and cultural events. Alcohol and powder are banned.

Sanum Luang is a great place for cultural Songkran fun away from the hectic streets. The large public square, located in front of the Grand Palace, is a hive of activity, with performances and ceremonies that showcase Thai culture, heritage, and values. Expect shadow puppetry, Muay Thai demonstrations, mask dancing, music, traditional costumes, and more. A highly revered Buddha statue is brought out of the National Museum too, with people praying and showing their respect to the image by sprinkling water on it and leaving offerings. 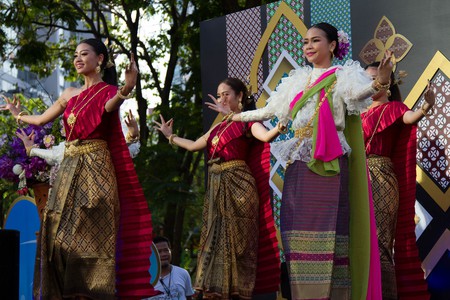 See the traditional side of Songkran with a temple visit. While you can stop into any local temple and you’ll find people paying their respects to the Buddha images, washing the statues, and honouring monks, there are nine major temples that attract substantial numbers of people. Some Thais will even visit all nine of these top temples in the one day, hopping between each to make merit and trying to secure good luck for the year ahead.

Wat Phra Kaew (the Temple of the Emerald Buddha), Wat Pho, Wak Saket (the Golden Mount), and Wat Suthat (near the giant swing) are all well-known temples that are popular places to visit at Songkran. Wat Bowornniwet and Wat Chana Songkhram often don’t make tourist’s itineraries, but they’re well worth visiting during the Thai New Year. On the Thonburi side of the river, Wat Arun (Temple of the Dawn), Wat Kalayanamit, and Wat Rakhang are also very active over Songkran. 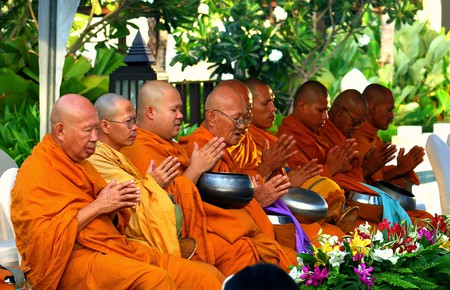 Cool down at a pool party

Many hotels arrange Songkran pool parties, where the emphasis is more on having fun and cooling down in the sun rather than hurling water around. Each offers something different, so check what kind of vibe you’re after before buying tickets. Some pool parties are fairly posh, others are manic! Most feature great music, BBQs and other delicious food, and cocktails.

Escape the crowds in the malls

Bangkok’s malls are still open for business over the festive period and offer the perfect places to escape the crowded streets and stay dry in air-conditioned comfort. Shop till you drop and visit the food courts for delicious feasts. Some malls have special displays and activities too. Asiatique is particularly known for its Songkran events. 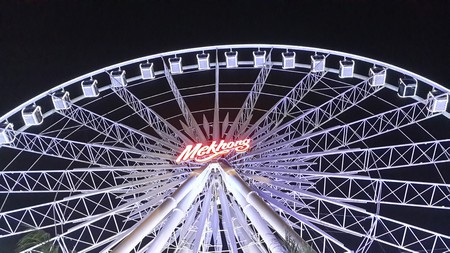 Why let the fun end as the sun goes down? Do like the fun-loving youthful locals do and head to Royal City Avenue (RCA) for a night of partying. There are many clubs to choose from, with many hosting special Songkran parties at nighttime with top-class DJs, drinks promotions, and heaps of fun.

Wander along almost any street in Bangkok during Songkran and you’ll come across groups of people throwing water and enjoying the holiday. With three days of celebrations, mix and match traditional and cultural activities with huge water fights to see all sides of Songkran.