Top Cities To Visit For Loy Krathong, The Festival Of Light 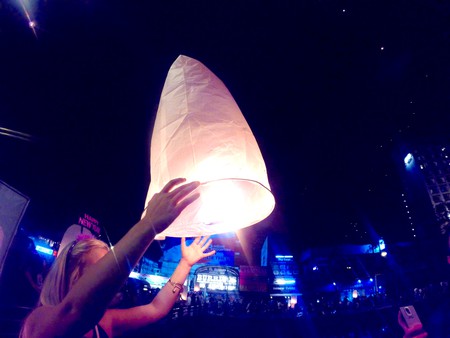 Any city with a major waterway is going to have huge celebrations this year for the Thai festival, Loy Krathong, or the ‘festival of light.’ This festival is one of the most stunning celebrations the country participates in. Festival-goers watch as Thai families come together to release a year’s worth of bad vibes down canals, rivers, and ponds. Each Krathong, or floating basket, is meant to carry these misgivings down the waterways of Thailand. Decorated with candles, three incense sticks, banana leaves, and flowers, they make a truly unforgettable sight as they float in their thousands. And while there will certainly be celebrations nationwide, there are a handful of cities putting on the most impressive of festivals. Here are the top cities to be in for Loy Krathong.

Thailand’s northern capital, Chiang Mai, is always one of the best cities to visit for many festivals throughout the year. Loy Krathong is yet another festival the city takes incredibly seriously, with plenty of food, parties, and celebrations throughout the ancient city. 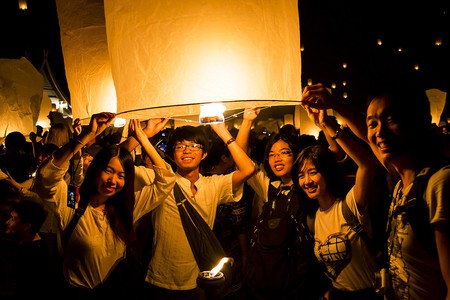 The Lanna ritual is one of these celebrations, in which scores of Thais and foreigners alike come together to let go of lit, floating lanterns into the air. The night sky is entirely lit up with them, and it’s absolutely stunning. In addition to the releasing of lanterns, there is also a parade that has traditionally made its way through the city, showcasing the story of the life of Lord Buddha and showcasing Thai culture through music and art. There are rumors that events nationwide will be toned down due to the recent passing of Thailand’s late king, King Bhumibol Adulyadej, so do be prepared for the festivities to be less eccentric as they have been in previous years. 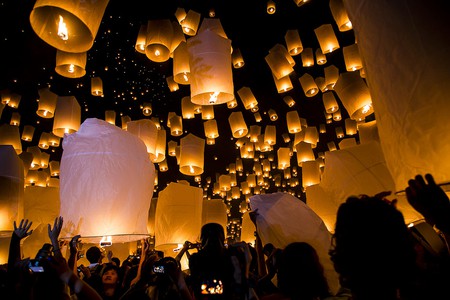 The Chao Phraya River which runs through Bangkok is home to some of the best festivities for Loy Krathong. Often referred to as the artery of the city, this river is always packed on either side with excited Thais eager to be rid of their misgivings into the river. Asiatique is one of the best areas for celebration. The outdoor, open-air mall is buzzing with shops, food vendors, and restaurants. To get to Asiatique, take the BTS Skytrain to Saphan Taksin on the Silom Line. Then, take exit two before boarding a boat to get to the market. 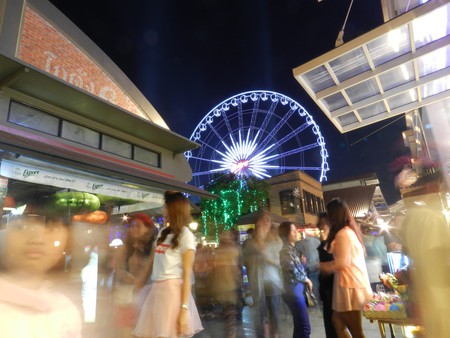 There are plenty of green spaces throughout Bangkok that are home to small bodies of water. It is here you’ll find fewer foreigners and more Thai families gathering to pay their respects and ask for forgiveness as well as give thanks to the water goddess, Mae Khongkha. Some parks around the city with small ponds and lakes include Chatuchak Park, Lumphini Park, and Benjasiri Park. 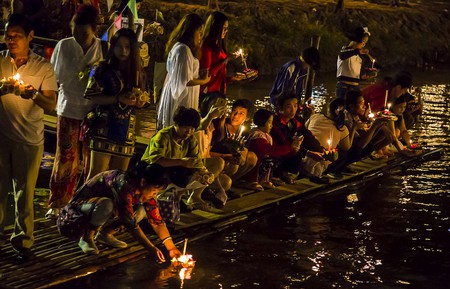 Many believe that the origins of Loy Krathong are from Sukhothai, which may be why this is one of the best cities to visit in order to celebrate. Sukhothai is located north of Bangkok, and the city was Thailand’s first official capital. In honor of Loy Krathong, the city usually hosts a wide variety of celebratory events, including folk dancing and fireworks. Again, these events may be toned down due to the passing of the king, but there’ll still be plenty of lit krathongs making their way down the Yom River. 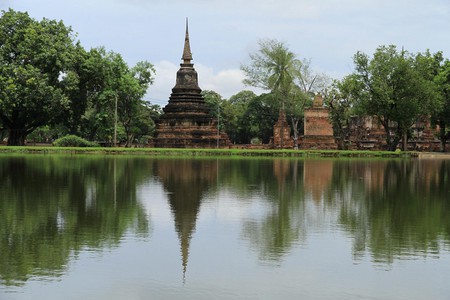 While the cities listed above have large waterways, there is no better place to release your misfortunes along with your krathongs than right on the ocean. Phuket is home to many large festivals throughout the course of the year, including the Vegetarian Festival, and Loy Krathong is no exception. 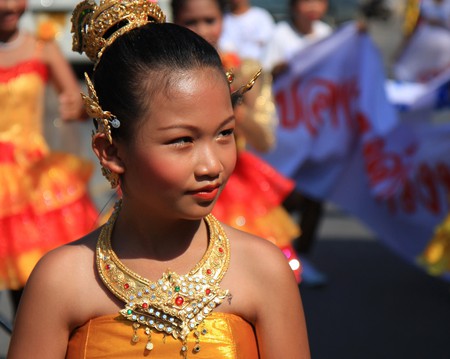 Crowds of people will gather on some of Phuket’s most famous beaches in order to celebrate, including Patong Beach. Other popular beaches to visit for the festival include Kata and Karon, with many people releasing their krathongs on Karon Lake. You can expect large celebrations at a number of parks found throughout the island, including Saphan Hin Park and Suan Luang Park. Phuket Town will be full of festivities, as well. The biggest celebrations in Phuket will be on Monday, November 14. 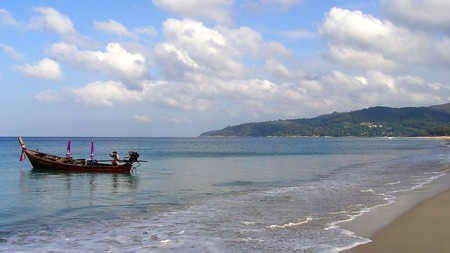 Karon Beach, Phuket, Thailand | © Courtesy of yeowatzup/Flickr
Give us feedback