Top 7 Underrated Places in Thailand to Visit in 2017 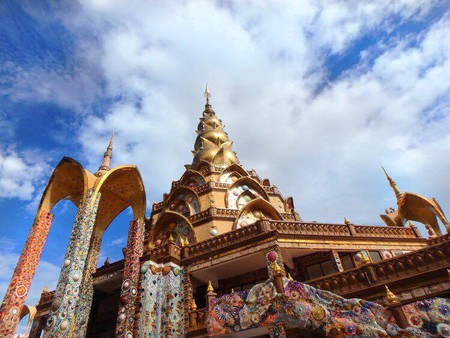 Do you love traveling, but shy away from frenetic tourist hotspots? Fret not, there are plenty of cities in Thailand found on a lesser-trodden path, which are just as stunning, interesting, and fun as those listed in the travel guides. Here are seven of the most underrated places to visit in Thailand.

Don’t be hasty to reject the idea of traveling five hours by bus from Bangkok to the city of Phetchabun. The ride itself is relatively mundane, broken up only by scenic farmland and the occasional mountain range providing views to passengers. Upon arrival, however, the memory of the brutal bus journey will fade from travelers’ minds. The city’s main lure is its tranquil terrain, consisting of waterfalls, mountains, lakes, and national parks (best explored by motorcycle). In addition to its lush countryside, Phetchabun is home to one of the most eye-catching temples in Thailand: Wat Pha Sorn Kaew. It is also known as the ‘temple on a high glass cliff’ because of the stunning location, with the surrounding mountainous terrain making for an incredible backdrop. The temple itself is a treasure, consisting of thousands of mosaic tiles and a pagoda with five Buddha images. 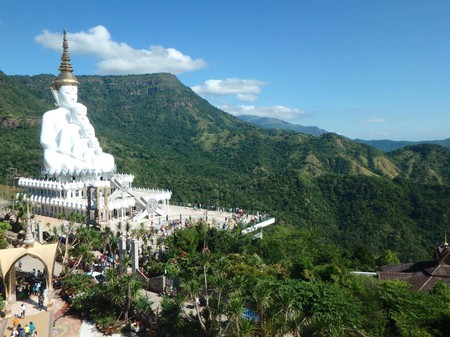 Hat Yai may be the fourth largest town in Thailand, but the sprawling metropolis still rarely makes it onto the itineraries of tourists who visit the Land of Smiles. The predominant groups who make their way through this cultivated city are visitors from Malaysia and Singapore. While it remains a destination only worth visiting for a handful of days, there are plenty of activities to fill that timeframe. Few cities can compare with Bangkok for luxury malls, but Hat Yai does have a number of Western-style shopping centers that are sure to please even the most avid of shoppers. Those looking for something a little less urban can head to Ton Nga Chang waterfall, aka the Elephant’s Tusks Waterfall, located just 20 minutes outside of the city. Situated within the Tong Nga Chang Wildlife Sanctuary, the waterfall cascades over seven magnificent levels, the most impressive being on the third tier; here, the stream separates and splits into two, resembling the tusks of an elephant. 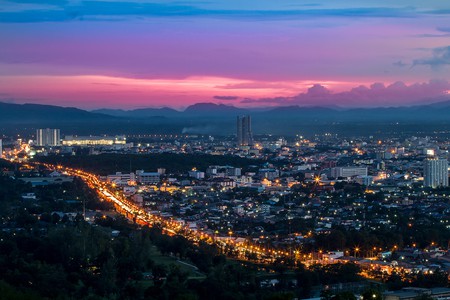 Herds of tourists flock to Chiang Mai, the capital of northern Thailand, to enjoy all that the mountainous city has to offer. But Chiang Mai’s rise to fame has left surrounding cities hidden in its extraordinary shadow … until now. Located about four hours north of Chiang Mai is the city of Pai: a somewhat carbon copy of its busier counterpart, but much more compact and quiet. Despite its smaller size, the city is brimming with things to see and do. Some of the best sights include the Land Split (which is exactly what it sounds like), Tha Pai Hot Springs, Pai Canyon, and Wat Phra That Mae Yen, or ‘Temple on the Hill.’ Pai prides itself on being a watering hole for hippies, while a number of restaurants and cafés serve up vegetarian and vegan dishes. Those traveling on a budget should head to Walking Street, which is lined with Thai and Western street food stalls.

Although Kanchanaburi may have a dark past, its future is bright and promising. The provincial town in the West of Thailand continues to rise in popularity as ever-more tourists catch wind of the seven-tiered waterfall found in Erawan National Park. Located about an hour outside of Kanchanaburi, the national park is made up of deciduous forest and wildlife. But fret not, the wildlife isn’t known to get close to the falls, which is where most visitors remain (except the monkeys … beware the monkeys). In addition to its beautiful scenery, the city also has historic reminders of its somber past during the Second World War. A handful of museums and sights capture what life was like when Japanese forces made their way into the city in hopes of building a rail route to Myanmar; some of the most interesting include the Death Railway Museum, Hellfire Pass Memorial Museum, and the Bridge on the River Kwai. 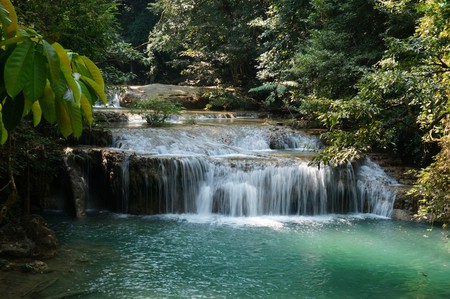 A three-hour drive southeast from Bangkok takes travelers to Chanthaburi. It’s hard to come up with any reason as to why the quaint city is as unfrequented as it is; there are plenty of things to see and do, from temples to markets and shrines. Visitors to the serene Namtok Phlio National Park, located 14 kilometers from the city, will be hard-pressed to find any fellow foreigners as they meander around the lagoons pooling beneath the four waterfalls. There are many noteworthy sights other than the falls, including a plethora of wildlife and a pagoda cloaked in emerald-green moss. The Khao Khitchakhut National Park, home to wildlife, forests and waterfalls, is just outside of the city, too. 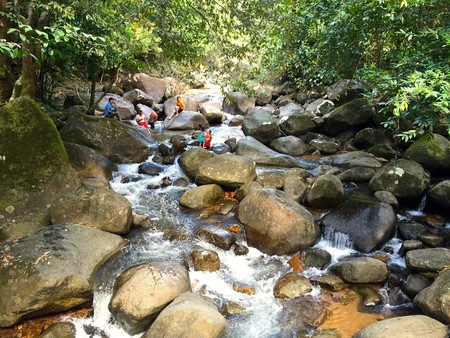 During the Sukhothai era (1238-1438), King Ram Khamhaeng attempted to greatly expand the empire in a period that’s often referred to as the “golden age”. Today, there are still many remnants of this rich era in one of the most underrated cities in Thailand: Sukhothai. The capital of the first Kingdom of Siam, Sukhothai is now a UNESCO World Heritage City and well worth the six-hour bus ride from Bangkok (one of the main reasons for the low numbers of visitors). A day or two is sufficient to explore the ancient city and see all of the historical sites, including the famous Sukhothai Historical Park and Si Satchanalai Historical Park. 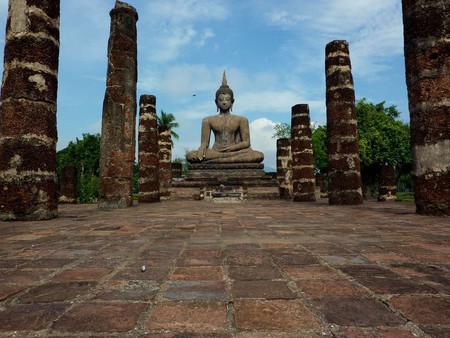 A string of explosions in August 2016, in addition to years of political unrest in Thailand’s southern provinces, has left many wondering about the safety of travel here. Despite its location in South Thailand, Trang is considered safe to visit, although tourists are advised to exercise extreme caution when traveling (as always). Nowhere near as popular as neighboring Krabi, Trang remains less busy and crowded, but well worth a visit. The province offers travelers the best of both worlds: pristine islands and beaches, plus the thriving city atmosphere of Trang Town. Those looking for something less urban and more secluded should head off the beaten track to Trang’s 70-mile coastline. The islands off the coast here are much quieter and more peaceful than those just a hop, skip, and a jump away in Koh Lanta, Koh Phi Phi, and Phuket. 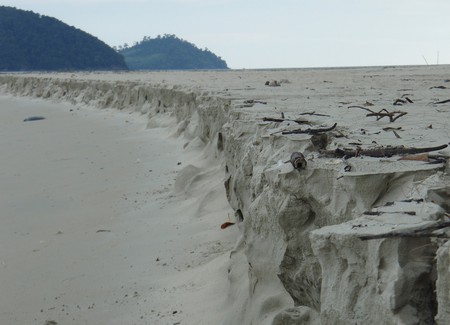