The music of Thailand is a direct reflection of the country’s diverse, and often tumultuous nature. North-Eastern fusion folk, funk and noise rock all jostle together, representing Thailand’s rich and globalized culture. This selection of musicians will have you crate digging old Bangkok record stores for more. 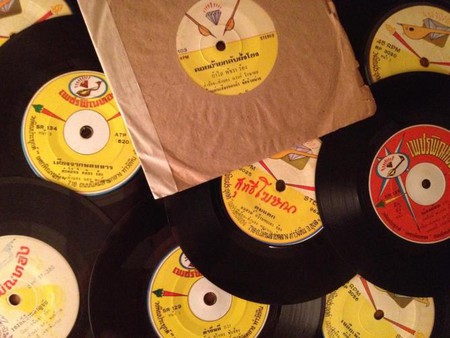 Pongsri Woranuch was the Luk Thung star in the 1950s. Luk Thung is a common style of Thai folk music that told stories of rural life on farms. The music often mixed traditional Thai music with variations of Latin music and western folk. These songs evoke a tenderness that wells up with the crescendo of the horns. These days, Luk Thung is often considered by young people in Thailand to be an old and boring style of music, but it represents an iconic genre of Thai music.

To unfamiliar ears, Angkanang Kunchai can sound like the Thai answer to The Velvet Underground. The drone of the distorted organ in “Lam Plearn Koi Ai” is reminiscent of The Doors while the brash staccato horns in “Isan Lam Plearn” could be the grand opening of a soul epic. The songs weave between psychedelic rock rhythms and quiet Thai folk. The quieter moments leave room for Kunchai’s charming raspy voice, which effortlessly transitions from high vibrato notes to fast-paced talking and back. These melodies were written at a crucial time when the folk styles of Molam and Luk Thung were being mixed with western rock and Latin influences. There are many compilations with Thai folk fusions from the 1960s and 1970s, but Angkanang Kunchai’s album Isan Lam Plearn is one of the few full albums that shows the full range of sound that one band could produce at the time. 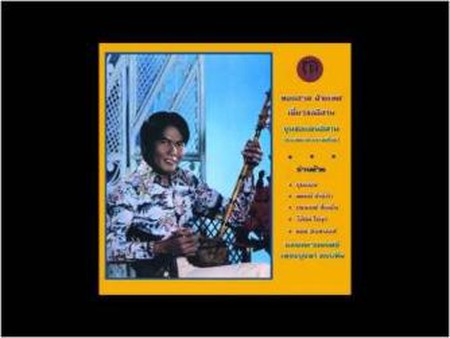 An example of a more typical Molam style, Thonghuad Faited plays variations of folk melodies on the saw u, a bowed two-string instrument that sounds like a fiddle. This variation of Molam is more consistent and features the instruments more familiar to Molam such as various gongs, hand drums, and bamboo flutes. Faited’s solo pieces have a bouncy jig feel to them, changing tempo and rhythm unpredictably, and sometimes soothing out into longer contemplative notes. According to Zudrangma Records, Faited was considered a master of his instrument and, at the height of his fame, would play up to five concerts a night in Bangkok. 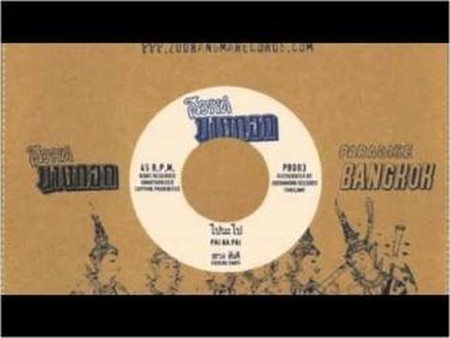 You could be forgiven for wanting to mosh in a sweaty basement dive when listening to Sroeng Santi. They are best known for Kuen Kuen Leung Leung, which explosively opens with Black Sabbath’s “Iron Man” riff (the messy ferocity of Sroeng Santi adds a new dimension to the original). Despite the heavy metal influence, Sroeng Santi continue to use vocal patterns and scales that are reminiscent of Thai folk, making for an invigorating musical experience.

Caravan’s political folk-rock is uplifting and powerful even for those who don’t understand Thai. Born out of the democratic movement of the early 1970s, Caravan wrote songs that spoke out against the dictatorial regime of the time. Similar to the Luk Thung folk tradition, some songs also described farm life and sympathized with the poorer peasantry. With a rich and varied discography, Caravan also have many live albums, one of which is recorded during a UNICEF concert. 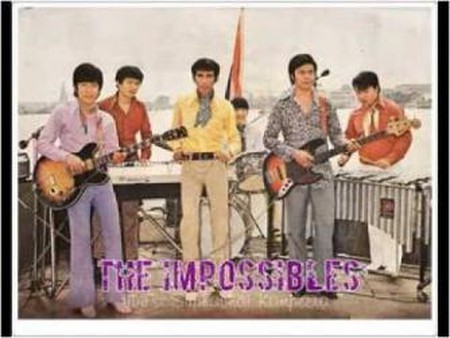 The Impossibles were one of Thailand’s first pop bands. They were famous not only for their own music but also for their Western music covers and for crossing genres, bringing elements of funk, jazz, and soul into their own. While some songs are slow jazz ballads, when they get their funk on, The Impossibles get into a serious groove.

Reverb-flush ambient riffs with dreamy synths; Desktop Error play smart, well-composed rock. Starting off as students playing in small rock venues in Bangkok, Desktop Error released their first mini-album in 2006 and spent three years working on their debut album, Ticket to Home, released in 2009. Now, they have topped local charts and played festivals in Hong Kong and Macau. Their first single, “ควันจางลา” from their second album, Keep Looking at the Window, is a thoughtful and deep track that builds from overlapping guitar riffs into progressive shoe-gaze. 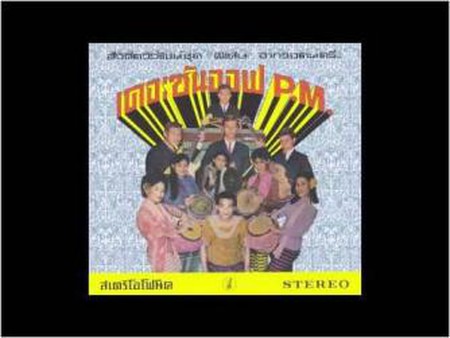 The Son of P.M. – Payong Mudka

The Son of P.M. is one of many bands led by the great Payong Mudka. When their surf guitar and organ are going counter-rhythm to the drums and gongs, raucous is an understated description. The sound is raw and reminiscent of Link Wray’s pioneering electric guitar sound. During the 1960s this music was marketed as “modernized” Thai music, even though it is the presence of Thai xylophones and percussion instruments that brings the vigor to this music that its western equivalent lacks. Information about Mudka is scarce, and so he is generally unknown to today’s generation of young Thai people.

Post-rock at its finest. Dynamic and versatile, portraying dark emotions unassumingly, Goose released music on the same label as Desktop Error. “เวลาที่มี” begins with discordant guitar, but retains the vulnerability associated with bands like Sigur Ros. Goose formed in 2002 and have now already disbanded, leaving the world with just two albums.

The sound of soft pop-rock with jazz chords and loose and slow riffs, Moving and Cut sing subtle love songs with soft layered vocals. There is little that is distinctively Thai about their songs, except for their female vocal samples. The music has a relaxed and airy quality that is common amongst South-east Asian pop-rock bands. Oddly enough, if you want to listen to something that sounds “Thai” nowadays, your best bet is a French jazz band.