These Underrated Cities in Thailand Are Still Worth Visiting 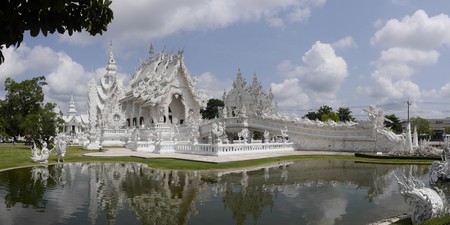 Looking on social media, you’ve probably seen so many trips to the same old places in Thailand that you could make an itinerary with little research. Everybody knows that Bangkok is crazy, everyone’s gone wild in Patong and absolutely everyone who visits will end up at Maya Bay at one point or another. Fancy a curveball in your travel plans? Check out these underrated and understated cities that still have plenty to see and do – you won’t regret it.

For most people, Krabi Town is a one-night stop off before catching a ferry to Phi Phi or a flight elsewhere – but with so much on offer, it deserves much more recognition. Krabi Town is home to traditional, cheap food, stunning views from its hiking routes and climbing to its Tiger Cave Temple, and a thriving nightlife. Not only that, it’s less than 30 minutes to beautiful beaches such as Ao Nang and Railay, making it more than worth a few nights of your time. The weekend night market features all of your favourite Thai dishes, to be enjoyed with live musical performances and perhaps a cocktail served in a bamboo shoot, if you’re that way inclined. The Emerald Pool features emerald-coloured water that’s almost luminous, and is a great place to cool off, and it’s also popular to kayak amongst the mangrove trees located not too far from the town.

Much like Krabi Town, Chumphon is rarely seen as little else than a gateway to islands such as Koh Tao, yet it isn’t without charms of its own. With hundreds of kilometers of coastline, there are plenty of virtually empty beaches and small islands to enjoy. One such island is Ko Phitak, a small, eco-friendly fishing island where it’s possible to stay in a homestay and get a taste of real Thai island life. Houses are built on wood and suspended over water, and come with amazing views of the sea and surroundings. Back on the mainland, this sleepy province has viewpoints and temples to keep you entertained as you enjoy a few days in the peace and quiet. 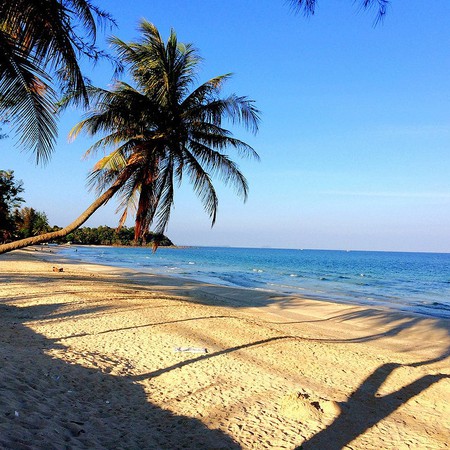 Hat Yai is the fourth largest city in Thailand, yet travellers are reluctant to venture too far south in Thailand because of the insurgency. In reality though, it’s extremely unlikely to affect visitors, and folks are missing out on a great place. It’s fairly cosmopolitan for southern Thailand, with sprawling shopping centres making it the premier shopping hub in the region, yet it’s also home to night markets for those who fancy a bargain. For a great view, make sure to ride the cable car to see the city from up on high. 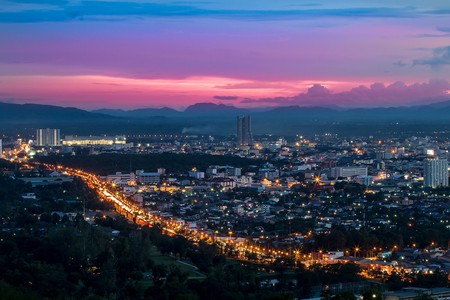 Hat Yai | © All Of Me with you/Flickr

Whilst many might have passed through Chiang Rai on the northern loop, few then spend any significant amount of time in this beautiful city. If you’re a temple lover, then it’s a must visit. Wat Phra Kaew is a royal temple that’s home to a stunning emerald Buddha, whilst the White Temple features extremely intricate architecture and carvings depicting scenes from Buddhism. Away from temples, the night bazaar is well worth a visit for its cheap shopping and food, and there are plenty of trekking routes located nearby.

You might have heard your grandparents mention visiting Kanchanaburi when you told them of your plans to travel to Thailand, and like all advice from the elderly, you’d be wise to take it on board. That’s because Kanchanaburi was home to the Death Railway project, which was immortalised in cinematic history in the Oscar-laden Bridge on the River Kwai. There are some really great museums dedicated to this bleak scene in history and you can still ride the rails, though your stay here needn’t all be doom and gloom. Kanchanaburi also has Erawan National Park, one of Thailand’s many gorgeous national parks that’s home to enchanting waterfalls and exciting caves that are just waiting to be explored. Whatever you motivations are for travelling to Kanchanaburi, the important thing is that you do. 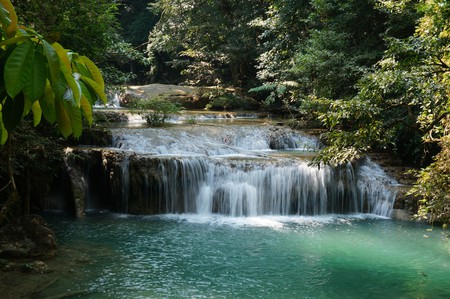 Many head to Ayutthaya, a former capital of Thailand, due to its convenience being located close to Bangkok. However, another former capital city, Sukhothai, is just as worthy of your attention. Like Ayutthaya, it’s home to some of the finest temples in all of Thailand; hundreds of years old, with fine details carved into them and featuring the usual imposing prangs and chedis. Wat Mahatat, built in 1345, features a large statue of the Buddha at its centre, and is just one of many breathtaking temples found in the UNESCO World Heritage historical park. Bike tours are a great way to see the sights, and there’s even an elephant sanctuary nearby for when you’re done with the temples. 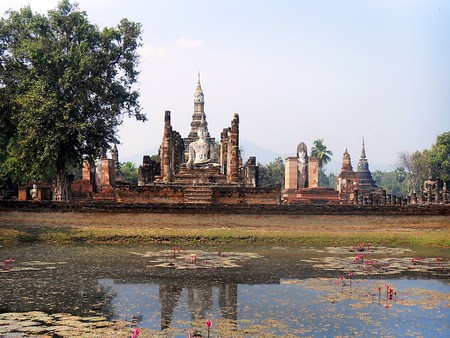 Nong Khai is the capital of Isaan province, and a city that should be on any traveller’s list. Close to the Laos border, Nong Khai features plenty of pleasing temples, markets and natural beauty that help it to stand out in the region. The rugged mountainous and plantation scenery, set alongside the mighty Mekong River, are amongst the best views of their kind in the country, and the downtown area features charming buildings that are almost colonial European in style. Throw in a couple of night markets and a rum distillery for good measure (of rum), and you’ve got yourself a pleasant stay. 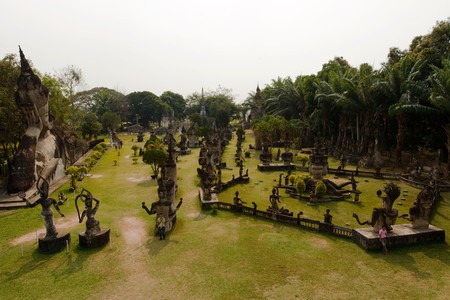 Striking statues in Nong Khai | © snotch/Flickr
Give us feedback