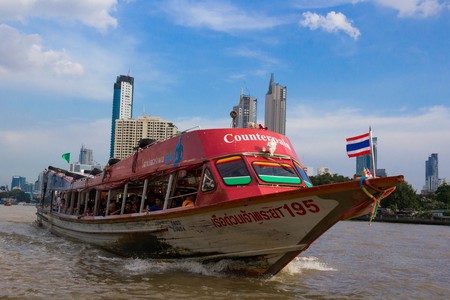 The Chao Phraya River is an iconic symbol of Bangkok and a life-giver to Thailand’s various provinces through which it flows. The ‘River of Kings’ has a rich history, acting as a gateway to some of the capital’s most prestigious attractions. This is its story.

While the Chao Phraya might not be the most attractive river around, and nor may it be the most stable (with alternating cycles of flood and drought), this meandering waterway has long been the source of life for Thailand’s capital – and its own history is just as vibrant. 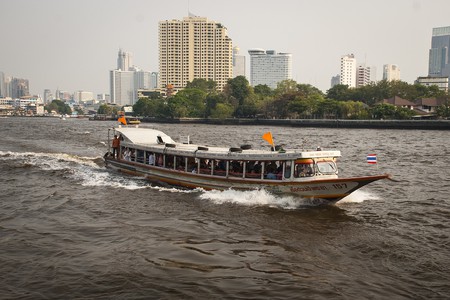 The history of the Chao Phraya River

The importance of the Chao Phraya River stretches as far back as the 15th century. Settlers chose the area that is now Bangkok for its fertile lands (it was once a swamp, after all), in addition to its strategic position close to the river’s mouth. The Thai capital was later relocated from Ayutthaya to the Chao Phraya’s western banks (modern-day Thonburi), and later still to the opposite side of the water. Both settlements were ultimately joined as one larger capital, now known as Bangkok (or Krung Thep in Thai).

Modern-day development across Bangkok has evolved the landscape along the river beyond recognition. Authorities have evicted numerous communities along the river in Bangkok during recent years, alleged to have been illegally occupying land. This is to make way for the controversial development of an enormous riverside promenade, stretching all the way from the Rama 7 Bridge in the north to Phra Pinklao Bridge towards the south.

Where does the Chao Phraya River start and end?

Many people think of the Chao Phraya as purely in Bangkok – but, of course, every waterway needs a source and a mouth. The river begins its journey southwards in Nakhon Sawan province in northern Thailand, at the confluence of the Ping and Nan rivers. 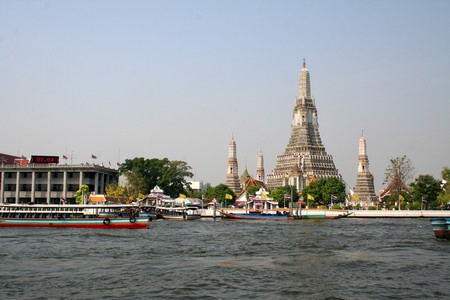 The Ping river in turn comes all the way down from a Myanmar-bordering mountain range in Chiang Mai. Meanwhile, the Nan originates in the northern province of the same name; more specifically, from the Luang Prabang mountain range that straddles northwestern Laos and northern Thailand. The water that passes you as you gaze at one of Bangkok’s riverside Buddhist temples has sure come a long way!

After flowing through (and feeding much) of northern and central Thailand, the Chao Phraya empties into the Gulf of Thailand on the border of Samut Prakan province. This province also goes by the apt nickname Pak Nam, meaning ‘mouth of the river’. By this point, the river’s water has travelled over 372 kilometres (231 miles).

Meanwhile, a separate waterway now splits off from the Chao Phraya, in the central province of Chainat. This eventually becomes known as the Tha Chin River, running parallel to the Chao Phraya – irrigating central Thailand’s famous and picturesque rice paddies – before reaching the sea in Samut Sakhon province, which neighbours the capital.

Bangkok: the Venice of the East

The Thai capital has long had a reputation as the ‘Venice of the East’, thanks to the extensive network of man-made canals (known as khlongs) that historically connected and safeguarded the different districts of Bangkok. These infamous canals were in turn fed by, and led from and back into, the mighty Chao Phraya River itself – even if all but a few of them have since been filled in to make way for roads in modernised Bangkok

The major canals that remain today include the Saen Saeb, which is used by over 60,000 daily commuters to travel by boat all the way from the eastern suburb of Bang Kapi to the central business district of Pratunam. The Bangkok Yai and Bangkok Noi canals remain popular with tourists, who head out on chartered longtail boats to discover these quieter backwaters. They are still home to countless local communities who remain far less reliant on roads than the rest of the population – and for whom getting about by water remains the norm.

Many other canals live on in Bangkok, stretching right into the heart of the city, including the Krung Kasem, Phra Khanong and Banglamphu khlongs.

How to get around on the Chao Phraya River

While public transport is more spotty on the canals, gliding around on the Chao Phraya River itself remains pleasingly easy thanks to the network of Chao Phraya Express Boat river ferries that sail up and down its main stretch in Bangkok. Five main services operate – three Express Boats designated by their orange, green and yellow flags, another ‘local line’ that stands out for having no flag at all, and finally the blue-flagged Chao Phraya Tourist Boat.

All these services stop at the Sathorn pier (the network’s hub), which is connected to Saphan Taksin station on the BTS Skytrain’s Silom line. The most convenient boat line to take (and also among the cheapest) is the orange-flagged route, where a 15 Thai-baht (£0.35) flat fare will get you to the most prominent piers along the river. This includes Phra Athit (for Banglamphu and Khao San Road), Ratchawong (for Chinatown), Yodpiman River Walk (for Pak Khlong Talat flower market), Tha Chang (for the Grand Palace), Tha Tien (for Wat Pho) and Wat Arun (for the Temple of Dawn).

From the Yodpiman River Walk pier, it’s also worth hopping on a quick and cheap cross-river ferry to the Wat Kalayanamit pier on the opposite bank. From here, you can take in the Wat Kalayanamit temple, the Santa Cruz church, and the rewardingly charming local alleys of Kudeejeen – home many years back to Thailand’s first western settlers from Portugal.

The blue-flagged tourist boat is more expensive, but it operates a super-express service, stopping at fewer, more in-demand piers. It also offers on-board English language commentary. A single ride costs 50 baht, but you can buy a hop-on-hop-off pass at 180 baht for the day.

Finally, if you’re looking to stop off at one of the lesser-used piers then you’ll need to take the cheapest of the lot: the unflagged local boat (where the fare depends on the distance travelled) – but do note that these only run during peak hours.

It’s also possible to charter private longtail boats for journeys along the river and its neighbouring canals, although these can quickly get pricey and require some fierce pre-departure fare negotiation.

What to see along the Chao Phraya River

There’s heaps to see all along the Chao Phraya River, from the most majestic of Bangkok’s five-star hotels to local riverside communities of crumbling stilted wooden houses. New shopping mall ICONSIAM promises unrivalled riverside retail therapy opportunities on the Thonburi side of the river, including Thailand’s first Apple store. 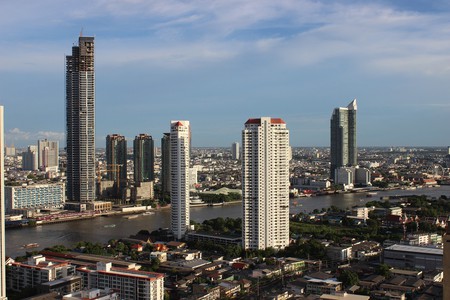 Meanwhile, there are gorgeous boutique riverside hotels like Loy La Long at which to rest your head, markets like Pak Khlong Talat and Khlong San to explore, and spots like Jack’s Bar to grab a cheap drink with killer sunset views. Even the bridges have a history of their own. Striking Saphan Phut (Memorial Bridge), for instance, marks the unification of the two sides of the river. Put simply, the Chao Phraya River is full of surprises.