The Whitening Skin Epidemic in Thailand: Is It Changing? 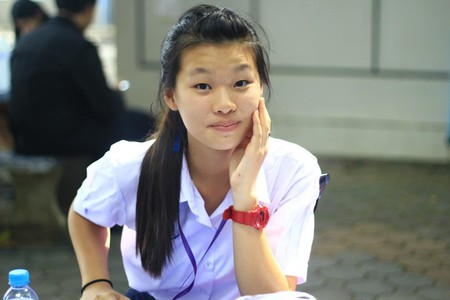 Skin whitening adverts are no new phenomenon. From Pakistan to India to the Philippines, this beauty business has caused controversy all over the world. One country in particular that has taken to this trend is Thailand, the Land of Smiles. Here is everything you need to know about the whitening skin epidemic in Thailand, and why it may be changing.

Advertisements promoting whiter skin can be found all over the capital in Thailand. The products are all different, with everything from face washes to lotions and even vaginal creams taking up billboards and commercial spaces. Although different, the message remains the same: the whiter you are, well, the better you are. The desire for whiter skin is not always because people think it is more aesthetically pleasing than being a few shades darker. As a Seoul Secret advertisement once said, “If I was white, I would win.” 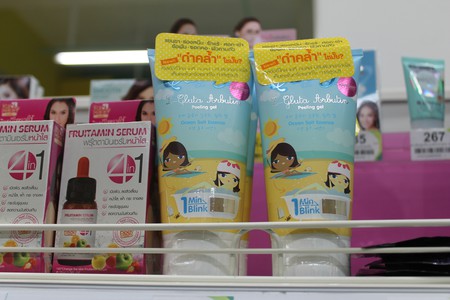 Terrible whitening agent which is supposed to "peel your skin." Gross. Courtesy of Connie/Flickr

The advertisement was for a whitening product, though the company took it too far and left many outraged at its racist message. In the advertisement, Thai actress Cris Horwang attributes her achievements to her white skin. Without it, she claims she would lose all of the success she has accumulated. The company was quick to pull the advertisement after it sparked outrage, but audiences were not quick to forget the message that they put forward.

According to a June 2017 report by Global Industry Analysts, the market for skin lightening products is projected to be a $31.2 billion industry by 2024. The areas in which this epidemic is more accepted are in the continents of Asia, the Middle East, and Africa. The whitening products, however, are found around the world.

Whitening creams have been recently thrust into the forefront of the media in the Western world. Sammy Sosa was blasted on social media for appearing to be a few shades lighter in an ESPN interview. After social media users began poking fun at his new appearance, Sosa came out to tell the world that he uses a bleaching cream before he goes to bed. Sosa said he uses the cream because it makes his skin softer, but many fans have a hard time accepting what they perceive to be as an excuse. 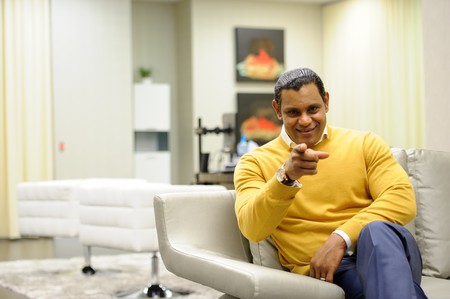 In addition to many Thais believing that whiter skin is more beautiful, the color of skin also coincides with apparent social status. Those with darker skin are assumed to work lower paying jobs that are normally performed outside … the work that the middle class does not necessarily want to do. Those who do not have light skin are assumed to have grown up in rural areas, thus making them members of the lower class in the eyes of some Thais.

Those with darker skin are often considered inferior, so it may come as no surprise that many are going to great lengths to keep their skin lighter. In addition to creams, it is not uncommon to see Thais armed with umbrellas when they are out on a sunny day to keep the rays away from them. Many locals will also wear long sleeved shirts, pants, and hats when working outside to keep the sun from tanning them, regardless of how hot it is. 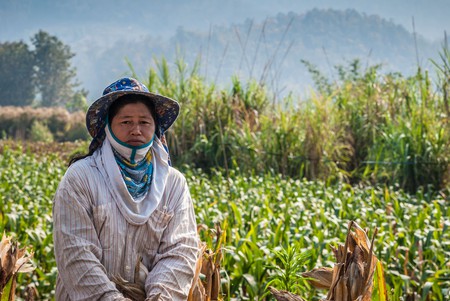 Whitening advertisements are found everywhere across Thailand, and they target both men and women. The message is clear: the whiter you are, the better you are. Thailand’s skin care industry is worth more than half a billion dollars each year, with many products using Thai insecurities about having dark skin, against them.

Snow White International Whitening Creams from Thailand are said to treat things like spots, freckles, sunburn, hyperpigmentation, have anti-aging components, and more. Citra is another popular brand in the Land of Smiles known for its whitening products. Popular product companies such as L’Oreal, Olay, and Nivea all have whitening products on the shelves of pharmacies, grocery stores, and even the seven-eleven convenience stores found on almost every corner in Thailand. 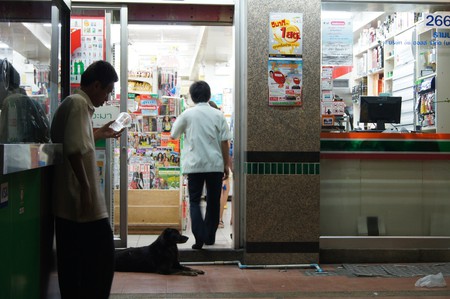 7-11 on Rambuttri Courtesy of andrij Bulba/Flickr

Regardless of the underlying racist message these whitening products promote, they are also not necessarily safe for consumers.

Kojic acid is one of the main ingredients in many of these whitening products. Though the acid is normally okay to use in small amounts on spots of discoloration, using products with kojic acid to lighten your entire face, for example, can be bad for users’ skin. Using too much of this acid can cause irritation.

There are a few studies which researched the effects of using these whitening products. According to a 2011 World Health Organization (WHO) flyer, mercury is a common ingredient in many skin lightening products. The mercury salts prevent the development of melanin, which causes users’ skin to be lighter. Countries like Pakistan, Lebanon, Mexico, and more have found that skin lightening products manufactured here have had mercury-containing products. Thailand is also on the list. The scariest component in all of this is that the WHO found companies which sold products containing mercury did not always disclose this information on the product, so users cannot even be sure whether or not the whitening cream they are purchasing has it or not.

The effects of applying mercury to the skin include kidney damage, skin rashes, skin discoloration, scarring, and making it harder for users to combat bacterial and fungal infections in the future. Other damages that the WHO includes are anxiety and depression. In addition to damaging the users, the mercury can go as far as to damage the environment when it is washed away. Those who use shower gels allow the ingredient to enter the environment through the drain and cause more damage than users are even aware of.

A few things have some believing that times are changing and people are now accepting their skin color, whatever it may be. TAN Magazine, a Thai publication, launched in 2015 and promotes a bronzed and sun-kissed look. A tanning salon opened up in the heart of Bangkok in January 2016, and many of the clientele are locals. This trend will hopefully continue to shift so that no one feels the need to bleach their skin.