The Ultimate Nightlife Guide to Pattaya 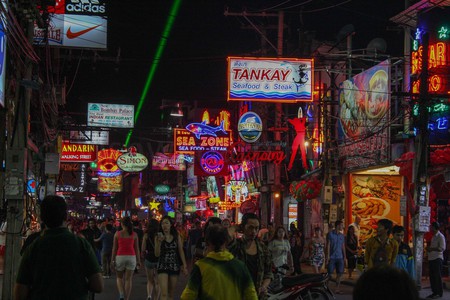 If you thought that Bangkok could be a crazy place at times, then you probably haven’t seen anything like the infamous Pattaya. Located close to Bangkok on the coast, Pattaya is a beach city with a nightlife scene to rival any city in the world. From large nightclubs to risqué bars, beach parties to cabarets, there’s something for everyone in Pattaya, so here’s our guide to nightlife in this vibrant city.

Much like Khao San Road in Bangkok, the go-to place for revellers in Pattaya is undoubtedly its walking street. From 6 p.m, the road is closed to vehicles and is instead swarmed by partygoers from all over the world, locals and tourists alike, mixing together to try and have nights they’ll never forget – and probably won’t remember. 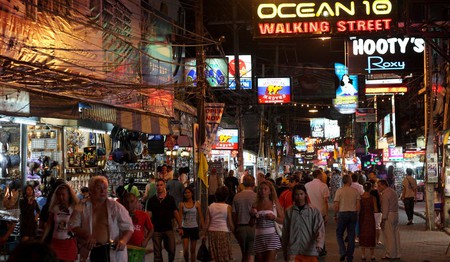 Drenched in neon lighting and about a kilometer in length, most businesses on both sides of the street are either a bar, club or restaurant, meaning you’ll be sure to find a vibe that suits you. Some bars will undoubtedly have exotic dancers waiting to lure you in and strike up a conversation, yet there are plenty where you can be left alone – or, at least as left alone as you can be in Pattaya. Blue Sky III is a popular bar on the strip, with house bands playing rock classics that you can enjoy without fear of being hassled by anyone else. On the edge of the walking street is Pattaya Beer Garden, located on a pier with views of the sea and the beach. Drinks are cheap here, and there’s a Thai boxing ring in the middle where fighters put on a show for the patron, who themselves can also strap up and throw down – if they’re brave enough.

As you might expect, as well as good bars Pattaya has its fair share of nightclubs to dance the night away in. One such club is 808. Located on the walking street, 808 plays the biggest house tracks to its more often than not packed dance floor, which are enjoyed with some of the best lazer effects in the city. The bar in the centre makes for easy access to drinks, many of which are included in special offers and promotions, and the entry is free – so you don’t have to worry about waking up and checking your bank balance.

Another popular club is Mixx Discotheque. Despite the upmarket interior, it’s still perfectly acceptable to let your hair down and bust some serious shapes, which can be done in two different rooms – one playing hip hop and RnB, the other spinning house records. Enjoyed by both locals and tourists, Mixx has both podiums for those who wish to show off their moves, and comfy seating for those who may need to take a breather before they start shuffling again.

A third bar worth mentioning is Club Insomnia. Perhaps the most famous bar in Pattaya, and certainly one of the busiest, Club Insomnia has great DJs, great light displays and beautiful people. Combine those with their half-price drinks from 10-12 a.m, and you really can’t go wrong.

Partying into the small hours not your thing? Not to worry – Pattaya has you covered. For a more sophisticated experience to enjoy the city’s charms, the Horizon Rooftop Bar at the Hilton is a wonderful choice. With panoramic, 360-degree views of Pattaya and the sprawling ocean to be enjoyed from the 34th floor, it’s a little more expensive than drinking in the beer bars but it’s worth it for that touch of class. From its comfy sofas you can enjoy watching the sun set into the the sea, and see Pattaya come alive with your own eyes. It’s best that you leave the singlets and flip-flops behind, mind – it’s more refined here, and has a great restaurant from which you can enjoy the view, too. 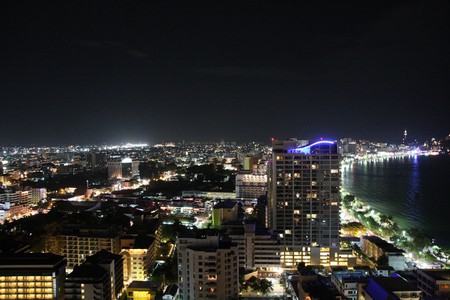 Another fun alternative to the walking street excesses is the Alcazar Cabaret Show. Considered to be the best show of its kind in Pattaya – no mean feat given the competition – it’s a 400 cast members-strong show that can be enjoyed in the comfort of a 1,000+ seater theatre. You’ll be amazed at how well the ladyboys sing, dance and strut their stuff on the stage, making for a fun night enjoying a slice of Thai culture that’s often misunderstood at home. 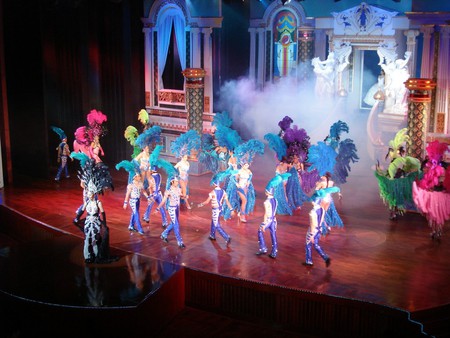 Given Pattaya is a beach city, no list of the nightlife in the area would be complete without mentioning the beach parties. With a ton of watersports available to enjoy through the day at Pattaya Beach and Jomtien beach and a party atmosphere by night, you’ll find thousands of revellers partying on the beach itself, plus those that spill out from the walking street and those enjoying the hotels on the beach front. One beachside bar to try is the Hard Rock Hotel. More than just a great bar and restaurant playing great music, its pool parties are incredible fun, with foam parties a regular occurrence too, which is a great way to cool down and let loose with like-minded travellers. 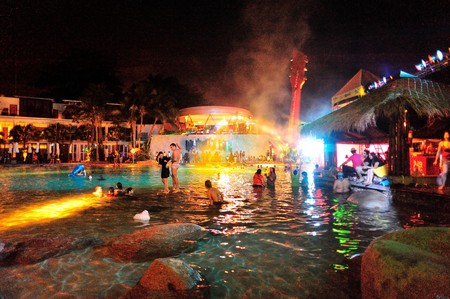