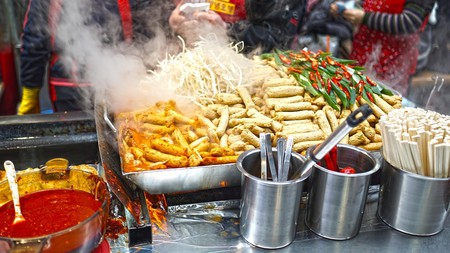 Thai street markets are a traveller’s culinary dream – authentic, convenient, and most of all, cheap. In Bangkok, you can barely walk one block without encountering a Thai woman sizzling decadent-smelling Pad Thai in her wok, or tossing perfectly-seared satay on her grill. The sheer variety of Thai street food is limitless, but several dishes any traveller must try. 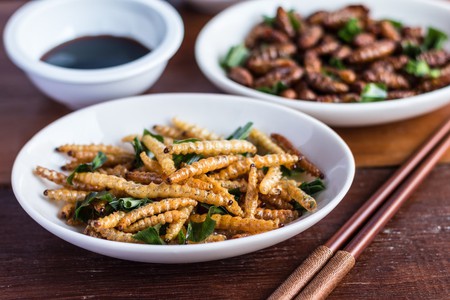 Served fried and sizzling, insects are go-to salty snacks for many Thais. One of many countries with a long history of eating insects, Thailand stands out as the only one in which the trend is growing. For the uninitiated, bamboo worms are the gateway to insect eating. Relatively tasteless with popcorn-like texture, they’re best fresh out of the wok – though are available in a tinned variety as well. 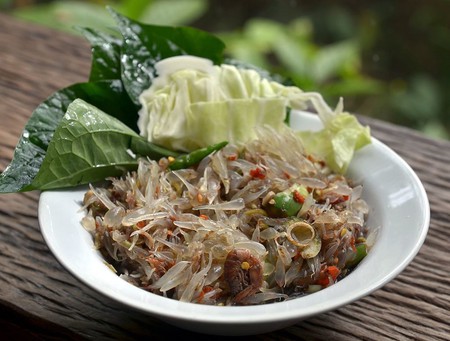 This dish, loosely translated as “dancing shrimp,” packs quite the surprise to the unacquainted. Hailing from Northern Thailand, this dish features live shrimp tossed in a fish sauce seasoning and then doused with fresh lime. The citrus juice induces the shrimp’s namesake “dance,” wiggling around as you aim to catch them with bits of lettuce. 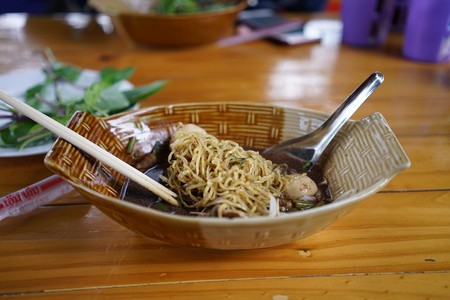 This iconic cow’s blood soup comes from a rich Thai tradition. In the ancient Kingdom, Bangkok was made up of a series of canals, or klongs, which became major marketplaces. Vendors would paddle along and serve bowls of this beef broth noodle soup, translated as “boat noodles,” customarily served with a generous dash of cow’s blood. As the city expanded, many klongs were filled in to pave roads and construct buildings, but there are still several places in the city to get an authentic serving, like Victory Monument’s “boat noodle alley” along Klong Samsen. 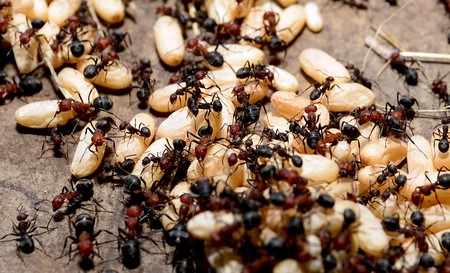 This must-try dish is another one that hails from Northeastern Thailand, known for its spiciness and medley of herby flavours. Red ants and their eggs are the perfect ingredients to fit this Isan cuisine – red ants eat mango leaves and so they add a crunch of citrus, while the eggs are soft and fluffy but also slightly sour. They’re often added to omelettes or soups, but the most popular way is in a tart but spicy salad. 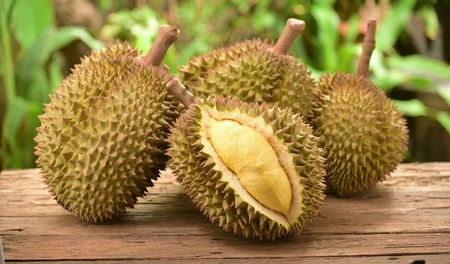 Durian – the King of the fruits – has a storied history within Bangkok, burgeoning into a thriving, international market as early as the 1800s. Today, it’s known by many as “that fruit banned on public transport.” That’s because durian is notorious for its nearly nauseatingly sour smell, which then folds into an oddly appealing, buttery taste that people either love or hate. It’s often not served until the evening, however, because many Thais consider it a “heaty” food that raises blood pressure and causes people to overheat. For an introductory dish, try kao neaw, durian served in coconut milk with sticky rice. 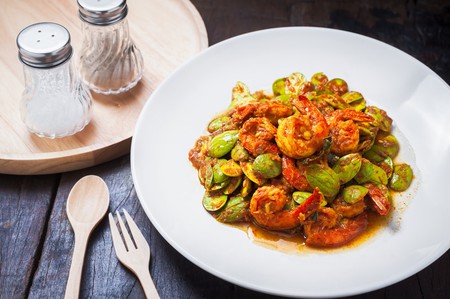 Southern Thailand’s stink beans are an intensely flavourful addition to many Thai recipes. Unlike Isan food to the North, famous for its tart spiciness, southern food delivers characteristically deeper flavours. In Bangkok street stalls, stink beans, or sa tor, are most often stir fried with chilli and meat or fish, and eaten over a bed of rice. If you can get past the smell, local stink beans are believed to prevent diabetes, blood pressure issues, anaemia, depression, and even cure hangovers. Phuket Town in Thonglor is the go-to market in town to experience Southern Thai cuisine. 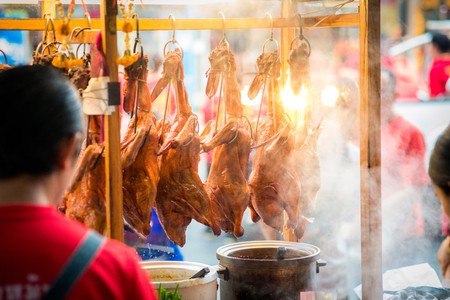 When marinated in soy sauce and flame-grilled, duck beaks acquire a chewy consistency and salty taste that have made it customary on-the-go snacks for many Thais. They can also be deep-fried and dipped in sauces, a popular option among late-night partygoers. 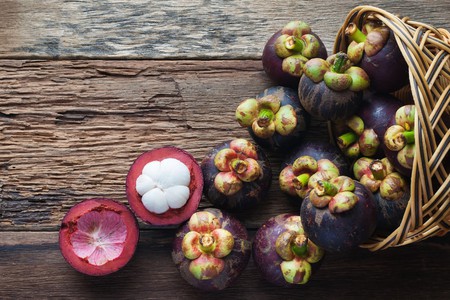 Bangkok street stalls are iconic for their colourful, wild displays of exotic Thai fruits. First-timers to Bangkok grab at the bright dragonfruits, scaly snake fruits, and spiny rambutan, but the small, brownish-purple mangosteen is a true favourite among Thais. This unassuming fruit is so juicy and sweet, locals will proudly tell you how Queen Victoria of the United Kingdom would offer rewards to any travellers who could deliver her a batch. They’re commonly eaten alongside durian to offset its intense taste and “heaty” properties. 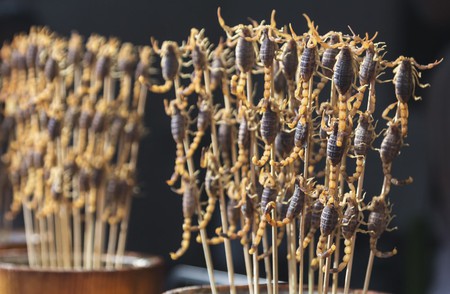 Okay, so this fried delicacy is not really typical to Thai locals, but no Bangkok food bucket list would be complete without trying the scorpions of Khao San Road. Along the infamous backpacker party street it’s pretty easy to find tourists challenging each other to the bitter, skewered insect. While most come grilled or fried, some stalls offer live scorpions for the extra courageous (or more likely, the extra drunk).