Top Things To Do And See In Phuket

Top Things To Do And See In Phuket

Phuket | © Earth-Bound Misfit, I/Flickr
Located in the Andaman Sea, Phuket is one of Thailand’s top island getaways. Covered in lush rainforests and stunning beaches, Phuket is a relaxing haven for travelers. So, whether it’s lounging under palm trees or exploring cultural sites, Phuket has something for everyone.
Phuket © Earth-Bound Misfit, I/Flickr

Thailand is legendary for its stunning beaches, and so a trip to Phuket isn’t complete without hitting up one of the island’s patches of sand. Whether it’s a nightclub with thumping bass, or a romantic drink with a sunset, the island’s many beaches have it covered. Patong is Phuket’s most popular party beach, and with beer bars, neon-lit nightclubs, and even discos, it’s easy to see why. For something more family friendly, check out Karon, the island’s third longest beach with access to night markets and snorkeling. On Phuket’s west coast lies Layan beach, an out-of-the-way option that is less developed and is ideal for travelers seeking relaxation and tranquility.

Get a Thai massage

After a long day of shopping and snorkeling, unwind with a classic Thai massage. Travelers can have their pick of massage parlors found all over the island, from high-end spas and hairdressing salons to shopping malls and simple on-the-beach setups. While Thai foot massages are common, adventurous travelers can opt for a traditional massage, which involves energetic masseuses contorting their patients into a variety of pretzel shapes. Though a Thai massage can make for a memorable experience, it can also result in positive health benefits, such as lowered stress levels and improved blood circulation.

Travelers in search of culture can pay a visit to Wat Chalong, a Buddhist temple built in the early 19th century. Though Phuket is home to nearly 30 temples, Wat Chalong is the largest and most popular. There are actually several buildings on the temple grounds, including Chedi, the largest structure which houses a sacred finger bone fragment from Buddha. The walls inside Chedi are decorated with colorful paintings depicting Buddha’s life, as well as various Buddha statues.

While visiting Phuket, travelers are bound to indulge in delicious Thai dishes like Tom Yam Goong, Tom Kha Gai, and, of course, the famous Pad Thai. But rather than leave behind the taste of Thai when they return home, travelers can instead take a cooking class and learn the secrets behind their favorite Thai food. A typical class includes a visit to a local market where students are taught about Thai spices and fresh produce, followed by a hands-on session where students learn Thai cooking basics and have the chance to cook a variety of authentic dishes. A cooking class is a great option for foodies who want the hands-on experience, and to take home a piece of Thailand’s yummy food culture.

Art-lovers can check out the Phuket Trickeye Museum, which is known for being the first of its kind in Southern Thailand. The museum features a broad collection of modern 3D artwork. As they tour the museum, travelers can enjoy a variety of optical illusions, such as dinosaurs and tigers that seem ready to burst through the walls. Many of the art pieces are also interactive, so visitors can actually become part of the artwork.

Distillery
The Chalong Bay Rum Distillery is internationally renowned for its high-quality white rum, which is distilled from sugar-cane. Tucked away in a peaceful area of Southern Phuket, the company takes pride in its sustainable practices, as well as for using indigenous, pesticide-free sugar-cane. Interested travelers can take a 30-minute tour through the distillery and learn the step-by-step process that goes into making rum. As a bonus, guests are rewarded after the tour with a tasty mojito made with Chalong Bay Rum.
More Info
Open In Google Maps
Soi 2, ตำบล ฉลอง, ภูเก็ต, 83130, Thailand
+66935751119
View menu
Visit website
Visit Facebook page
Send an Email
Give us feedback

Architectural Landmark
Towering nearly 150 feet over the island, Big Buddha is one of Phuket’s most admired landmarks. This enormous statue is perched atop the Nakkerd Hill overlooking southern Phuket and is easily visible from below. The statue is crafted from white marble, and its construction was mostly funded by donations. Visitors who make the trek to the statue can enjoy not only the cultural site, but also the stunning 360-degree view of the bays below. Positioned near Wat Chalong, Big Buddha can be reached by following the clearly-marked road signs leading the way.
More Info
Open In Google Maps
Tambon Karon, Chang Wat Phuket, 83100, Thailand
+66818913827
View menu
Visit website
Visit Facebook page
Send an Email
Give us feedback

Adopt a Gibbon at the Gibbon Rehabilitation Project

Gibbons are small, lightweight apes known for their ability to easily swing through jungle trees using their long arms. Unfortunately, these acrobatic creatures are some of the most threatened primates in the world. The Gibbon Rehabilitation Project in Phuket is dedicated to rehabilitating rescued gibbons back into their natural habitat and educating the public about conservation and the mistreatment of these animals in the tourism industry. Animal-lovers can tour the facility and support the project by adopting a gibbon. Adopters receive an adoption pack with a photo of their selected animal, along with information about the animal’s history and other details regarding the project’s initiatives. Overall, the organization is an excellent opportunity for travelers who want to do some good on their vacation. 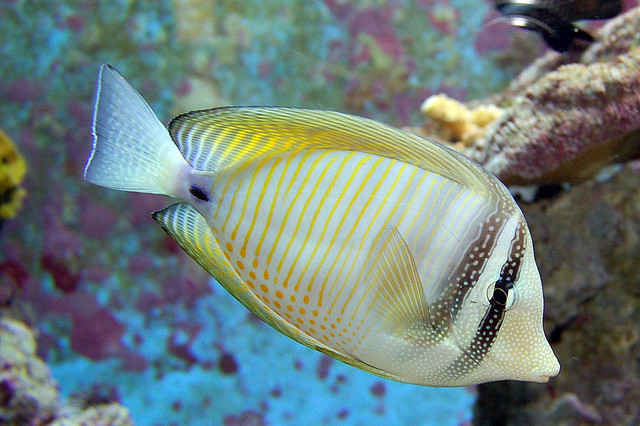 The clear, blue waters of Phuket’s beaches are perfect for catching a glimpse of the island’s colorful marine life. Ocean-loving travelers can learn to scuba dive from one of the island’s many diving establishments. Most companies offer a variety of diving packages with day trips to a variety of sites near the island, including Anemone Reef, Phi Phi Island, and even an old ship wreck. More experienced divers can also earn their PADI (Professional Association of Diving Instructors) certificate while on Phuket. With its azure waters and accessibility to quality dive companies, Phuket is an excellent hot spot for beginners and experienced divers alike.

One fighter executes a Muay Thai teep kick against her opponent in a women’s Muay Thai match. © Eric Langley/WikiCommons

Muay Thai, also known as ‘The Art of Eight Limbs,’ is Thailand’s most famous and beloved sport. This boxing style dates back to the 16th century and is a form of hand-to-hand combat with various parts of the body mimicking different weapons. For instance, the hands are used like knives, and the shins are toughened to mimic armor. Muay Thai has gained international popularity in recent years, with travelers coming to Thailand to train in the sport. There are several Muay Thai training camps in Phuket where visitors can live on-site and attend rigorous training classes. Travelers who would rather sit back and watch the action can attend a match at the Patong Boxing Stadium instead.