The Tale of Khun Chang Khun Phaen: An Epic Story of Love and War From Thailand 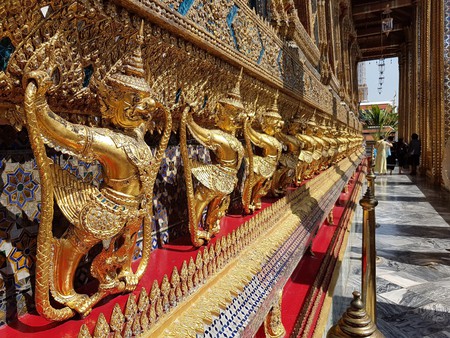 Thailand has a long and tumultuous history of kings and wars that wouldn’t seem far out of place in Game of Thrones. With such a plethora of historical events to draw inspiration from, it’s no surprise that it is also home to some fine pieces of literature and is rich in folklore. The Tale of Khun Chang Khun Phaen is a classic Thai folk tale – a story of love, war and tragedy.

The three main protagonists of the story are three childhood friends – Khun Chang, Khun Phaen and Wanthong (their names change through the story, yet for clarity these names will be used). Khun Chang is an unattractive, stupid yet rich and powerful man, Khun Phaen is a poor man though handsome and intelligent, and Wanthong is a beautiful woman. Khun Phaen entered the monkhood, where he excelled in military skills and learned magic, and was reunited with Wanthong at the age of 15 after a chance meeting at the temple during Songkran. They fell for one another, made love and got married. This angered Khun Chang, who was also smitten with Wanthong, so he used his influence to send Khun Phaen to fight in a war to the north. He spread false rumours that Khun Phaen had died, before he convinced Wanthong’s mother that due to his wealth and power he could take care of Wanthong, and so the two were wedded. 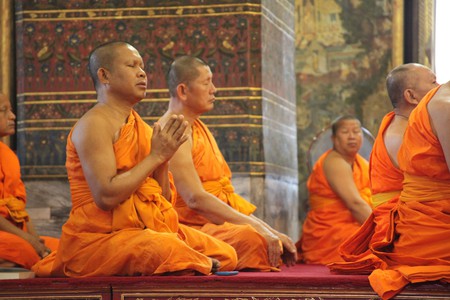 The hero returns and a tragic end

Khun Phaen eventually returned from the war a hero and with a new wife in tow. Before long however, the new wife was taken away from him, and he came to realise his true feelings for Wanthong. Armed with a magical sword, magnificent horse, a powerful spirit and driven by love, he kidnapped Wanthong from Khun Chang before impregnating her in the forest. By now, there were guards looking for him and he killed two of them, before handing himself in and serving his jail sentence. 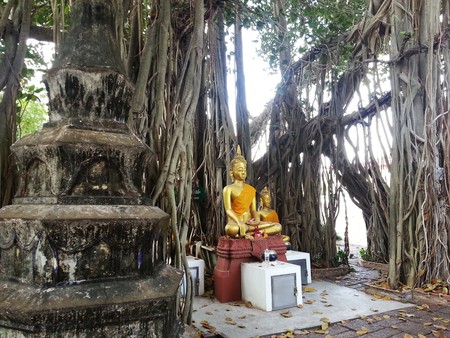 Wanthong gave birth to Khun Phaen’s son, Phlai Ngam, who was so disliked by Khun Chang that he was sent to live in the forest at the age of 6, where he was taken in by his grandmother. Over time, he took after his father and volunteered to lead an army to Chiang Mai, successfully petitioning for his father’s release and the two together were successful in the war. Khun Phaen was appointed the governor of Kanchanaburi and Phlai Ngam was set to get married – though the story doesn’t end there.

At the wedding, Khun Chang and Khun Phaen’s old rivalry was rekindled. The king ordered Wanthong to choose between the two – her first love, the handsome war hero Khun Phaen, or the fat, ugly Khun Chang, who had taken care of her for years. Unable to choose between them, she was sentenced to death by the king. Phlai Ngam asked the king for a reprieve and was successful – though he arrived a fraction too late to prevent the execution, and Wanthong was executed.

The story in Thai culture today

The story is well known and loved throughout Thailand, with many Thais proclaiming it to be the greatest piece of literature that their country has produced. It has been adapted into TV shows and movies several times. The story features several themes that are still relevant in Thai society today – the senses of duty and loyalty to king and country and the belief in Buddhist magic are as popular as ever. Indeed, many Thais wear amulets depicting Khun Phaen as they’re thought to bring success and love to the wearer, as these were things Khun Phaen achieved.