What Does Thailand's Flag Symbolise? 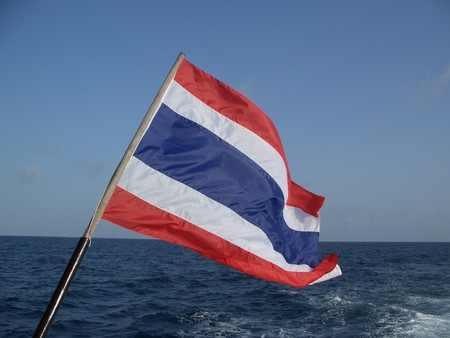 Behind every flag, there is a story. Have you ever wondered what the story is behind the colours of the national flag of the Kingdom of Thailand? Let us enlighten you with a quick historical insight.

Thailand’s first flag, used when the country was known as Siam, was plain red; however, this design was deemed not strong enough for international relations. Then in 1855, King Mongkut (Rama IV) officially created the first flag, complete with a red backdrop and a white elephant in the middle of it, which has long been a royal symbol and the national animal of Thailand. In 1917, the country adopted the current flag design; however, at this point, the middle stripe was also red. Historians believe that the inspiration behind this flag came during a flood when King Vajiravudh (Rama VI) saw the flag hanging upside-down, which inspired him to create a new symmetrical flag to avoid this situation from happening again. Not long after, in the same year, the middle stripe was changed from red to blue. 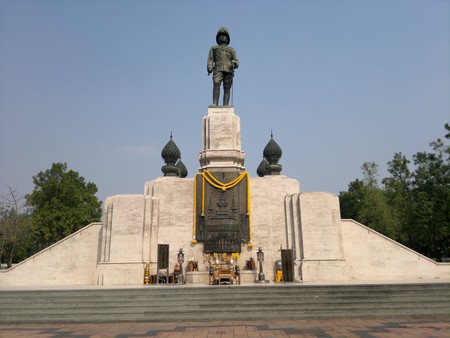 The current Thai flag is one of the world’s oldest flags, officially adopted according to the royal decree issued by Rama VI on September 28, 1917. The national flag is locally known as Thong Trairong, which literally means ‘tricolour’. The flag comprises five horizontal stripes in the colours red, white, blue, white and red; the flag’s central blue stripe is twice as wide as the other stripes.

What does the flag design represent?

In short, Thailand’s flag stands for nation-religion-king, a kind of unofficial motto that Thai people live by. The red stripes represent Thailand’s blood spilt in its bid to maintain independence; the white stands for purity and Buddhism (the country’s primary religion), and blue symbolises the Thai monarchy. The blue stripe also has a double meaning as it stands in solidarity and honours Thailand’s World War I allies, namely Great Britain, France, the United States and Russia, which all have red, white and blue flags.

National flag of Thailand | © Andy Wright / Flickr
Give us feedback