PROFILE
ASIA
/
THAILAND
/
Things to Do 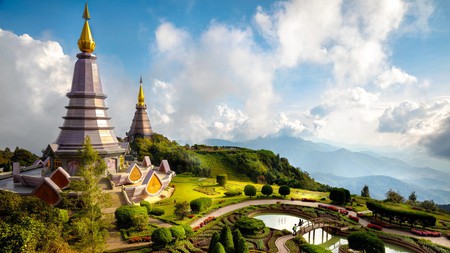 Safe, easy to get around and not short on activities, Northern Thailand is a solo traveller’s dream. With hilly treks, golden forest pagodas and markets stuffed with gorgeous arts and crafts, it’s just as Instagrammable as those beaches and islands in the south. Saffron-robed monks wander past teak-wood temples in ancient Chiang Mai. The scent of lemongrass and ginger wafts from woks in the night markets of Chiang Rai and Lampang, and eagles soar over endless ridges of thick rainforest around Doi Inthanon – Thailand’s highest peak.

What’s the vibe in Northern Thailand?

Northern Thailand is ideal for solo travellers. It’s one of Southeast Asia’s safest spots, easy to reach from Bangkok, and easy to get around. And there’s a huge spread of places to stay – from slick spas to homely hostels with women-only dorms. As myriad local tour operators offer group activities from cooking classes to martial arts, plus trips into the surrounding mountains and forests, it’s even easy to make friends.

You can do Northern Thailand solo in a week, but there’s enough to waylay you for months.

Begin in the region’s biggest city, Chiang Mai, for medieval architecture, great food and thrumming markets. You could also take a day trip or multi-day hike in the hills. Then, head north to Chiang Rai for white temples that ripple with carved water dragons. Visit the Golden Triangle, where the Ruak and Mekong rivers meet in a landscape of misty forests and stepped paddy fields.

On a longer trip? Consider the caves and jungles around Pai, or the tribal villages in the mountains near Mae Hong Son. Hike over the wild mountain ridges to Doi Inthanon peak, or wander the ancient silk-weavers’ town of Lamphun. There are waterfall-laced national parks around the riverside town of Nan, and elephant hospitals in studenty Lampang. Come between October and March for cool, sunny weather – at other times, Northern Thailand swelters.

Where to stay in Northern Thailand

World-familiar big-brand hotels have branches in the hub cities of Chiang Mai and Chiang Rai. But for something genuinely Thai, book a room in an Anantara – the country’s home-grown luxury brand – or in a family guesthouse, where stays usually include cooking classes and excursions to markets and temples. Try Culture Trip’s selection of top checkins in Chiang Mai.

What to do in Northern Thailand as a solo traveller

There’s a lifetime of things to see in Northern Thailand: arty Chiang Mai, with its elaborate temples, is one of Southeast Asia’s most alluring cities. Nearby Lampang, Lamphun and Chiang Rai are full of ancient buildings and boast a long royal heritage.

There are great excursions to take from all of these hubs: walks through rainforests and vast caves, and up to colourful indigenous hill-tribe villages. In rural areas, you can visit elephant hospitals and silk farms; in the cities, you can learn to cook soups and curries, make pottery or meditate with monks. The choice of activities is vast, so here are a few pointers. 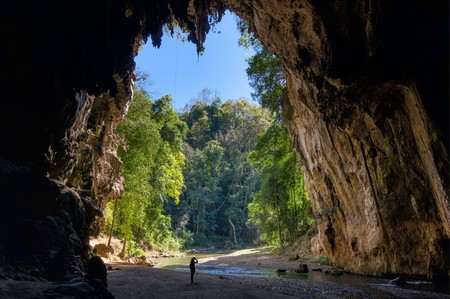 The caves of Northern Thailand are dramatic, but your visit shouldn’t be

The old Chiang Mai is a treat, ringed by a lotus-filled canal and crumbling medieval brick walls. It’s a great place to nose around – small enough to manage on foot but just large enough to get lost in. Start at the 13th-century Suan Dok Gate and head east, stopping along the way to sample street food, get tranquil in incense-filled temples and sip cold beer.

The pretty village of Pai is set in a bowl of forested hills. Walks lead from the village to caves spiked with stalactites, and waterfalls cascading through pools in the heart of dense jungle. There’s great hiking too, through the lush Pai Canyon and the Land Split gorge: an eerie forested rift formed by earthquakes. 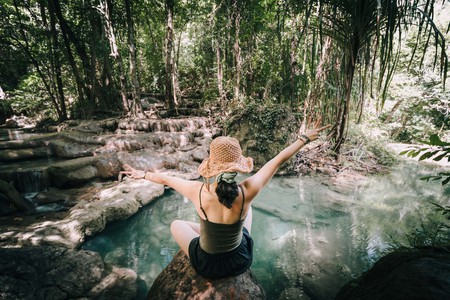 Find peace in the tranquil landscapes of Northern Thailand

It’s worth the 4am start to see the sunrise from Doi Inthanon – where towering pagodas and a beautiful royal garden stand over endless ridges of wild, forested mountains. Get back to the hotel in time for breakfast – or, if you prefer, walk trails past rushing mountain rivers to a ribbon of indigenous villages. 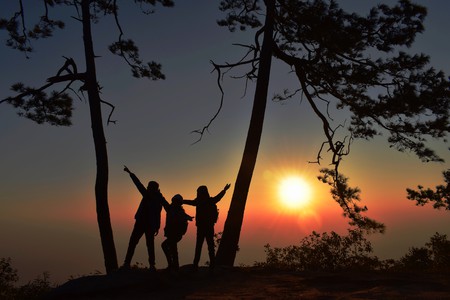 Seeing sunrise from Doi Inthanon is an unforgettable experience

What to eat and drink in Northern Thailand

Northern Thailand – or Lanna as it was once known – is famous for its fabulous, flavourful food. Less spicy and salty than southern Thai cooking, it uses a huge variety of herbs and spices – from banana flower and galangal to limes and raw papaya.

The best place to try Lanna food is Chiang Mai, the region’s gourmet capital. Explore the hipster boutique restaurant scene around fashionable Nimmanhaemin Road, the string of traditional restaurants in the old walled city and great street food at the numerous night markets. It’s all perfect for solo travellers.

For more inspiration, see Culture Trip’s guides to the best local restaurants in Chiang Mai, the best of northern Thai food in Chiang Mai and the most popular dishes from Northern Thailand. 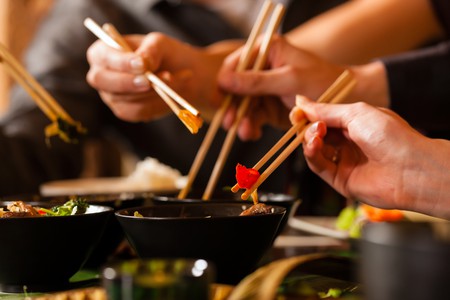 If you hunger for Northern Thailand, a traditional meal will satisfy you

Getting around Northern Thailand as a solo traveller

Rare hiccups aside, you’ll find frequent bus and songthaew minivan connections between even the smallest villages in Northern Thailand, as well as tuk tuks and taxis everywhere. For maximum flexibility, hire a motor scooter – there’s an abundance of rental shops. But do drive defensively, as Thailand has a high accident rate; and be sure to photograph any scratches on the bike before leaving your passport – scams are common.

How to stay safe in Northern Thailand

Northern Thailand has one of Southeast Asia’s lower crime rates – just take the standard precautions. Be alert for pickpockets in markets, and motorbike snatch-thieves.

Thailand is a relaxed and welcoming place, but there are cultural taboos. Dress modestly in Buddhist temples, covering shoulders and legs. Never touch a monk or a Buddha statue’s head, or point the soles of your feet towards a shrine. Perceived disrespect of the royal family can result in a prison sentence. Public nudity is strictly prohibited.

Fancy heading along for the ride with a bunch of like-minded travellers? Visit Northern Thailand with a small group on Culture Trip’s 10-day, activity-packed Welcome to the Jungle adventure, which takes in Chiang Mai, Pai and sunrise from Doi Inthanon.