The Safest Neighborhoods in Bangkok, Thailand 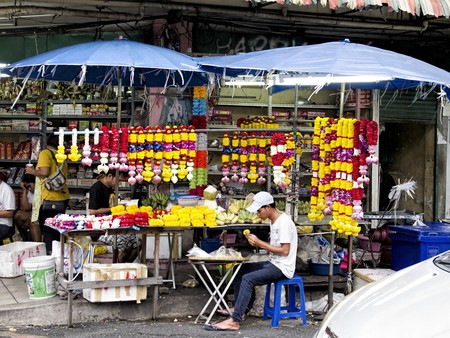 While most areas of the Thai capital are safe for travellers, as with any large and busy city there are some neighbourhoods that are considered safer than others. Although you should always exercise a reasonable amount of caution, watch out for common scams, and be aware of your surroundings anywhere in Bangkok, here are some the safest parts of the City of Angels.

The historical heart of Bangkok and home to major attractions like the Grand Palace, Wat Pho, and the Giant Swing, Banglamphu is a hive of activity during daytimes. It’s also a popular nightlife area, with the backpacker hub of Khao San Road, and has many accommodations, bars, and restaurants. A prime tourist area, it has a large police presence at all times and there are always plenty of people out and about. 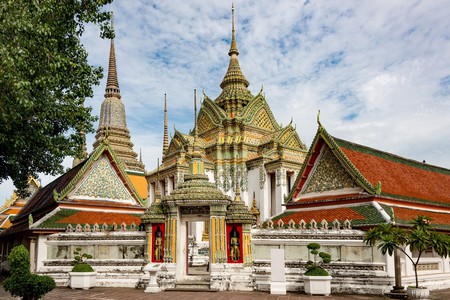 A trendy Bangkok neighbourhood that’s known for its sophisticated nightlife, Thonglor also often has a high police presence keeping peace on the streets. The bars attract a large number of tourists, expats, and locals, most keen to pose and keep it classy rather than out looking for drunken brawls.

A relaxed and less-crowded part of Bangkok, Riverside has lots of upmarket hotels, many of which have security guards and round-the-clock reception. There are plenty of people around in the evenings, with the large open-air mall of Asiatique a popular place to shop, eat, drink, and relax until midnight each night. 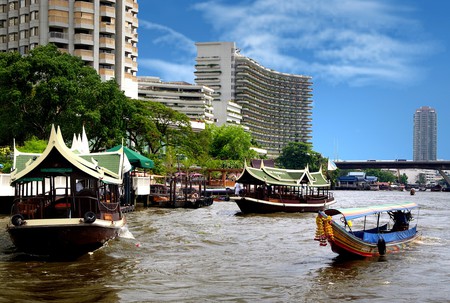 A little out of the city centre, Ari is coming into its own, with a large expat community and a village-like feel. It’s a popular nightlife destination for young and trendy locals too. There are many places to eat and drink and the vibe is typically laid-back. There’s not much to worry about in this neck of the woods.

Bangkok’s business and financial heart of Silom is generally safe as houses during the daytime, with many in suits scurrying from place to place and an abundance of people hard at work. Come nighttime, it transforms into a lively nightlife destination, with one of the city’s oldest red light districts. While some bars can be a bit sketchy, the popular tourist area around Patpong Night Market is usually safe with a significant police presence. 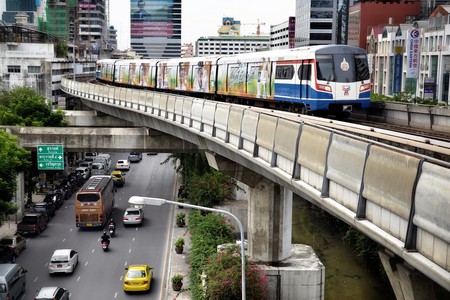 Bangkok’s skytrain, connecting Silom with other parts of the city | © Pietro Motta / Flickr

Offering a blend of Bangkok’s high life and traditional Thai aspects, Sathorn can be a nice balance when it comes to picking a place to stay. There’s a great mix of high-class restaurants and street vendors, though most accommodations are on the more expensive side. A busy area, Sathorn is usually safe for tourists.

One of Bangkok’s liveliest areas for nightlife, Sukhumvit is a long road with many smaller streets branching off. The lower-numbered streets (sois) aren’t necessarily unsafe as such, but they can be pretty sleazy. Be more cautious around Nana Plaza, the city’s grittiest red light area. Sukhumvit Soi 11 is a popular place for tourist accommodations. The higher-numbered streets are usually considered to be the safest, though they have the inconvenience of being farther out of the city centre. 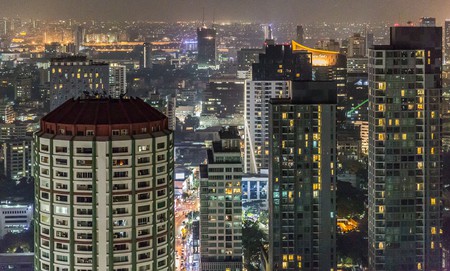 The 24-hour Pratunam Market ensures that there are people out and about at all hours in this part of the city. It can be positively heaving during daytimes! The large amounts of people mean it’s often safe, and police and security guards keep a watchful eye over the streets. As with any areas with a lot of congestion on the roads, keep an eye out for motorbikes taking a shortcut and whizzing along the pavements.

With its many glitzy malls and other attractions, security around Siam is pretty tight. There is a local night scene, but it’s less boozy and frenetic than in other parts of the city, making it a comparatively peaceful place after dark. 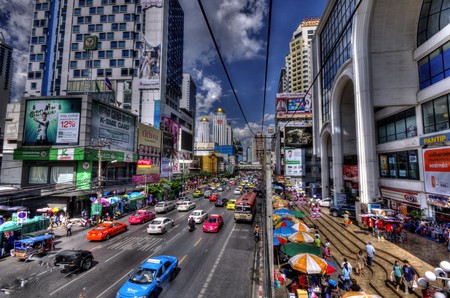 The colours of Siam, Bangkok | © Twang_Dunga / Flickr
Give us feedback