The Most Bizarre Temples You'll Find in Thailand 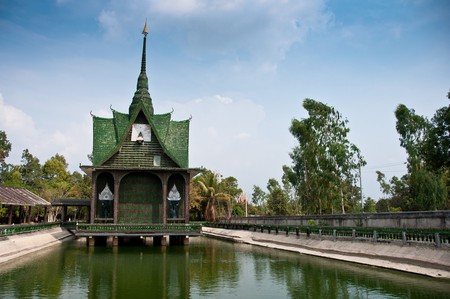 If you think that if you’ve seen one Thai temple then you’ve seen them all, think again! Amongst Thailand’s thousands of Buddhist temples, there is also a selection of rather bizarre ones, read on to find out more.

Part of Wat Yannawa in Bangkok is designed to look like a boat. Its location is on the banks of the Chao Phraya River and is a hot spot for locals during the annual Loy Krathong Festival. Pop by to check out this architectural inspiring wonder right in the centre of Bangkok. 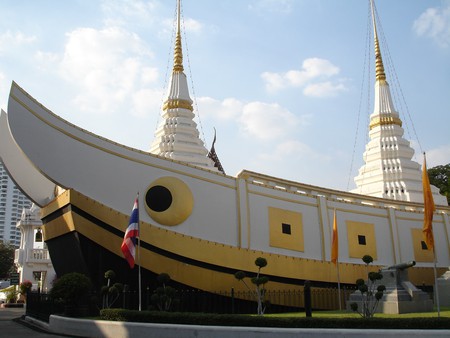 Well off the main tourist trail this is a particularly bizarre (or ingenious) temple waiting to be discovered. Wat Hua Lamphong, or The Coffin Temple, is frequented by locals who come to make merit and at the same time donate money for coffins, yes you read that right. This community-led initiative is set up to help buy coffins for people who have died whose relatives do not have the funds to buy one for them.

One of the most fascinating on our list is Wat Pa Maha Chedio Kaew, the ‘Beer Bottle Temple’, which from a distance looks like a traditional Thai temple. Zoom in and you’re in for a surprise as the temple is comprised of recycled beer and energy drink bottles. The main temple and surrounding buildings are constructed from over one million old bottles, Thai recycling at its best! 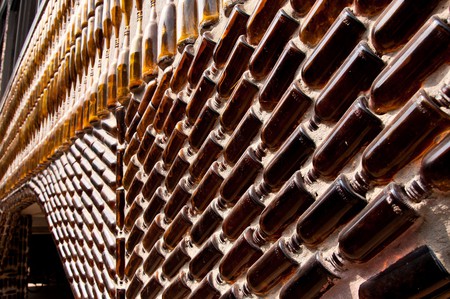 Wat Gai, or Chicken Temple, in Ayutthaya was named in memory of the chickens that once lived there but have since perished. Today, there are no chickens in sight and instead, there is a Hell Sculpture Garden and hundreds of monkeys. The depictions of hell are grotesque, to say the least, and you would be forgiven for thinking you had landed in a horror movie set or were having a bad nightmare. An ideal way to balance out this experience is by watching the friendly monkeys frolic and have fun feeding them fresh fruit.

Wat Rong Khun, also known as the White Temple, is located in Chiang Rai in northern Thailand. While this temple is nothing short of stunning at a closer look it is also quirky and definitely bizarre. Created by the noteworthy artist Chalermchai Kositpipat, this temple juxtaposes both traditional Buddhist themes and modern influences, including murals of Mickey Mouse, Superman, Kung Fu Panda and Michael Jackson, which all add to the intrigue and surprise of this famous tourist attraction. Visitors will also get to see a Wolverine hand, aliens, peace signs, guns, and various cheeky and quirky innuendos. 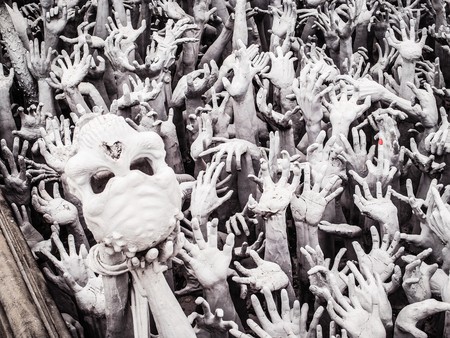 Thai’s are crazy about football and as it turns out, some monks are too! The head monk of this Bangkok temple is an avid Manchester United Fan and hence decided to include an image of David Beckham in the temple shrine. This temple is usually only open for special occasions but if you ask around someone will likely let you in.

Just when you thought you’d heard it all, welcome to the Donald Duck Temple which is located right next door to the David Beckham temple. Wat Pariwat, as it is otherwise known, is a great place to explore and, of course, to visit Donald Duck.