Lumphini Park, Bangkok | © Petchy/Pixabay
The idea of indulging on just one course during a meal in Thailand is simply laughable. Locals enjoy their cuisine family-style, with meals often consisting of three, four, or more courses. One of the best ways to chow down is to grab a few dishes from a street vendor or food stall and park it at one of the many green spaces found around town.

Park
Kingdom Hall, King Rama IX Park, Bangkok | © lertnapa/Pixabay
Rama IX Park is one of the most aesthetically pleasing of all the green spaces found in Bangkok. It is also the largest park in the capital, covering some 200 acres of land. Visitors can hardly explore the oasis in its entirety because of its sheer size, but there are a few noteworthy landmarks. The park was built in 1987 and is located a bit outside of the city, but it is filled with tranquil areas perfect for an outdoor lunch atop a picnic blanket.
More Info
Open In Google Maps
Chaloem Phrakiat Ratchakan Thi 9 Road, Khwaeng Nong Bon, Khet Prawet Krung Thep Maha Nakhon, 10250, Thailand
+6623281385
View menu
Visit website
Visit Facebook page
Send an Email
Give us feedback

Park
Bangkok can be a smoggy and crowded place, but inside Lumpini, the sounds of traffic simply drown away | © kevin hellon / Alamy Stock Photo
Book Now
Lumphini Park is to Bangkok as Central Park is to New York City. Located in the heart of the capital, it provides city-goers the ultimate escape from Bangkok’s otherwise built-up landscape. It is one of the oldest and largest parks in the city, with plenty of spaces to spread out a clichéd checkered blanket and have an al fresco meal.
More Info
Open In Google Maps
Rama IV Road, Khwaeng Lumphini, Khet Pathum Wan Krung Thep Maha Nakhon, 10330, Thailand
+6622527006
View menu
Visit website
Visit Facebook page
Send an Email
Give us feedback

Peppered around the artificial island of Ko Kret are Thai-style gazebos. Equipped with wooden or cement tables and chairs, these makeshift dining areas are tranquil spots to have a picnic. The island is located about 20km (12 mi.) north of Bangkok, but its local vibe and lack of urban infrastructure makes the area feel as though it is ages away from the capital. Those who travel here at the weekend can pick up their picnic supplies from one of the vendors lining the vibrant weekend market. It is best known for the sheer number of Thai sweets found there. 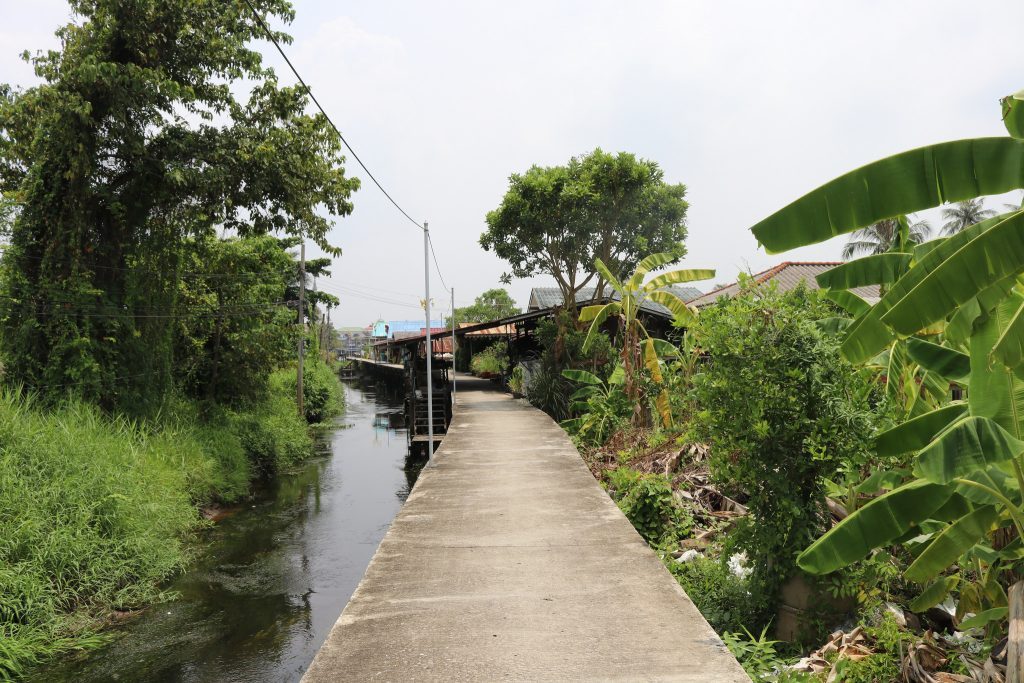 Several playgrounds, picturesque bridges, a lake, and winding, walking trails make up the majority of Chatuchak Park. It is located just adjacent to the infamous Chatuchak Weekend Market, and visitors to Bangkok can fill an entire day with the two popular attractions. There will be double the food stalls lining the outskirts of the park over the weekend, which will brings more crowds, but also offers visitors a wider selection of street food. Some locals meander the park with large, folding mats that visitors can rent to use for a few hours, or an entire day. 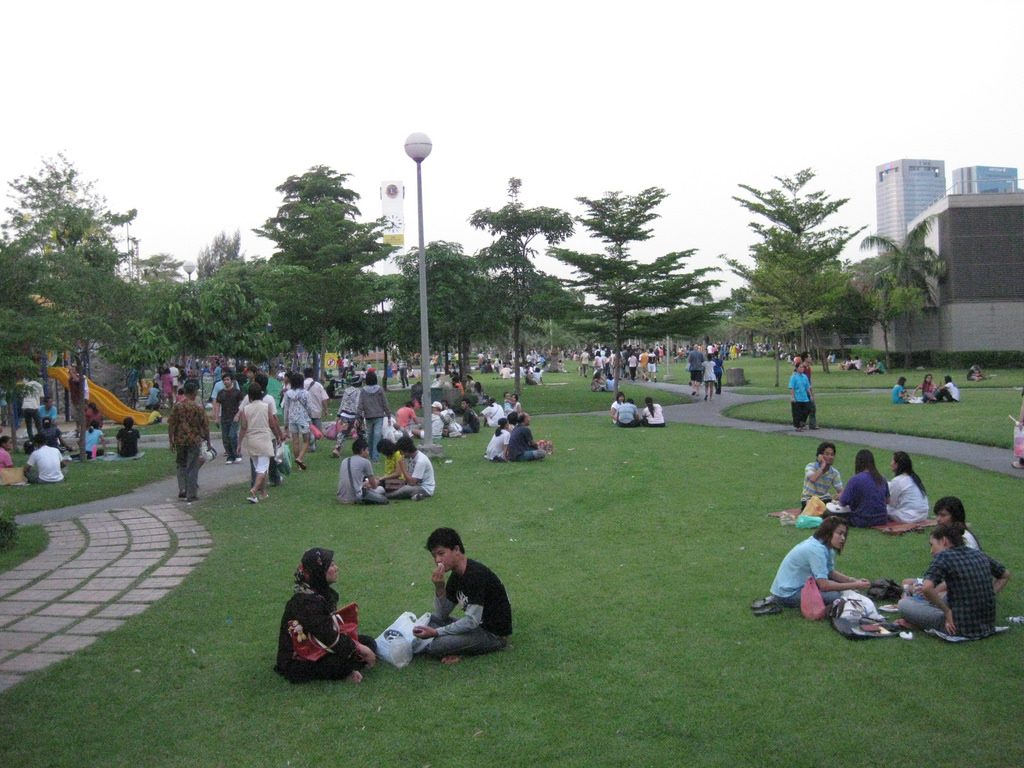 A weekend is surely well spent at Bang Krachao, an island located in the province of Phra Pradaeng in Bangkok. It lacks the herds of people and metropolitanism the rest of the Thai capital so proudly boasts of. The best spot to enjoy a picnic on the green lung of the city is at the Sri Nakhon Khuean Khan Park and Botanical Garden. Decorated with lakes, bridges, gazebos, and a laid-back vibe, one could spend a few hours dining and exploring the green space. The island is also home to the Bang Namphueng Floating Market, which is lined with cheap and delicious Thai food. 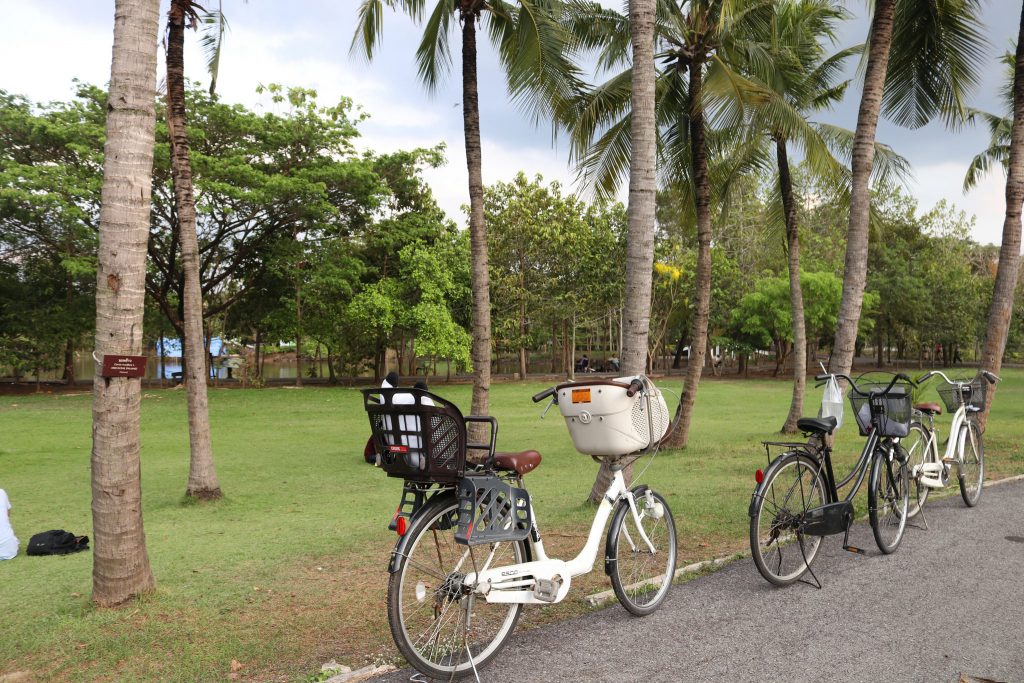 Park
Benjasiri Park | Courtesy of Vee Satayamas/Flickr
Just steps from the entrance of Benjasiri Park is the over-congested Sukhumvit Road. Visitors to the park are able to escape the chaos of the city, however, as soon as they enter the green space. Though located in the heart of the capital, the park covers a little over 11 acres of land. The green space has come a long way since its construction began in 1990. This park has something for everyone, being that it is equipped with exercise equipment, playgrounds, basketball courts, and more. There are even a number of art installations found decorating the park. A number of manicured lawns can be found around the lake that sits at Benjasiri Park’s core, making for a wonderful selection of scenic spots to enjoy a picnic.
More Info
Open In Google Maps
สุขุมวิท22-24, Khwaeng Khlong Tan, Khet Khlong Toei Krung Thep Maha Nakhon, 10110, Thailand
View menu
Visit website
Visit Facebook page
Send an Email
Give us feedback

Located along the banks of the Chao Phraya River is the Rama III Park. Visitors have some of the most stunning views in town of the Rama II Bridge from this particular green space. As the name suggests, the park was built in honor of King Rama III. It is made up of a number of pavilions that provide visitors with shade as they devour their Thai-style picnic.