The Best Ways To Spend New Year's Eve In Thailand 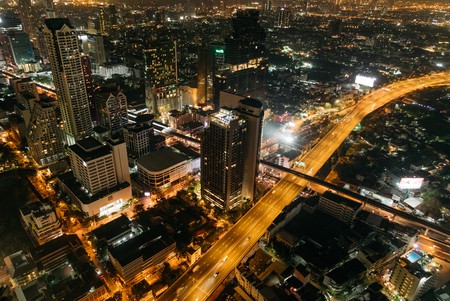 Whether you want to bring in the new year with the sand between your toes or one too many alcoholic beverages in tow, Thailand has the celebration for you. Here are our top picks for the best ways to spend New Year’s Eve in Thailand.

Thailand’s northern capital has always been a hotspot for festivals and holidays, and New Year’s Eve is no exception. For one, New Year’s Eve celebrations are oftentimes rowdy and can get out of hand, especially in a big city like Bangkok. While Chiang Mai is still a large city, it manages to keep a small town vibe while hosting some of the best celebrations in the country, one of the most notable being the candle-lit lantern ceremony. Thais and foreigners alike gather with a range of different paper lanterns around the city before letting them go into the dark night sky. 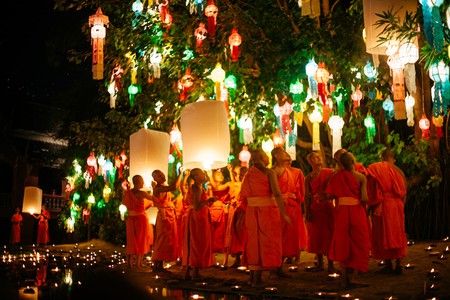 The north gate in Chiang Mai is also a good gathering spot for those hoping for some live music and a good crowd. This area is chock full of restaurants serving international cuisine, and has bars and even a nightclub, Spicy, with one of the latest opening hours in the city. 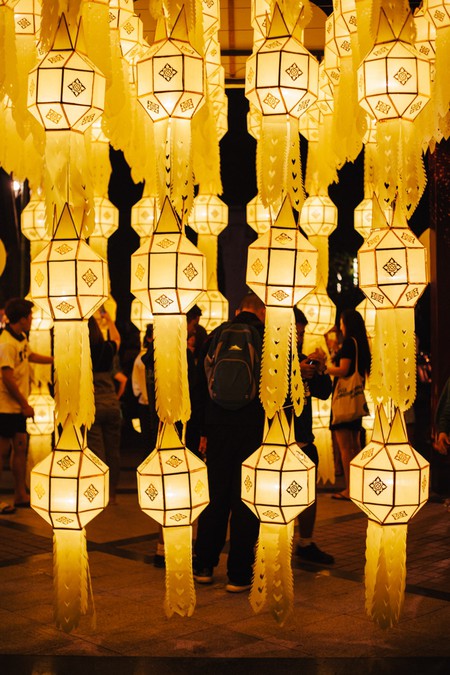 The Rooftops of Bangkok

There is something magical about feeling as though you are on top of the world at one of Bangkok’s many rooftop bars. Bring in the new year while looking over one of the most visited and intimidating cities in the world. The twinkling skyline seems to go on forever at such great heights, and depending on where rooftop-goers find themselves in the city, they will see a range of different top attractions and monuments. For example, those who find themselves at Sky Bar Rooftop at Lebua, made famous by the film The Hangover II, will have a stunning view of the Chao Phraya River. Other rooftop bars in Bangkok with some of the best views include Banyan Tree, Octave Rooftop Lounge & Bar, Above Eleven and Three Sixty. 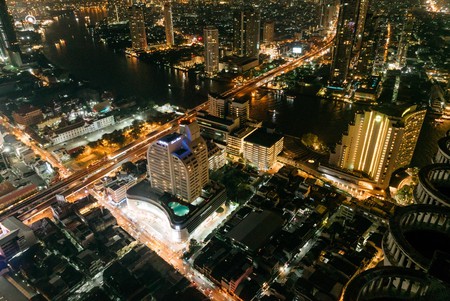 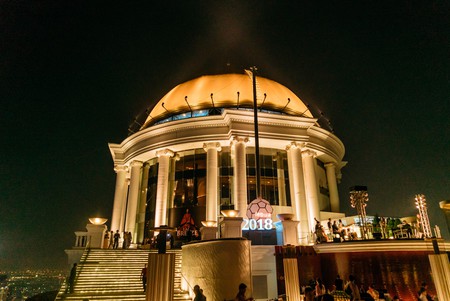 This night bazaar and mall combo is the perfect location for those looking for a relaxing way to welcome the new year. From a plethora of outdoor shopping to restaurants serving Thai and international cuisine, there is something for everyone at Asiatique. The market is located right along the Chao Phraya River, making it a romantic spot to count down the seconds until 2017. 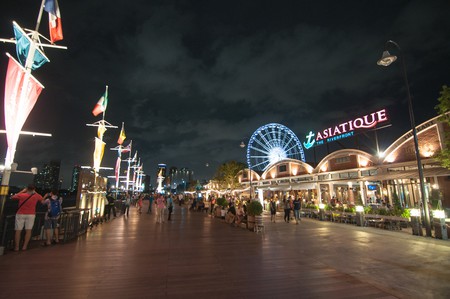 Those looking to celebrate with a few alcoholic beverages in tow should make their way to Walking Street in Pattaya, one of the seedier areas in the Land of Smiles. Busting out your most luxurious New Year’s Eve dress might be avoided for this particular destination, as things can get a bit rowdy on this one kilometer stretch of road. To walk its entirety only takes about ten minutes, but Walking Street is sure to keep club-goers and partiers entertained until the clock strikes midnight (and long afterward). As January 1 rolls around, hungover patrons can make their way to one of the many beaches found in Pattaya and try to enjoy the Gulf of Thailand, regardless of the new year hangover settling in. 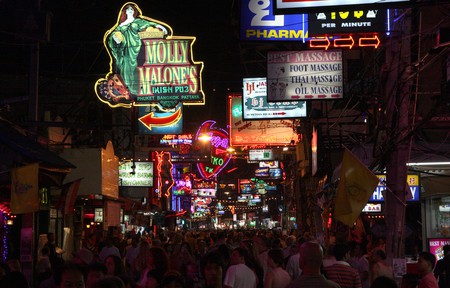 Those hoping to bring in the new year like a true maniac should head to the infamous Khao San Road. To many, this strip of clubs and outdoor bars has a bad reputation due to the hoards of tourists who make their way here in a disorderly fashion. This special night, however, provides partiers ample opportunity to participate in some New Year’s Eve rights of passage: eat scorpions, have one too many liquor-ridden buckets and dance the night away at a club. It does not get much better than that! 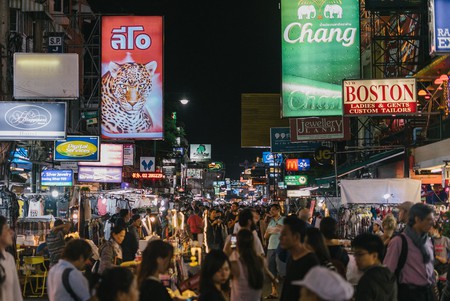 On The Chao Phraya River

While many rooftops bars in the City of Angels will provide visitors with stunning views of the Chao Phraya River, there is no better way to experience the artery of Bangkok than on it. Whether you visit one of the many delicious restaurants that line its murky waters or splurge on a river cruise with a buffet and live band to boot, spending New Year’s Eve on the Chao Phraya River is both relaxing and romantic. Many restaurants lining the river will also have exclusive dinners to celebrate, for example, the Ramada Plaza Bangkok Menam Riverside which will be having an international seafood barbecue buffet, wine and lucky draw prizes. 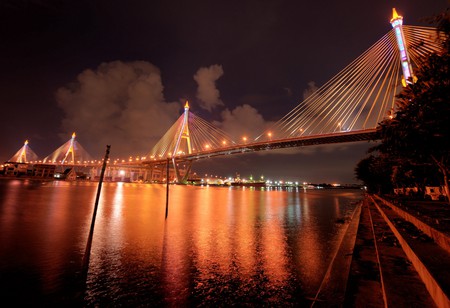 Phuket has long been a contender for one of the best party cities in Thailand. Bangla Road has continued to please foreigners and Thais alike with its pulsing club scene and close proximity to one of the most beautiful beaches on the island. That being said, our favorite New Year’s Eve destination in Phuket would have to be Surin Beach. This particular stretch of sand has even been visited by the one and only Paris Hilton for previous New Year’s Eve bashes. In addition to Surin Beach, the entire island is essentially transformed into a party haven this particular evening, with fireworks, beach barbecues, live entertainment and exclusive gala dinners. 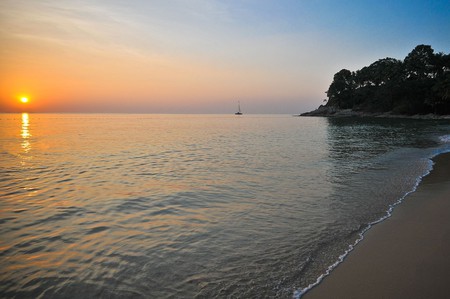 Sunset at Surin Beach, Phuket, Thailand | © Courtesy of Mark Leo/Flickr
Give us feedback