The Best Spots to Monkey Watch in Thailand 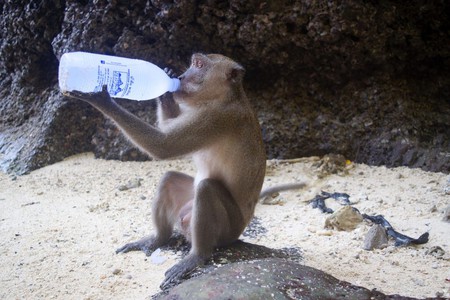 Monkeys: you either love them or hate them. Regardless of your feelings (or lack thereof) for these wild animals, visitors are almost sure to come across at least one depending on where they travel to in Thailand. Those who do want to see them should check out the following best spots to monkey watch in Thailand.

Located about two hours north of the capital is Lopburi, one of the oldest cities in the country. Spectacular ruins are one of the main reasons as to why tourists find themselves making their way to the city, with top sites including Wat Phra Sri Rattana Mahathat and the King Narai’s Lopburi Palace. In addition to these historic ruins, the city is also home to 2-3,000 monkeys.

Those who want to see more monkeys than they bargained for should visit on the last Sunday of November, when the Lopburi Monkey Festival takes place. The festival was first started in 1989 by a local businessman who believed that the unusual festival would entice more tourists to visit an otherwise unfrequented city. Since then, festival-goers have been making their way to Lopburi province to watch the monkeys feast on food gathered by locals on the grounds of ancient Khmer ruins. 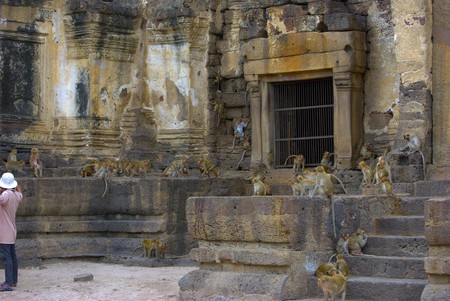 There are not one but two Monkey Beaches on Koh Phi Phi Don, one of the two islands that make up Koh Phi Phi. Both are accessible via long-tail boat or kayak, and visitors might even consider staying in their boat to get a good look at the furry creatures. Many of the monkeys are accustomed to tourists arriving and distributing food at the beach. This is bad for both monkeys and tourists. For one, the monkeys start to depend on the food given to them. Then, those responsible tourists who do not give out food end up enduring the wrath of those monkeys. These animals can be cute, but remember, they are wild animals, so be sure to appreciate them from afar. 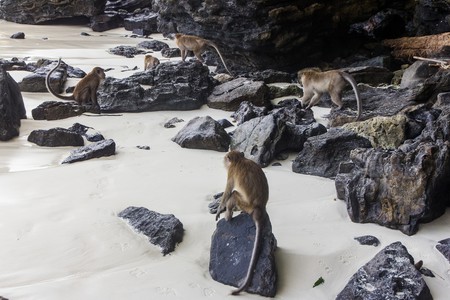 Khao Yai National Park was established in 1962. It was the country’s first ever national park, and it remains one of the most frequented by both locals and tourists. It is one of the most convenient national parks to get to, as it is just two hours outside of Bangkok. Khao Yai is the third largest park in Thailand and is equipped with trails for hiking, waterfalls, campsites, and, of course, a wide variety of wildlife.

Birds, elephants, and bears are just a few potential highlights for visitors. Thankfully for monkey-loving tourists, these wild animals are one species that are seen most readily. Unfortunately, the park’s ecological system has been negatively affected by monkeys migrating from their home in the jungle closer to the roads in hope of getting human food, regardless of the fact that the park does fine anyone who feeds them. 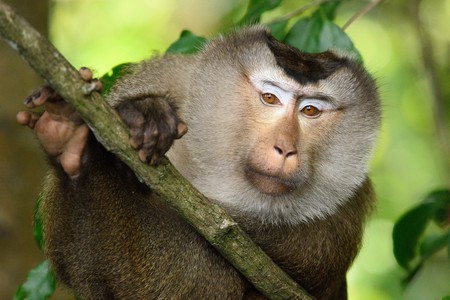 Koh Chang is one of the most stunning islands within a few hours drive from the capital. It is also one of the largest islands located on the Gulf of Thailand, and it is here visitors will find Muh Koh Chang National Park. It makes up over 50 surrounding islands and is some 650 square kilometers in size. Because of this, the island remains relatively clean and home to an abundance of wildlife, including monkeys. The majority of monkeys on the island are macaques and can be found sporadically around the island. However, many are found along the main roads. They continue to stray out of their natural habitat and closer to the streets because they are being fed by humans. This is dangerous for both the animals and drivers, so be sure to keep any food to yourself while visiting the stunning island of Koh Chang. 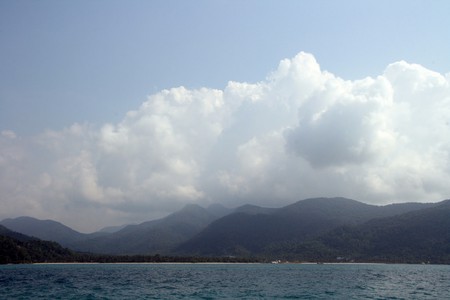 The most popular aspect of the Erawan National Park outside of the city of Kanchanaburi is the seven-tiered waterfall that sits inside the park. Each tier has its own emerald pool, making them ideal places to sit and cool off in what can often be Thailand’s intolerable heat. The park was founded in 1975 and is almost (if not equally) as popular as Khao Yai National Park. While the main wildlife visitors will find are the large fish that gather in the pools and nibble on visitors toes, there are also a number of exotic birds, water monitor lizards, and more wildlife that call this park home. If visitors are lucky, they may come across a macaque or two as well as a lar gibbon. 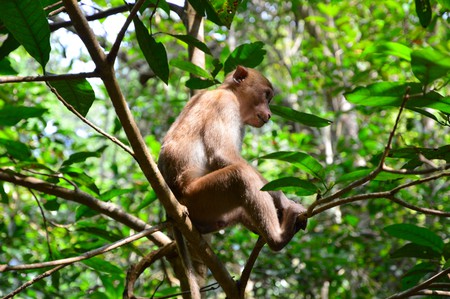 Railay Beach is one of the most popular stretches of sand in Krabi. It is only a five-minute long-tail boat ride from Ao Nang, and it is certainly one of the most stunning beaches found along the Andaman Sea. It is here visitors will find beaches perfect for lounging, steep cliffs for rock climbing, and one too many monkeys. Where there are not hotels and resorts, the peninsula is home to lush, green jungle. One of the highlights of visiting Railay is to climb up to the viewpoint. The path there is decorated with monkeys walking lazily on the fence that borders the trail up to the steep climb. They can also be spotted on the actual climb to the viewpoint as well as the lagoon located on the peninsula. 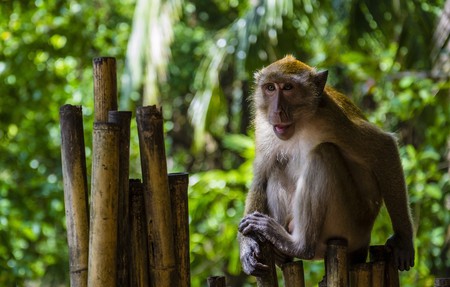 Visitors are almost guaranteed to see monkeys in the places listed above, however, interacting with these monkeys is impossible in their natural habitats. Those monkey lovers who want to do more than just see one of these creatures should check out the Gibbon Rehabilitation Project on the island of Phuket. Volunteers get modest accommodation and can feed the gibbons, observe those who have already been released into the jungle, and more. When volunteers are not helping with the gibbons, they are allowed to go out and explore the stunning island of Phuket. 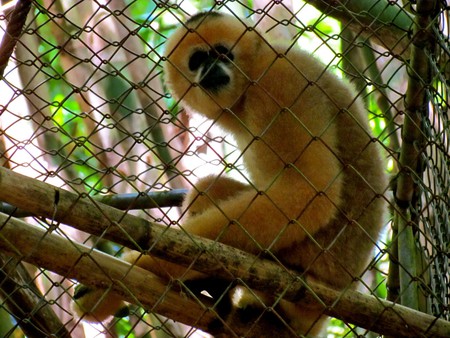