The Best Spiritual Places to Visit in Thailand

Wat, Pho, Buddha | © Courtesy of sumet_k/Pixabay
From shrines to temples and even natural landscapes, there are many places that are regarded as holy in the Land of Smiles. Locals frequent for religious purposes while many tourists visit for the photo opportunity. Here are the best spiritual places to see in Thailand.

Many visitors to Thailand head to the province of Krabi to catch a glimpse of the limestone cliffs rising from the Andaman Sea. While these are certainly noteworthy, everyone visiting this province should add the Tiger Cave Temple to their itinerary before venturing elsewhere. Stories circulate around this spiritual temple found in Southern Thailand and how it got its name. Wat Tham Suea, otherwise known as the Tiger Cave Temple, was dubbed this because apparently a tiger used to reside here, though today it is one of the most coveted religious sites in the country. The golden Buddha found at this shrine sits at the 2,000-foot peak. To get here, visitors must first climb the stairs, hugged by jungle terrain on both sides, before finally arriving at the amazing spiritual site. 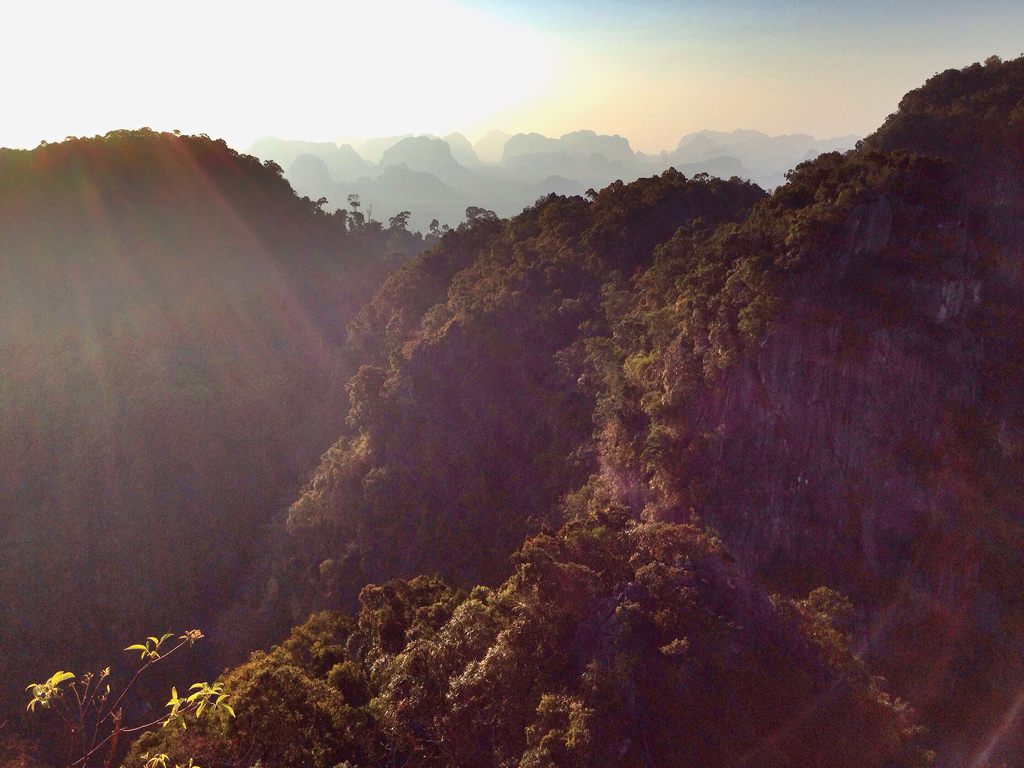 Buddhist Temple
© Pakin Songmor / Getty Images
Built in 1782 during the reign of King Rama I, Wat Pho in Bangkok remains one of the most spiritual structures in all of Thailand. Otherwise known as the ‘Temple of the Reclining Buddha,’ locals gather here to meditate, pray, and make donations and offerings. The most notable feature of the temple is the large reclining Buddha found at the temple’s core, built in 1848. The reclining Buddha is 46 meters long and 15 meters high, and the temple grounds are just as stunning as the noteworthy site.
More Info
Open In Google Maps
Bangkok, Thailand
View menu
Visit website
Visit Facebook page
Send an Email
Give us feedback

The mountain of Doi Inthanon, also known as Doi Ang Kha, is one of the most stunning natural landscapes in all of Thailand. Two trails, the Pang Wua Trail and the Den Ya Khat Trail, lead up to the summit. The Doi Suthep-Doi Pui National Park, which is where the mountain is found, covers some 161 square kilometers. The mountain sits 7,299 feet above sea level and is protected by the Doi Chiang Dao Wildlife Sanctuary, which makes the national park so pristine in the first place. The most spiritual feature of the national park is Phra Mahathat Naphamethanidon. It was built to commemorate the 60th birthday of the late king, and it is equipped with two, stunning marble chedis, or Buddhist stupas. The national park is found about 40 kilometers southwest of Thailand’s northern capital of Chiang Mai. 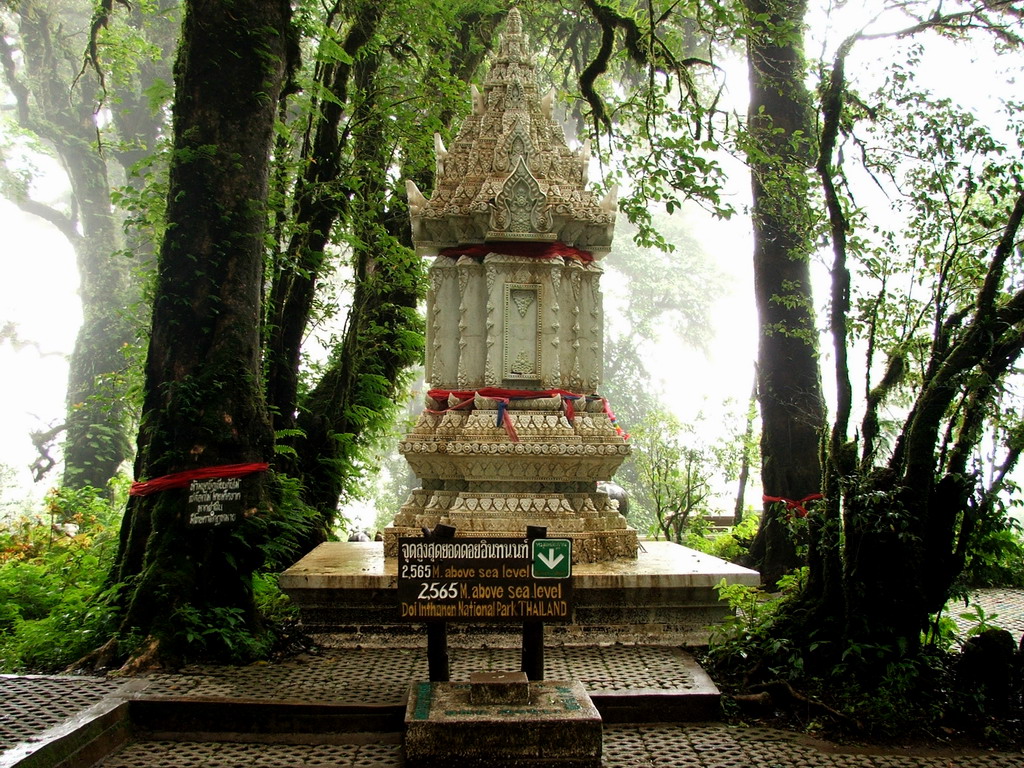 Though the jury is still out on how safe sacred Sak Yant tattoos are, there is no denying that are they incredibly cool… and many believe they possess spiritual powers. These tattoos are said to protect those who have them, whether it be from things like danger or even death. Those who want this type of tattoo can get them done in shops around Thailand, but the most popular destination for an authentic Sak Yant tattoo is at the Wat Bang Phra temple, which is located about 30 miles west of the capital. Wat Bang Phra is also a working Buddhist temple where monks live and meditate. 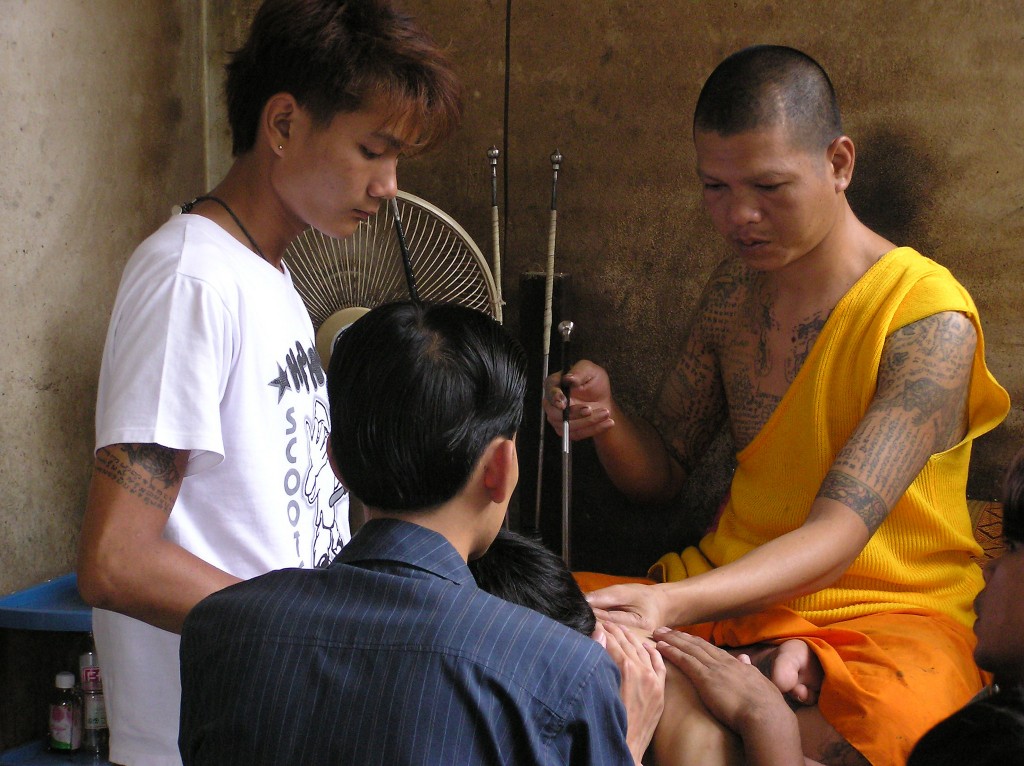 Found in the southern province of Phang Nga is the Dragon Cave. It overlooks rolling green mountainous terrain, which only adds to its tranquil atmosphere. The iconic cave is said to heal, and it is said that those who visit can possibly be healed just by visiting, regardless of their ailment. Visitors can apparently stay overnight for free if they bring their own supplies, but donations are accepted.