The Best Places to Go Rock Climbing in Thailand 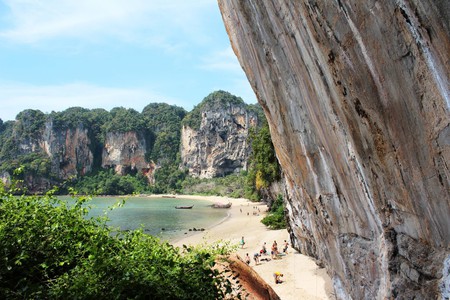 Whether you’ve never stepped foot (vertically, that is) on a rock wall or conquered the biggest of mountains, there is rock climbing available for all skill levels in the Land of Smiles. Here are the best places you should visit to go rock climbing in Thailand.

Thailand’s southern landscape is a spectacular one. While the many white sand beaches are certainly stunning, the limestone cliffs protruding from the sea’s glassy surface are one of the area’s most noteworthy attributes. One province where these cliffs are found in abundance is in Krabi, where spectacular geographical structures decorate the Andaman Sea. In addition to being stunning, these rock formations and ones like it are perfect for climbers. One of the most popular areas in Krabi is the Railay Beach.

Visitors will find the area is almost always teeming with hopeful rock climbers ready to conquer the formations found throughout. There are plenty of packages available through tour groups, with as little as half-day tours available alongside three day-long climbing excursions. The tour visitors decision will depend on the amount of time they have available as well as their skill level. These tours come with the necessary gear, a guide, and (normally) transportation to and from Railay. 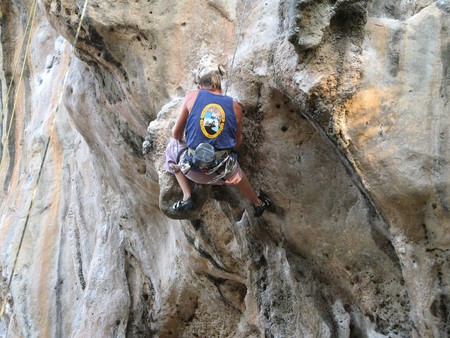 The food, the weather, the chilled-out vibe: there are plenty of reasons to visit the northern capital of Thailand, otherwise known as Chiang Mai. The city has an abundance of day trip opportunities that visitors should take advantage of, from temple tours to a visit to an elephant sanctuary. Those looking to explore Chiang Mai at new heights, however, should consider spending some time here rock climbing.

One of the most popular formations is known as Crazy Horse. People first took to this rock formation with their gear in tow in 1998, and it is good for both experts and beginners alike. It is only about 25 miles from the city center, and comes equipped with some 150 routes to choose from. It is a popular climbing destination for tourists and locals, and the community has done a good job at sustaining the attraction. In addition to the cliffs, there are also a number of caves in the area that can be explored as part of a rock climbing tour. 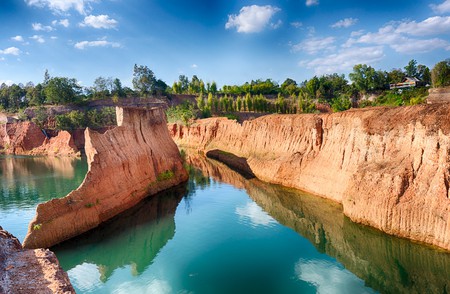 All six of the islands which make up Koh Phi Phi continue to lure in a wide variety of tourists. Party-goers hop onto the ferry eager to watch the fire shows that take place on the beach with a colorful bucket of vodka in tow. Divers are keen to strap on their equipment and take to the water, where guides make promises of seeing a shark or two in addition to other stunning sea life. It seems as though the island has something for everyone and rock climbing is no different. The main formation that climbers choose to explore is the Tonsai Tower. It provides climbers spectacular views of the ocean, is good for beginners, and is equipped with some 30 routes. Climbing began here in the 1980s, did not get popular until the 1990s, and today it is one of the top destinations for climbers traveling Southeast Asia. 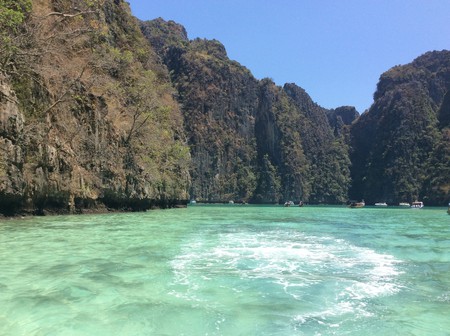 The island of Koh Tao, the smallest of the three large islands in the Samui Archipelago, remains one of the top destinations for scuba divers around the world. Gear and guided dives are cheap, and the underwater sites themselves are ones that will not soon be forgotten. That being said, there are plenty of amazing sites above the water as well, many of which are great for climbers. Koh Tao island is made up of large boulders, cliffs, and more. It has even been dubbed by some as boulder heaven because of the many rock formations found nearby and among some of its remotest jungle. Those who reach the top of these will have impeccable views of the Gulf of Thailand surrounding the island and visitors can partake in tours or rent gear themselves and take to the cliffs. 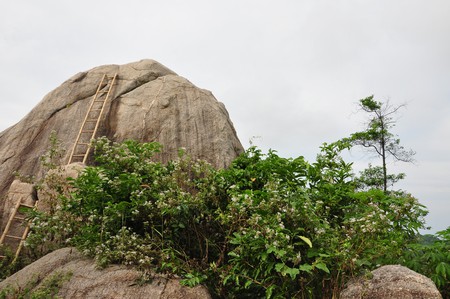 Koh Yao Noi is the smaller of two islands found in the Phang Nga Bay. It sits almost directly between Krabi and Phuket. It is one of the least frequented islands located in the Andaman Sea, making it a great climbing destination for those hoping to get off the beaten path a bit. Unlike Krabi for example, it has yet to be overrun by climbers. This island does not have a whole lot going on, including a sheer lack of places to lay out and soak in the sun.

But what the island lacks in beaches, it makes up for with its stunning climbing routes. However, the climbing on the island of Koh Yao Noi has recently suffered due to the closing of some of the most popular and stunning routes. The routes, which included Grateful Wall and Big Tree Wall, have since been shut down by the Ao Phang Na National Park chief because they were inherently risky. Since then, the community has suffered slightly, as fewer tourists journey to this small island as many of their dream climbing destinations are being closed off. 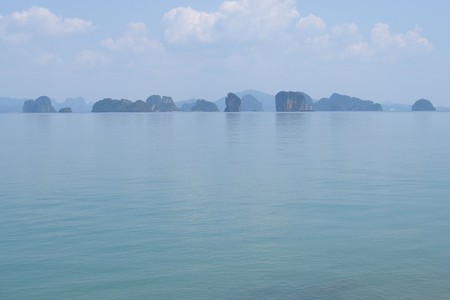