The Best Neighborhoods in Bangkok for Expats 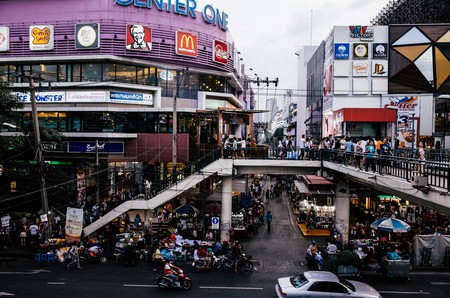 Bangkok is a huge and diverse city with areas to suit almost everyone. Backpackers tend to flock to the infamous Khao San Road while flashpackers and luxury travellers go to Sathorn or the swankier areas of Sukhumvit. But what if you’re planning to stay for longer in the City of Angels? Here are some of the best neighbourhoods for expats looking to set up a home in Bangkok.

If you’re happy to pay a premium for your home and want to be close to the city’s heart, Sathorn could be an ideal place to live. There are many luxury homes, many of which are condominiums, offering all modern comforts and conveniences, It’s easy to find homes with Western bathrooms and kitchens in buildings with added extras for tenants like swimming pools and gyms. The area boasts a great balance of upscale restaurants and local street food, there’s lots of nightlife, and the BTS skytrain makes moving around the city easy. Close to the river and the large and green Lumpini Park, Sathorn is a popular area for expats who like life’s little luxuries. 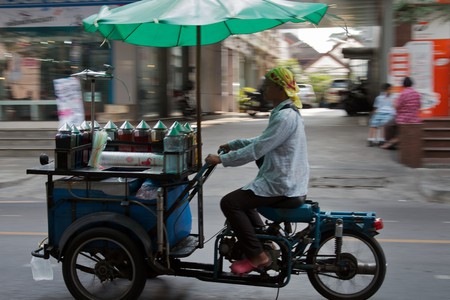 A little out of the city centre, laid-back Ari has a large expat population. It’s a great place to live for those who want easy access to the city’s heart yet want a clean and peaceful neighbourhood with a local feel. A relatively safe part of Bangkok, Ari has a range of stores that sell imported products, restaurants, cafes, and bars. Attracting families, couples, and lone expats, Ari has something for everyone looking for a homey base in Bangkok.

Victory Monument is a lively part of Bangkok with a BTS skytrain station. There are numerous apartments to suit different budgets and expectations, with those that offer Western amenities and those that offer a more traditional Thai-style way of living. There are many market stalls, street vendors, and restaurants that sell Thai and international cuisine and there are enough bars for you to find a great spot to unwind for the evening, but not so many to make the area raucous. 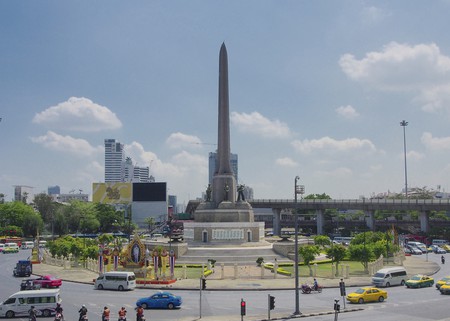 Udom Suk is a relatively calm neighbourhood with a local flavour, but it is still within Bangkok’s CBD. It does attract tourists as well as locals, but this only makes the area more vibrant and diverse. There are few foreign-influenced eateries and establishments, making it great for people who want to immerse themselves in Thai life. You certainly won’t go hungry, though, as there are plentiful Thai restaurants and street food stalls serving delicious dishes for reasonable prices. There are many massage shops for you to unwind and bring some balance into your life, a good variety of shops, and the Bangkok International Trade and Exhibition Centre is on the doorstep.

Phra Khanong sits along the BTS skytrain route and it is easy to get in and out of the city. Primarily a residential area, a major draw is the low rental prices. The area also appeals to expats who would prefer to live in a house rather than an apartment or condo (although you’ll still find a good selection of serviced apartments too). The neighbourhood is inhabited mainly by Thais, though there is a sizeable expat community. Many expats like Phra Khanong for its easy access to Bangkok’s major commercial areas coupled with a neighbourhood vibe. There are plenty of places to eat, drink, shop, and relax, with W District offering heaps of things to do in one handy place. 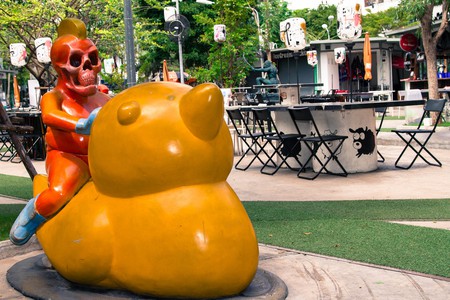 There are plenty of quirky spaces in Phra Khanong, Bangkok | © Johan Fantenberg / Flickr

Ladprao offers a fantastic blend of business and leisure opportunities and is almost like a mini version of Bangkok compressed within one liveable neighbourhood. A top choice for expat families, it boasts some of the nation’s best schools and plenty of green spaces. Chatuchak’s attractions and large weekend market are also at your fingertips. Close to the Northern Bus Terminal, the BTS sky train, and the MRT, getting around the city (and beyond) is convenient. There are many markets and places to eat and the pace of life is lively without being overwhelming.

Affordable rental prices, convenient access to the heart of the city, and a good selection of local amenities are making On Nut more and more desirable with expats. The residential area is mainly home to Thai people, but it is seeing larger numbers of professional expats and families moving in. There are two supermarkets as well as various restaurants and street food vendors. People who work remotely will find the co-working spaces especially convenient. 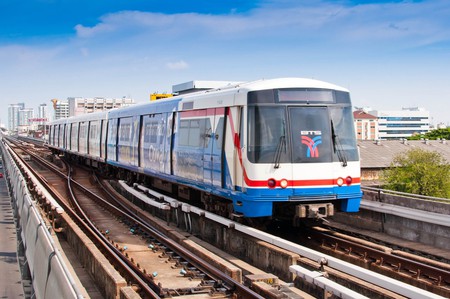 Ekkamai is an area that is quickly gaining popularity, attracting middle-class Thais and expats. It has a hipster vibe and plenty of leisure options. From cafes and restaurants to co-working spaces, boutiques, speciality stores, and art galleries, Ekkamai has the lot. It has the added bonus of being in the Sukhumvit area and being well connected by public transport; not only is it on the BTS line but it is also home to the Eastern Bus Terminal. The neighbourhood offers an enticing lend of the old and the new, with the trendy and the traditional often sitting side by side. The housing options are varied, with large houses to rent on leafy residential streets, modern condos, and serviced apartments.

Another trendy area of Bangkok that appeals to both tourists and residents, Thonglor is a playground for Thai high society and affluent visitors and expats. One of Bangkok’s trendiest areas, you can expect to pay a premium for your property here. You’ll be surrounded by classy bars, upmarket restaurants with Thai and international menus, designer boutiques, and flashy malls. Thonglor appeals to expats from various countries who enjoy the finer things in life and who have a modern and youthful outlook. 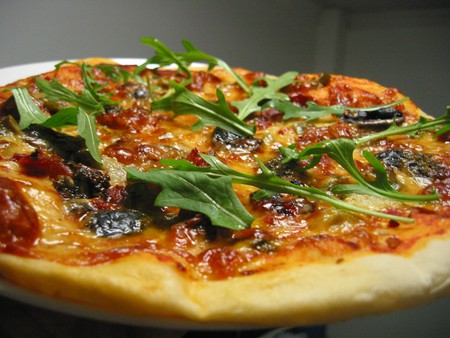 The dining scene in Thonglor is diverse | © gogatsby / Flickr

Bangna is an up-and-coming Bangkok neighbourhood that offers lower prices on accommodations and a combination of traditional living with gentrification and modern developments. A little out of the city centre, it is just a short ride by bus or skytrain from Bangkok’s pulsing heart. The cities of Chonburi and Samut Prakarn are within easy reach, and Bangkok’s Suvarnhabhumi Airport is also close to hand. There are various shopping centres and conveniences to make life comfortable and a range of housing options to choose from. It’s perfect for people who want to enjoy low-rise living rather than being surrounded by towering buildings.

In the wider Sukhumvit area, Phrom Phong offers numerous shopping opportunities and is on the BTS line. A pleasant area with a park, art galleries, coffee shops, and restaurants to suit all tastes, there are shops that sell foodstuffs imported from other Asian countries. Phrom Phong is especially popular with Korean and Japanese expats. 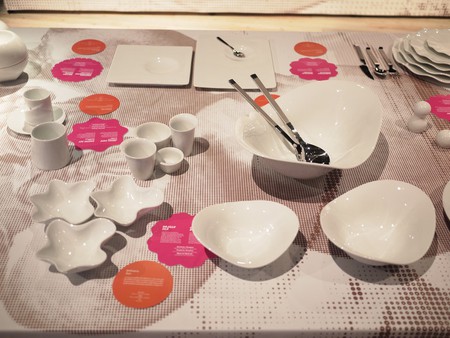 Ratchada is well-connected by the MRT and public bus services, and the roads are often less congested than in other parts of the city, making it ideal for expats with their own vehicles. A large residential area, it boasts many fantastic shopping outlets, including one of the country’s biggest malls. You’ll also find the huge and quirky Train Market here. Fitness fanatics will love the range of gyms and foodies will be satisfied with the choice of restaurants. There’s a supermarket, too, making home cooking a breeze. There are many studios for singles and couples, as well as condos and apartments with multiple bedrooms. 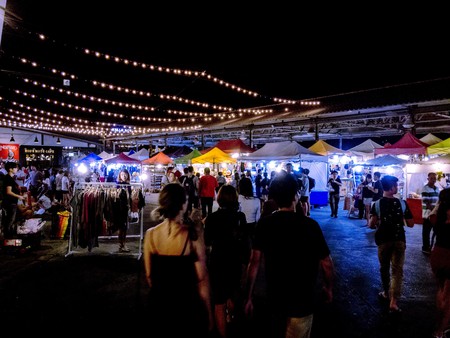