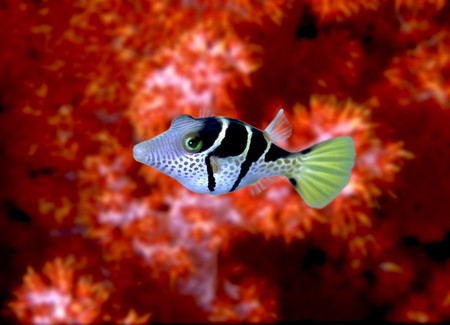 As Thailand’s largest island, there are tonnes of things to keep you busy and entertained in Phuket. From top-class shopping to world-famous beaches, you’ll be spoiled for choice when it comes to things to do – and that’s just on the ground. One of the most popular places to dive in Thailand, there’s plenty to see beneath the sea, regardless of your experience as a diver. Want to know more? Check out the best dive sites in and around Phuket.

Just over an hour away from mainland Phuket is the scenic island of Koh Racha Yai. It’s an island that’s both popular with tourists and those looking to dive, and with a visibility of between 20-30 meters, it’s easy to see why. As well as colourful coral formations, divers can also expect to see a wide variety of marine life, from colourful tropical fish to the more exotic stingrays, barracudas and puffer fish. It’s also possible to spot elephants underwater – statues, of course, that were put here in 2006 and have made for fascinating sights for divers ever since. With its year-round access and shallow bays of up to 25m, it’s perfect for both experienced divers and newbies, and should definitely be visited if you’re looking to dive whilst you’re in Thailand. 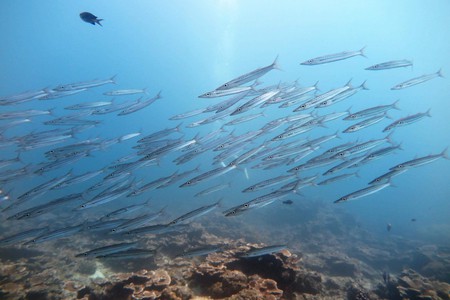 Whilst it may have an ominous sounding name, there’s no need to get a bigger boat or to hum the Jaws music just yet. The star attractions of Shark Point aren’t quite vicious man-eaters but rather the docile Leopard Sharks that can be spotted on the seafloor. With most people quite happy to say they’ve dived with sharks and lived to tell the tale, it’s an extremely popular dive site, but you’d be wrong for assuming they’re the only things to see here. As well as sharks, divers can enjoy colourful schools of tropical fish and sand coral, as well as a huge limestone pinnacle. At less than 30km from Phuket’s mainland and with three sites to check out, it’s ideal for a diving day trip, and the chance to get up close and personal with sharks may prove to be the highlight of your trip. 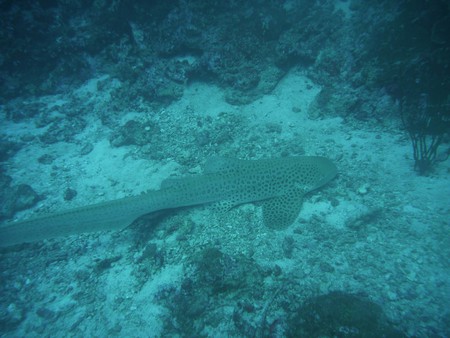 In 1997, on a routine trip to the Phi Phi islands, the “King Cruiser” passenger ferry got into a spot of bother and ended up a wreck, which was undoubtedly a sad day for its owner – but a momentous event for the Phuket dive scene. Today, it’s a popular dive site, with divers revelling in the opportunity to get up close and personal with this new feature of the seabed. Home to a variety of different life forms from crabs to coral, it’s one of the most interesting dives in the region and is something a little different. Usually visited as part of a tour of several dive sites in one day, the eerie experience of exploring a wreck is a diving experience that’ll be hard to top. 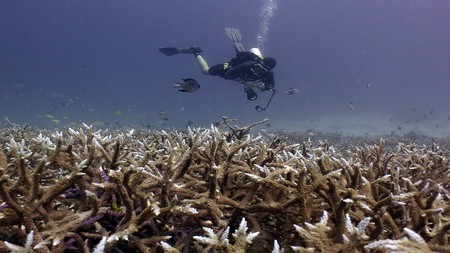 Whilst the Anemone Reef might be a dangerous shipping hazard to many, it’s a paradise for divers. A large rock protruding from the seabed, it’s not far from coming out of the sea altogether – which explains how it caused the King Cruiser wreck in 1997. When it’s not busy creating cool, new dive sites, it really is a natural wonder full of life; the moving anemones on the rock make it look as if it’s alive, making for quite an intriguing sight. Whilst it’s an attractive proposition for divers, it’s just as attractive for a wide variety of fish. From Nemo-esque clown fish to tuna and lion fish, there’s much for to this dive site than just the anemones, so it’s well worth checking out. 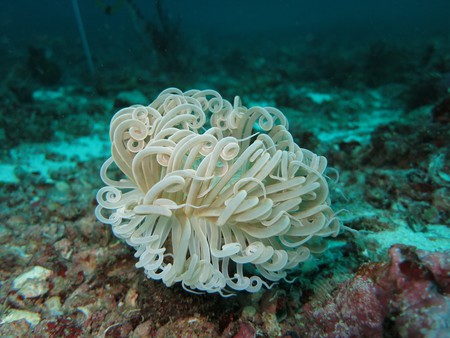 As well as wreck diving and shark diving being ticked off the list, a visit to the dive site of Koh Dok Mai will see you engage in some of the best wall diving in the region. Koh Dok Mai is one of the limestone karsts that juts out of the sea and provides a gorgeous backdrop to your beach pics – and if you thought it was beautiful from a distance, just wait until you’re up close and underwater. On each side, there’s a tonne of gorgeous, colourful corals and the jagged nature of the limestone rock means you’re likely to run into a new creature with every crevice you investigate. Only a small island, it doesn’t take long to work your way all around it, making it a short but sweet and rewarding dive on your way too or from other sites. 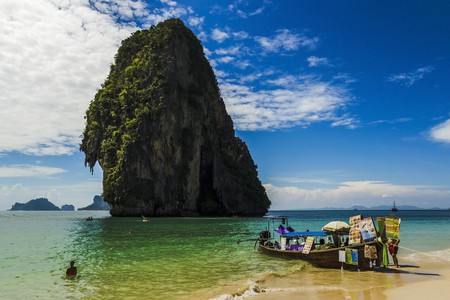 Explore the underside of one o

Located in the Similan Islands, which are a popular diving day trip from Phuket, Elephant Head Rock is an awesome cave-diving experience with tonnes of swim-throughs, tunnels and arches to explore. Named as such due to the rock that (sort-of) resembles an elephants head, it’s long been considered one of the best dive sites in Thailand, and it’s easy to see why. As well as playing amongst the natural topography, divers can also enjoy the chance to spot a range of exotic fish and other life, including reef sharks, barracudas, snappers and a whole range of colourful tropical fish. Due to the nature of the dive site, with its swim-throughs, it’s one for experienced divers – but it’s incredible dive sites like this are the perfect motivation for novice divers to get more experience. 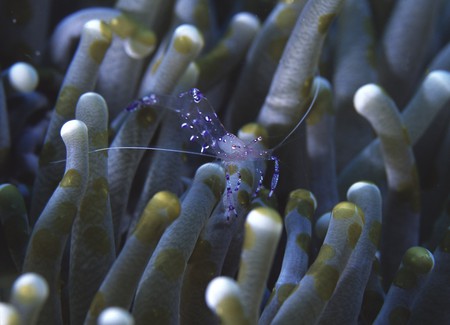 Shrimp in an anem

If you’re looking for a dive in the Similan Islands that’s suitable for those who don’t have a lot of experience, East of Eden might be the one for you. Widely regarded as having some of the best reefs in the Similan Islands and as one of the most beautiful dive sites in the country, it takes a lot to beat East of Eden. The range of marine life is too great to name but features intriguing specimens such as turtles, frogfish and lionfish. Visibility is often good, meaning you’ll be able to enjoy the splendour of the colourful hard and soft corals and exotic fish – not to mention the sharks and rays that have been known to pass through.