The Best Dishes From Southern Thailand 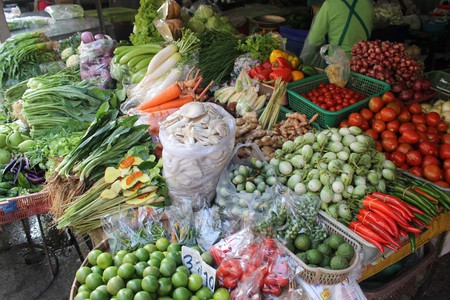 The south of Thailand is known for many things – beautiful vistas, picturesque islands and a relaxed pace of life. One thing that perhaps doesn’t get the attention it deserves is its food. With an abundance of fresh, delicious seafood, spicy curries and and influences from neighbouring Malaysia and Indonesia, southern Thai cuisine is ready to establish itself as the best food in the country, and here’s a list of dishes to try before it does.

Whilst many foreigners may find this dish a little too much on their first try, it’s a staple of southern Thai cuisine and the typical southern Thai ingredients of dried chillies, galangal, turmeric and kaffir leaves give it a strong kick. An extremely spicy and salty curry, the sauce is made from fermented fish innards and also contains fish, pumpkin, eggplant, yardlong beans and bamboo shoots. Not for the faint hearted, you’ll find this dish for sale in local markets and will be sure to impress the vendor if you buy it.

A dish that’s popular in the south but harder to come by elsewhere, khao yam is a tossed-salad dish consisting of rice, herbs, vegetables, fish entrails and a fermented fish sauce called “budu“, which has a distinctive, salty-fishy taste with just a pinch of sweetness. The flavours complement one another, making it an easy dish to eat. 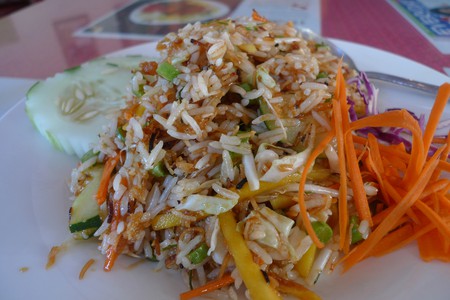 Whilst this dish is available in other cities, nobody makes it quite like the south of Thailand. A favourite of the south’s large Muslim community, khao mok gai sees turmeric-infused yellow rice served alongside chicken, all cooked together in the same pot with the turmeric flavour spreading to and staining the soft chicken. Garnished with fried shallots and cucumber and served with a sweet chilli sauce, it’s a dish that alone makes it worth coming down south. 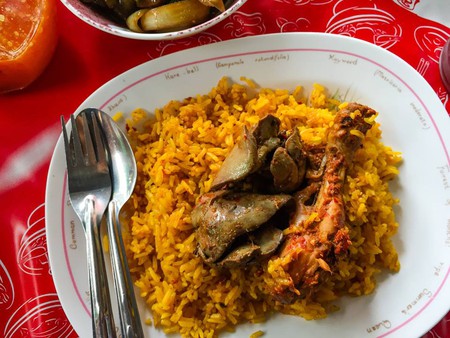 A tamarind-soured and spicy orange-coloured curry, gaeng som gets its rich colour from turmeric and is extremely popular in the south of Thailand. A thin curry, it’s typical to find fish, prawns or pork inside, as well as pineapple, bamboo shoots and papaya. It can be enjoyed as breakfast, lunch or dinner. A version exists elsewhere in Thailand, gaeng leuang, but southern Thais will argue their dish is better and is enjoyed best in the southern heartlands. 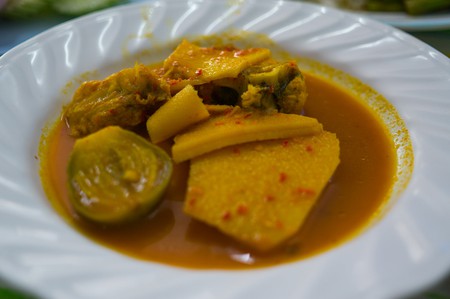 Hoi Chak Teen, or wing shell, is a popular seafood shelled snack that’s almost exclusively found in Thailand. Boiled and served in their shells on a plate, they’re a popular casual snack that are eaten with a toothpick, and it’s commonly served alongside a green sauce made from garlic, chillies, lime and fish sauce – perfect and delicious for dipping. A must-try when visiting Krabi and other coastal towns.

Unlike the thin gaeng som, gaeng kua kling is a dry curry that’s extremely spicy. The curry is made from chilli, pepper, lemongrass, garlic, turmeric, galangal, salt and shrimp paste, which combine to make a paste that even Thais will struggle to eat without sweating. The meat – usually beef, pork or chicken – is roasted with kaffir leaves and the curry paste, absorbing the spice in the process.

Made with sataw – a bean that rivals durian in the smell stakes – that’s fried alongside shrimp paste and meat, gaeng sataw is a popular and healthy choice that’s sure to go down a treat in any southern restaurant. Once eating, you’ll soon forget the smell of the beans and instead be focusing on their delicious taste and the spice of the curry. Crunchy, delicious and a perfect curry ingredient, sataw are a delicious bean and gaeng sataw is a great dish to taste on your travels.

Whilst nam prik is available all over Thailand, nam prik kapi is a variation that’s only available in the south. Consisting of shrimp paste, chilli, red onions, lemon, sugar and garlic, it has a salty, sour taste though sweet hints just about come through. Despite the strong smell, it’s popular to eat alongside vegetables for dipping, fried fish or rice for a simple yet delicious meal and a way to make a bland dish a little bit more exciting. 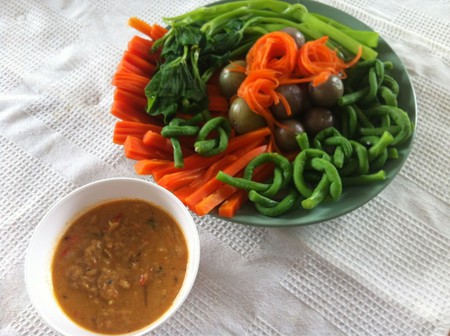 There can’t be a post about southern Thai dishes without a nod to seafood as a whole. The south of Thailand has plenty of coastal towns and is therefore home to some of the best, freshest seafood available in the country. From crabs to fish, shrimp to squid, and whether it’s in a curry or on the grill whole, seafood from the south is the best in the land. 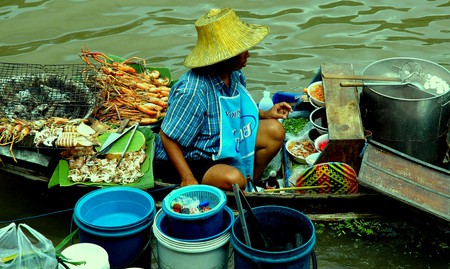 Freshly-caught seafood from a floating vendor
Give us feedback