The 15 Best Things to Do in Thailand In Your 20s 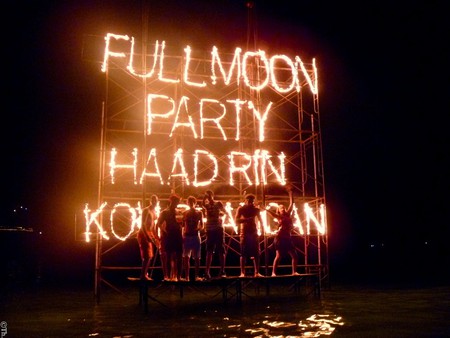 Being in your 20s is a great time to be alive. Too young to be expected to have all your stuff together, and too old to be treated like a child, travelling is best in your 20s and the world truly is your oyster. Places like Thailand provide countless opportunities to make long-lasting memories and start living life without regrets – here are the 15 best things to do on your travels in Thailand if you’re in your 20s.

Thailand is a great place to party, and few places do it quite like Khao San Road. With a large number of hostels, bars and clubs lining this famous road, a great night is guaranteed, and the cost of the buckets and street-side pad Thai definitely won’t break the bank. If you arrive alone you’ll leave with a bunch of friends, so just let your hair down and party way into the night, with a tonne of other people who want to do exactly the same. 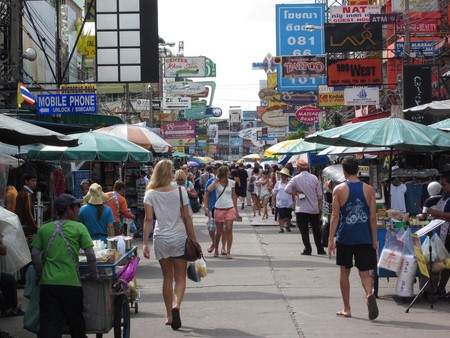 Before the party starts | © Ken Marshall/Flickr

Have a night to remember on Koh Phi Phi

Thailand’s most famous island is also one of its the most beautiful, but there’s time for that later. Now is all about seizing the day – or the night, for that matter. From pool parties to beer pong, beach raves to a bar with a Muay Thai ring in the centre, Koh Phi Phi offers some of the best nightlife in Thailand with unbeatable scenery to boot. What’s more, there are worse places to recover from a hangover than Maya Bay… 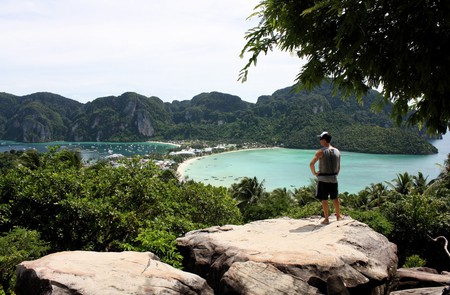 Not a bad place to party | © Dan Searle/Flickr

Whether it’s through the Trang archipelago, Krabi or Thailand’s east coast, there are a number of options if island hopping is on your radar – and it more than should be. No matter which route you take, you can be sure of dramatic mountains, clear water, soft sand and breathtaking scenery all featuring on your travels amongst the islands, as well a feeling of never wanting to go home. 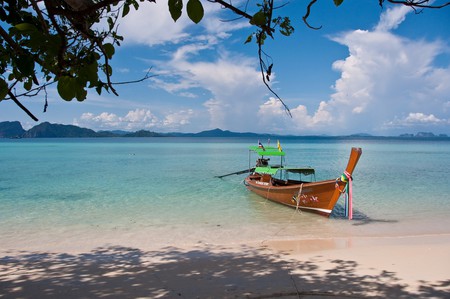 Make a splash at Songkran

Falling on the 13th of April but usually carrying on for longer is Songkran, Thailand’s water-throwing festival. The water signifies washing away bad luck and the cleansing of sins as Thailand enters its new year, and it’s common see streets lined with revellers firing water guns or throwing buckets of water at passers by. It’s thought that Chiang Mai is the best place to celebrate it, but head to any province at this time and you’re bound to end up in the centre of a huge water fight. 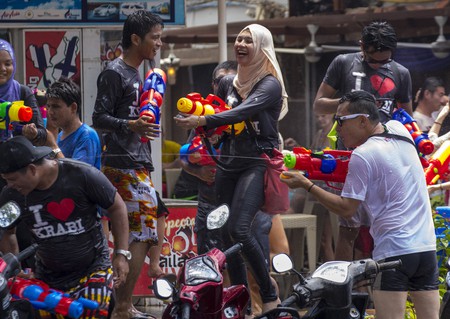 Head to an Elephant Sanctuary

The elephant is Thailand’s national animal, yet thousands of tourists persist on cruelly riding them for pleasure. Your 20s is a great time to become socially conscious, so head to a sanctuary instead. With plenty in Thailand and the best found in Chiang Mai, instead you riding them you’ll have a more intimate experience washing and bathing them, and trekking alongside them – memories you’re unlikely to ever forget. 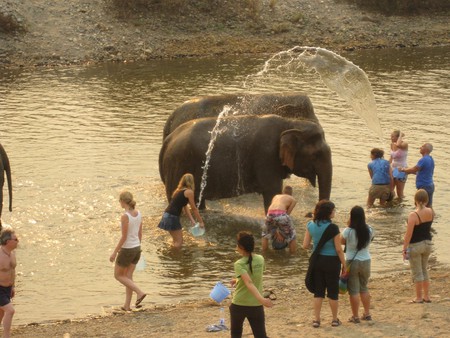 If you’re a native speaker with an undergraduate degree, a great way to spend extra time in Thailand is to teach. Though it’s no walk in the park – it can be seriously stressful and there’s a duty to do the best by the students – it can be incredibly rewarding, and comes with plenty of long weekends during which you’ll get to travel throughout Thailand. If you don’t do it in your 20s, when will you do it?

Go on a health retreat

Your 20s is a great time to try to better you – both on the outside and on the inside – and Thailand is the perfect place to do just that. Whether you want to board in a Muay Thai camp for a month, learn yoga by the sea or head to a mindfulness camp, you’re bound to find a programme that suited to your preferences and your budget. Each year many tourists head to Thailand to do just this due to the peaceful island surroundings and well-qualified instructors, and you’d be more than welcome to join them. 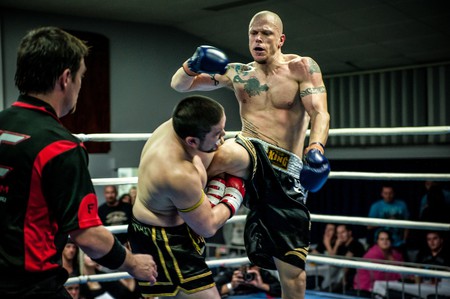 Muay Thai is the national sport of Thailand | © tacofleur/Pixabay

With hundreds of dive schools and unbelievably low prices to get qualified, its no surprise that Thailand is such a popular place to go diving. The clear waters ensure high levels of visibility, and the variety of marine life is incredible – turtles, whale sharks and manta rays can all be seen in Thailand’s seas, as well as coral reefs and wrecks just waiting to be explored. You could even take it one step further and become a dive instructor yourself, making this beautiful country home. 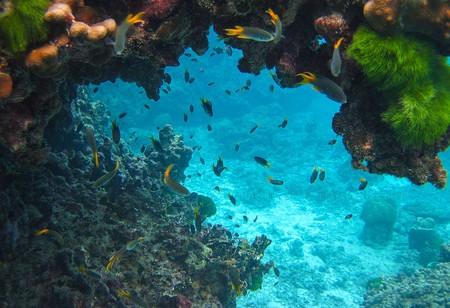 Plenty to see under the sea | © Phuket@photographer.net/Flickr

Thailand isn’t all beaches and islands – it’s also home to incredible national parks that stretch on for miles and are home to dramatic waterfalls, peaceful lakes and more wildlife than you can shake a stick at. There are several options for trekking, both for novices and experienced trekkers, or if that’s not your cup of tea you could explore the many bike trails or kayak in the lakes and rivers. 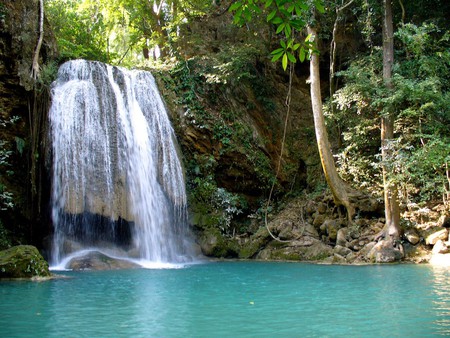 Take ‘that’ picture at Maya Bay

Yes, you know the one we’re talking about – up to your knees in water, positioned between the beautiful backdrop of the mountains, trying to look as candid as possible. Everybody does it, and whether it’s for Tinder or just to stunt on social media, you’ll do it too. Make sure you get there early enough to avoid having to crop out a bunch of tourists who dared to get in the way of your shot.

Lose – or find – yourself in Pai

A part of Thailand’s famous Mae Hong Son loop, Pai is a sleepy town located in the northern highlands of Thailand that’s famed for its hippy-esque, laid back atmosphere. It’s near to some truly impressive nature, such as waterfalls, gorges and hot springs, and might be just the vibe you need to relax and re-compose yourself before carrying on your adventures throughout Thailand. 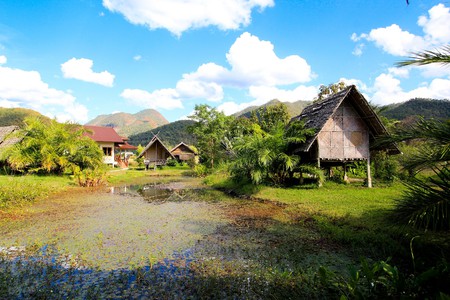 Stepping into Ayutthaya’s Historical Park is like stepping back in time. It’s home to some of the most impressive Khmer-style temples in Southeast Asia, and is a great destination to learn more of what life was like hundreds of years ago in Thailand long before the tourists and the skyscrapers showed up. With intricate carvings depicting Buddhist scenes and statues all around, it’s a fantastic place for those who are interested in learning about different cultures on their trips. 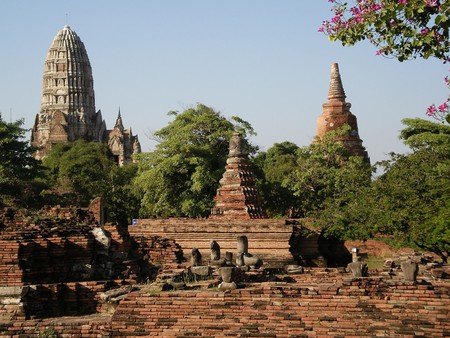 Ayutthaya has many temples | © Rev Stan/Flickr

There’s more to Thai cuisine than pad Thai – much more. There’s a whole host of delicious dishes to try in Thailand, and in such a diverse country it’s only natural that their dishes are just as diverse, too. Southern Thai food tends to be spicier than food you’ll find in the north, and som tam is king in Isaan, but to be on the safe side and make sure you’re not missing out on anything – eat everything, everywhere! Whilst you’re at it, you might want to head to a Thai cooking class to perfect those recipes for once you’re home – after all, you are approaching dinner party age… 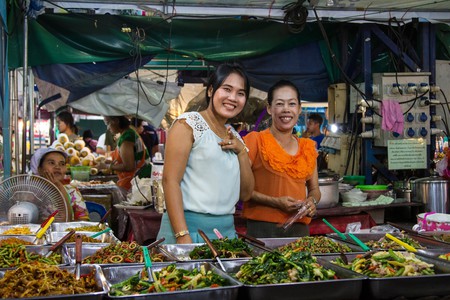 So much to eat, so little time | Johan Fantenberg/Flickr 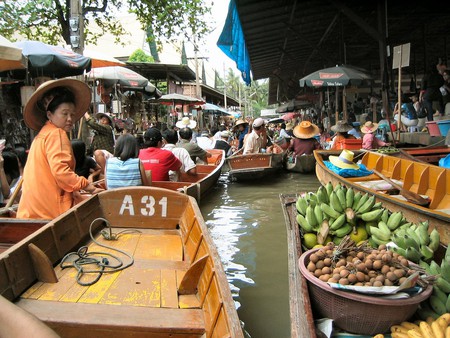 You’re bound to be out of your picky-eating stage by now, so do as the locals do and head to the markets for dinner and shopping. There are a tonne of markets all over Thailand, from ones that float to ones that go on all night, so make sure you’re getting a feel for the real Thailand and the real sights and smells of the country by heading to any you come across. You’ll come away with clothes at bargain prices, a new favourite dish and an air of superiority over those languishing in the shopping centre food courts.

Head to the Full Moon Party

Nobody says you have to stop partying in your 20s, but by the time mortgages and children become a priority it may be the last thing you’ll want to do. Head to Koh Phangan for its famous Full Moon Party for one final blowout at the end of your trip before you go home to responsibilities and routine. You’ll feel better for it, and you’ll also get to recover on a paradisal island – which sure beats the sofa back home.