The 11 Spiciest Dishes in Thailand, Ranked 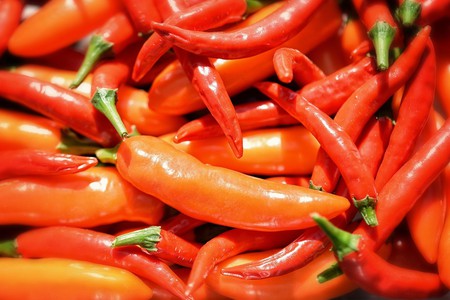 Can you handle the heat? | © Frantisek_Krejci/Pixabay

Thai cuisine is amongst the most delicious and diverse in the world, with masterful combinations of spices and ingredients combining to create dishes that are tasty, aromatic and – more often than not – spicy. Unless you’ve got a grasp of the Thai language, ordering food at night markets can be akin to playing Russian Roulette, unaware of what exactly it is you’re ordering and unsure of whether it will set your mouth on fire. To make things a little easier for you, here’s a list of the 11 spiciest Thai dishes – essential reading for any would-be visitor to the Land of Smiles.

Coming in at number 11 is neua pad prik, a spicy dish with more chilli than most can handle. Cuts of beef, pork, chicken or fish are cooked alongside peppers, onions, garlic and basil and – of course – the bird’s eye chillies. The result? A fiery dish that’ll leave you perspiring and reaching for extra rice in an attempt to dilute the spice. For those who can handle the heat, it’s a delicious dish, but if you’re a little worried, you can always ask for less chillies or substitute them for peppers. 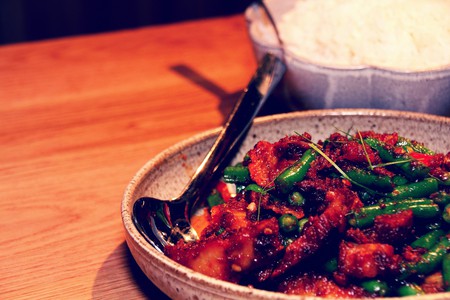 Translating as “fried rice with chilli paste from hell”, despite the ominous title it’s only just scraped into the top 10. Sun-dried chillies are pounded in a pestle and mortar alongside garlic, palm sugar, shrimp paste and fish pieces, before being fried alongside rice and served. Whilst rice usually offers some respite from the intense chilli flavours in Thai cuisine, here there’s no escape, as the rice is coated in this devilish “chilli paste from hell”. If you can stomach it, the taste is great – but sadly many who visit are left struggling. 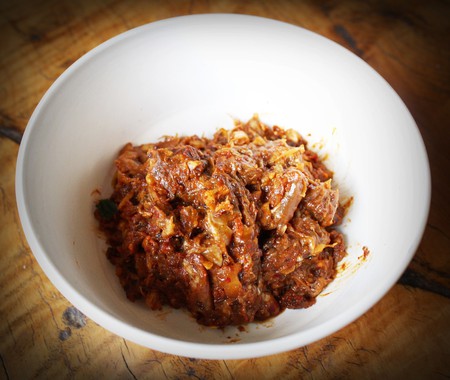 Whilst many variations (for foreigners) might not seem too spicy, when prepared properly pad ka prao makes for a pretty spicy dish. Popular made with fish, chicken and pork, pad ka prao features overwhelming tastes of the holy basil after which it’s named and the fiery heat of the chillies that are added liberally to the dish, combining to make a meal that’s incredibly tasty as well as spicy. One of Thailand’s most popular and best loved dishes, if you’re feeling brave ask for it spicy – and you’ll get the traditional version that existed long before the foreigners complained about the heat. 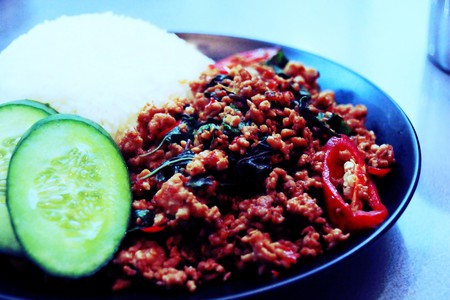 Thailand’s much loved soup dish tum yum kung comes in at number eight, thanks to the fried chilli and chilli paste that makes for the base of the soup. Throw in galangal and lemongrass, and you’ve got a hot, aromatic dish that’s not for the feint hearted. Its fiery reddish-orange colour should set alarm bells ringing as to its spice level, and it doesn’t disappoint, with the heat radiating through to all parts of your body. Chicken soup might leave you feel better after a cold, but for a real kick up the back side, try tom yum kung if you’re suffering from the flu – it’s guaranteed to get you moving. 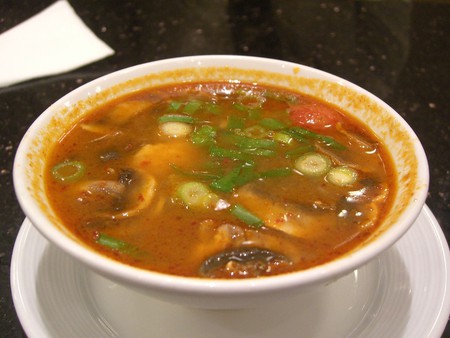 In the west, salads are usually quite bland, and they certainly aren’t spicy. Well, Thailand didn’t get that memo, as laab is one of the two popular Thai salads to make this list. A popular dish in Laos as well as in the Thai region os Isaan, rice is toasted and pounded before being added to a mix of pork or chicken, mashed chillies and onions, to create a deceptively spicy dish. The first few mouthfuls might seem manageable, but the spice quickly grows to almost unbearable levels, and suddenly your “play-it-safe” salad option has backfired spectacularly. 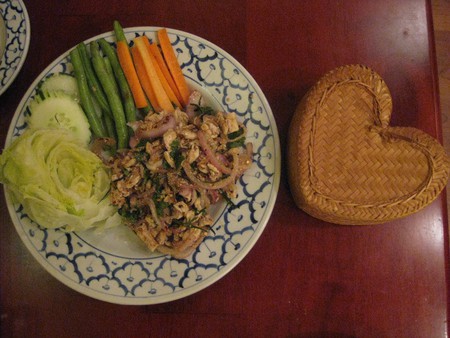 Another incredibly spicy Thai soup, tom klong pla grob may look innocent thanks to its almost-transparent brown colour, yet it’s anything but. A sour and spicy soup, dried fish and dried chillies are two of the key ingredients of the dish, along with galangal, kaffir leaves and lemongrass. Whilst many Thais may find it a refreshing dish, the reality is that most in the West will be left struggling – a shame really, as it’s actually pretty delicious. 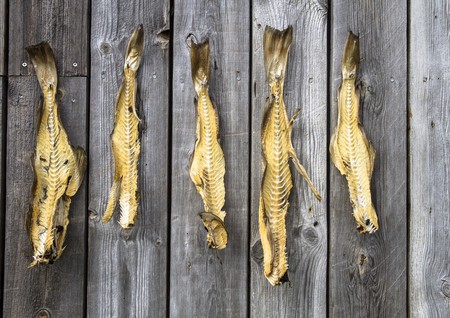 We’re getting seriously hot now as we enter the top five, and the lesser-know tom laeng. Pork bones are boiled until the meat is soft and coming away from the bone, along with spring onions and copious amounts of green chillies. On first glance, the clearish broth with meat and green vegetables floating in it might look like your nan’s homemade chicken soup, but don’t be mistaken – it’s incredibly hot, and bound to be the next Thai dish you see plastered all over social media. Eat at your own peril. 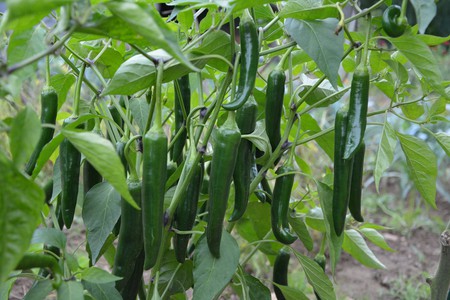 If you don’t see gaeng som, you’ll certainly smell it. This notorious orange curry from the south of Thailand has a distinctive spicy smell that will singe the hairs up your nostrils. A thin, soup-like curry, gaeng som gets its spice from the shrimp paste and bird’s eye chillies that are used and its sourness from the presence of tamarind, which also lends to its distinctive colour. Usually containing fish or shrimp, it’s served typically alongside boiled white rice, but be careful – the runny nature of the curry can quickly lead it to saturating your rice, leaving you with no escape from its considerable heat. 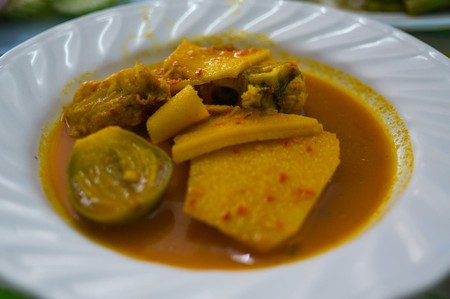 Isaan’s firely papaya salad som tam takes the bronze medal in the list of Thailand’s spiciest foods – though depending on where you eat it or who prepares it, it could just as easily have taken the gold. The unripened papaya is tangy in taste, and served with a pounded mixture of salt, lime juice, fish sauce, coconut sugar and – of course – a liberal handful of fiery hot chillies. The presence of these diverse ingredients works tremendously well, creating a dish that’s balanced in flavour – though more often than not incredibly intensely spicy. Folks in Isaan will eat it as though it’s a bland as boiled rice, but visitors to Thailand will undoubtedly be left sweating and in agony – don’t say we didn’t warn you. 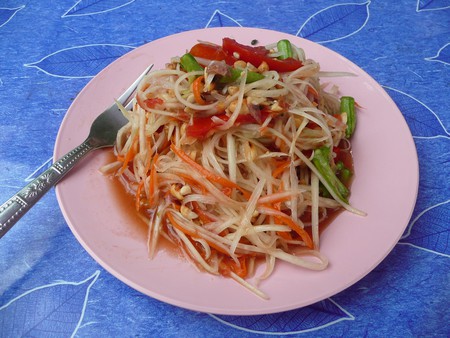 Another south of Thailand specialty, kua kling is a dry curry that takes no prisoners when it comes to its spicy taste. It’s much simpler to create than a lot of Thai dishes; a curry paste consisting of chilli, pepper, lemongrass, garlic, turmeric, galangal, salt, and shrimp paste is added to meat that’s roasting in a pan, and mixed together until it’s cooked. Available with either pork, chicken, fish or beef as the meat and served along with rice, there’s no foreigner-special version of gaeng kua kling, with every version you find in the south of Thailand sure to knock your socks off. Are you up to it? 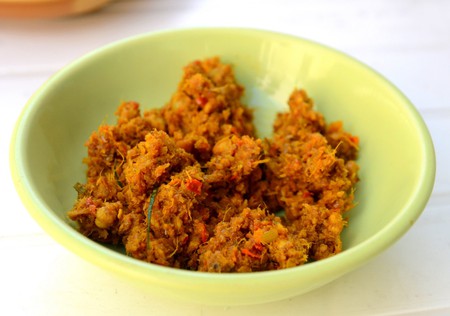 It’s a southern Thailand double, with gaeng tai pla romping home to take first place in the list of spiciest Thai dishes. If you attempt to order this curry, don’t be offended when a waiter tells you that it’s extremely spicy – they’re only looking out for you. It features the typical southern Thai ingredients of dried chillies, galangal, turmeric and kaffir leaves, as well as fermented fish innards, fish, pumpkin, eggplant, yardlong beans and bamboo shoots to create a curry that’s salty as well as devastatingly spicy. Persevering through the pain barrier and finishing this curry is sure to elicit wry smiles from those in the restaurant who will have gathered to witness the farang break down from the heat and call his parents for help. Make sure there’s a convenience store nearby, because when you’re done you’re going to need a heck of a lot of milk and ice cream to soothe your fiery mouth. 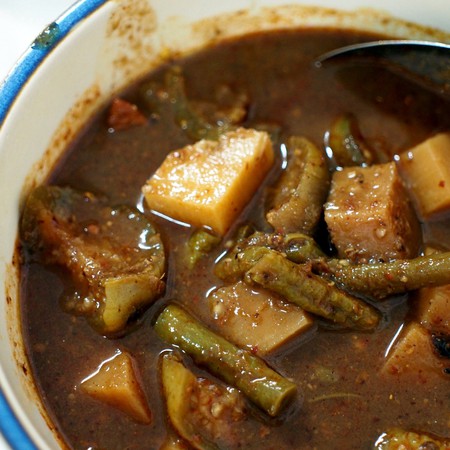