The 10 Most Haunted Places in Thailand 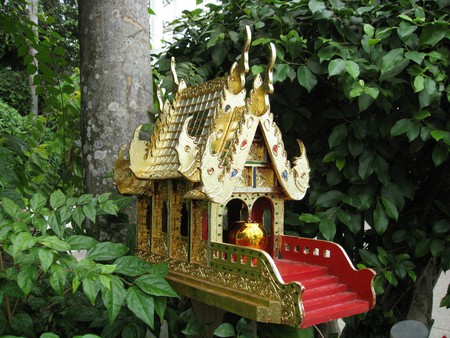 Despite being a predominantly Buddhist nation, animist traditions and supernatural beliefs are tightly woven into day-to-day spiritual practices in Thailand. Looking to add something different to your trip? Check out some of the country’s (reportedly) most haunted sites.

Ghosts are a big part of Thai culture. Many Thai people, if pressed, will admit to not only believing in paranormal beings but also to having seen at least one with their own eyes. Spirit shrines, amulets, and lucky symbols are everyday sights throughout the nation. Shamanic spirit doctors, or mor phi, are still common within communities.

Even Thailand’s main airport isn’t safe when it comes to things that go bump in the night. The modern Suvarnabhumi Airport was constructed on the site of a former graveyard and spirits of the deceased are said to now roam the area. More disturbingly, some people claim that departed souls are not averse to possessing airport workers. Shortly after the airport opened, 99 monks took part in a nine-week exorcism ritual. Reports say that a young baggage handler was possessed by a man called Poo Ming, who used to take care of the cemetery. Car crashes, aircraft problems, and unusual apparitions are all attributed to the work of ghostly forces. There are now regular spirit ceremonies in the airport, and several shrines have been strategically erected to appease unhappy ghosts. 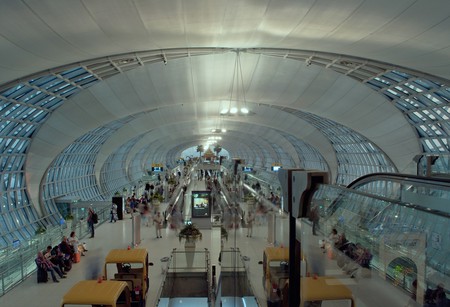 Also known as White Lion House, Jangmuarinnakorn House is purportedly one of the most haunted buildings in Chiang Mai. The large and now run-down baroque mansion is relatively new, dating back just a couple of decades. Local legends say that the landowner was warned that the plot was unlucky, yet he failed to heed their advice and built the grand home anyway. According to stories, the owner eventually went insane and violently killed his entire family inside the house. Unsurprisingly, nobody wants to buy the haunted house and it now stands empty and decaying.

Kanchanaburi’s River Kwai Bridge and Hellfire Pass were built as part of the ambitious Thailand to Burma Railway during times of Japanese occupation. Often referred to as the Death Railway, it’s perhaps little surprise to know that places along the railway are considered to be among Thailand’s most haunted spots. Labourers who built these structures included prisoners of war and locals, all forced to work in horrific conditions. Many people died, from accidents, starvation, sickness, and murder. Statistics indicate that one person died for every sleeper along the 415-kilometre (258-mile) railway. 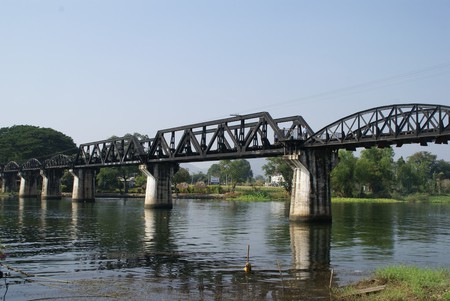 Many people died during the construction of the River Kwai Bridge. | © Patrik M. Loeff / Flickr

A small island near Koh Lipe in Satun Province, local myths tell of the God of Tarutao cursing Koh Hingham. Nobody lives on the island, though it is possible to visit on a day trip. Small, smooth pebbles cover the beach, and locals say that anybody who removes even one stone will experience the wrath and vengeance of the fearsome god. The National Park Office receives several stones returned by mail each year, with people who ignored the warnings hoping to break the curse.

Located in what was once the tallest building in Bangkok, the Baiyoke Sky Hotel is one of the highest hotels in Southeast Asia. There was a tragic accident during construction of the 88-storey tower, whereby three workers plummeted to their deaths. Perhaps enraged by unsafe equipment and working practices, the souls are now said to haunt the high-class hotel. Guests and staff members have reported a variety of strange happenings, including things mysteriously moving and creepy shadows. 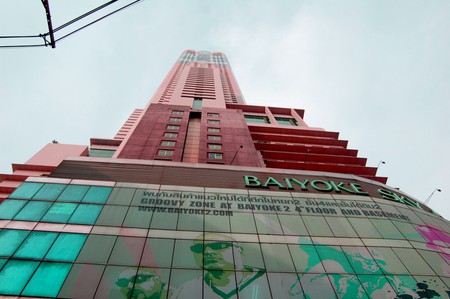 Baiyoke Sky Hotel is said to be haunted by deceased workmen. | © Net / Flickr

Koh Kham Noi is a small island off the coast of Chonburi Province. It was used as a burial site in the past, acting as the final resting place for people from diverse nationalities, cultures, and religions. The island is often referred to as Ghost Island by locals because of its eerie reputation, and visitors have claimed to hear unusual sounds and see strange otherworldly visions.

Many of Thailand’s ancient cities are said to be haunted, and Ayutthaya Historical Park is no exception. Many people believe that a variety of ghosts roam the ruins; even a Thai prince reported seeing the headless apparition of Pu Som Fao Sap watching over the treasures at Wat Kudi Dao. As well as natural deaths, many people died in the area during brutal clashes with invading Burmese forces. Upon capturing the Siamese capital, Burmese troops went on a looting spree before damaging many of the splendid buildings. 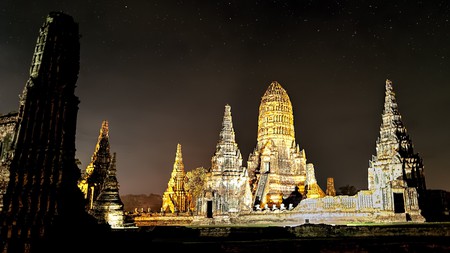 You may want to think twice about exploring Ayutthaya’s ruins by night. | © Armand Rajnoch / Flickr

Samut Prakan’s coastal area of Bang Pu is home to one of Thailand’s oldest industrial estates. Bang Pu Industrial Park is at the heart of the nation’s leather industry, but there is one particular shoe factory that nobody dare step inside today. After an accident killed a number of workers and injured many more, employees started to report ghostly encounters. Many staff members found alternative employment as a result and the business began to flounder. Facing ruin, the factory owner committed suicide in the building. It has since been sealed, leaving it to the tortured souls that haunt the passageways and workrooms.

Khao Lak is a beautiful seaside town in Phang Nga Province. In 2004, it was all but destroyed by a devastating tsunami. While many places in several countries suffered casualties and damage after the huge earthquake in the Indian Ocean, Khao Lak saw Thailand’s greatest loss of life. It is estimated that at least 4,000 people perished on December 26, 2004. The resort has risen from the debris, with homes, hotels, and businesses gradually being rebuilt and repaired. Many Thai people believe that the coastal area is haunted by the tsunami’s victims, and guests have reported strange occurrences in many local hotels. 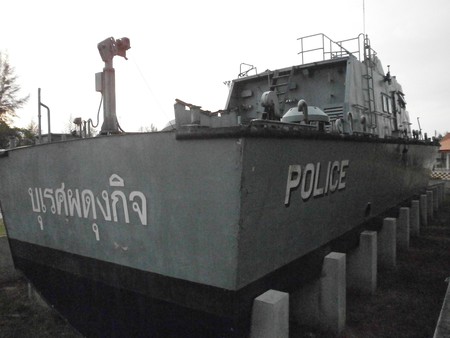 Udon Thani’s Kamchanod Forest is entirely surrounded by waterways. There are caves underneath the island, said to contain the mythical kingdom of Phaya Naga. Folklore says that the huge serpent-like creature sent gigantic flames into the sky to help the Lord Buddha reach heaven. Diverse ghosts are said to haunt the forest, including a group of movie-loving departed souls.