The 10 Most Haunted Places in Bangkok 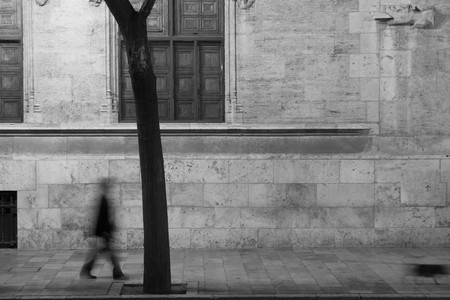 Look out for things that go bump in the night and visit some of Bangkok’s creepiest haunted places.

Fans of the paranormal, supernatural and uncanny won’t be disappointed in the Thai capital of Bangkok. In a country where superstitions and tales of ghosts are everyday matters, it’s not surprising to find that Bangkok has more than its fair share of reportedly haunted spots. From eerie old buildings with dark histories to more modern sites, some of Bangkok’s haunted places are sure to send a shiver down your spine.

While there may be nothing too spooky about Ratburana’s current police station, the area’s abandoned former building is a different matter. A number of officers deserted the station before the local authority decided to close the cop shop and build a new one. Rumour has it that the old police station is haunted by malevolent forces that cause inmates to kill themselves in order to feast on their souls. An unnaturally high number of detainees committed suicide while in the cells, most of who were inside for relatively minor offences and would have had seemingly no reason to want to end their lives.

Surrounded by a bustling shopping and commercial district, Ratchaprasong Intersection sits on the site of a former royal palace: Prince Chudadhuj Dharadilok’s Palace. Locals say the place is cursed, and several shrines were built to try and appease evil entities. One of the most famous shrines in the area is the golden Erawan Shrine, dedicated to Phra Phrom, the Thai version of the Hindu God of Brahma (the God of Creation). Over the last couple of decades, the shrine has seen several bad events, including a bombing (with fatalities and injuries) and a car crash (with injuries). Many people are quick to blame these unsettling incidents on the work of evil ghouls. 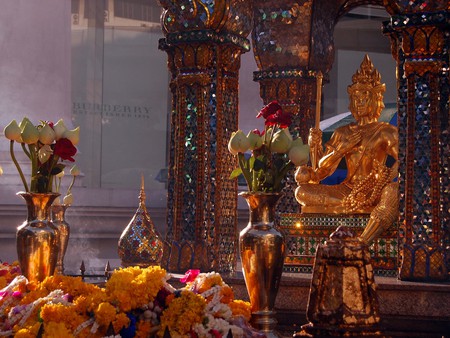 An eerie, abandoned and decaying former pen factory lies close to Kasem Bundit University. Several workers agonisingly perished in a huge explosion during construction of the factory, their tortured and angry souls said to still roam the area today. Workers always felt ill at ease and strange events were often reported. The owner was later shot in his office when business floundered. The large pen factory looks the part of spooky, and visitors have reported a deathly chill upon entering. Feeling brave? Knock on the water tank three times to supposedly summon poltergeists.

This abandoned home on Ramkamhaeng Soi 32 never fails to send shivers down spines. While a former owner was away, a burglary went horribly wrong, resulting in the brutal murder of the maid. The owner sold up after hearing plaintive cries in the emptiness. The subsequent owner was also disturbed by sorrowful sounds, and the sight of a woman pacing the hallways and garden. Deserted for the past two decades, people still report hearing ghastly screams and cries for help from within its walls.

Located in Pathum Thani Province in the wider Bangkok area, the hauntings at the Thai Lemon Foods Factory are especially disturbing. It is thought that an elderly lady from the neighbourhood is actually a famous Thai ghost. In 2008, CCTV cameras captured the strange spectral sight of a glowing female head with the ‘body’ of Krasue. In Thai lore, Krasue is a female ghost with her entrails hanging below her head. She is said to come out at night to hunt, in order to satisfy her raging hunger, feasting on blood and raw flesh. In the daytime, Krasue lives like a regular person, with a detachable body that allows it to blend in with society. People claim that the sinister CCTV images from the Thai Lemon Foods Factory show a lady who lives nearby, having discarded her body to hunt with her true ghoulish form.

Bangkok’s main international airport, Suvarnabhumi (BKK), is one of the city’s most haunted sites. Built on a former burial ground, many people believe that the souls of the dead now lurk around its terminals. There was a huge exorcism ceremony after the airport opened, which featured 99 monks praying and chanting for nine weeks. A member of ground crew was reportedly possessed by the graveyard’s former caretaker (a man called Poo Ming), and strange behaviour from other workers has been put down to ghostly possessions. There have been reports of otherworldly visions, and it’s common for crashes and technical problems to be blamed on supernatural forces. For example, in 2013 when a plane skidded off a muddy runway and injured 14 people it was said to be the work of evil spirits. Locals believe that the many shrines and regular rituals will help to keep unruly spirits in check. 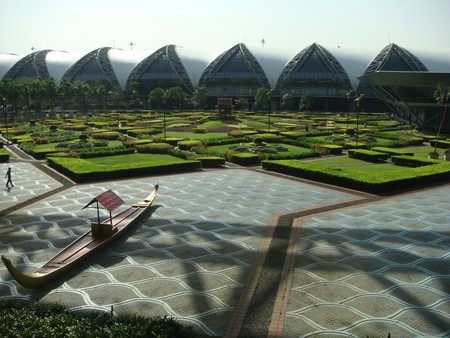 Baiyoke Sky was Bangkok’s tallest hotel when it was built in 2011. Poor construction practices resulted in the death of three workers, who tragically plummeted to their deaths when a supporting cable broke. Today’s guests often complain about strange and unexplainable things, including items mysteriously vanishing, spooky noises and eerie chills. Watch out for dark shadows and be prepared to feel a little off balance if you check into a room here. 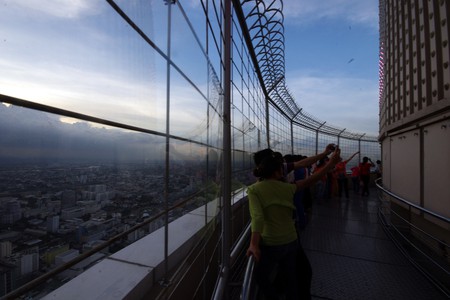 There’s a ‘graveyard’ for old vehicles at Soi Sai Yood that houses several buses that were involved in large-scale accidents. The wrecked shells are now said to be home to a number of ghosts, including the tormented souls of people who died in road traffic accidents. Reports say that cars passing by late at night are often dazzled by the stark glare of headlights and met by phantom hitchhikers. Other people claim to have seen people dashing in front of their cars, disappearing into thin air right before the moment of impact. Adding even more spookiness, taxi drivers have reported picking up fares from the area, only to have them vanish from the seat. It’s definitely not an area you want to drive around alone in the darkness.

Bangkok’s Wat Mahabut is home to the Mae Nak Shrine, a memorial to a famous ghost from the local area. Tales say that Mae Nak died in childbirth while her soldier husband was away at war. She presented a normal life when her husband returned, him none the wiser that he was living with a ghost. When people tried to tell him, they met with unfortunate circumstances, sometimes including death. Eventually, her husband realised his wife was in fact a spirit and he fled to the temple for safety. The angry Mae Nak released her fury on the village, causing accidents, injuries and bad luck. Her spirit is still said to lurk around the temple grounds, though locals hope to pacify her by leaving offerings at the shrine.

Piyaporn Gated Community stands at the heart of the bustling Soi Watcharapol. It is said that the housing complex was developed on the site of a graveyard and that builders neglected to perform rituals to honour and appease the dead before work began. Numerous problems occurred during construction and a number of workers met with accidents (fatal, severe and minor). Three children drowned in the village lake and building finally ceased. Many Thais won’t go anywhere near the unfinished project today, stating that there are many angry ghosts in the area who will appear in the dark.